An area-specific Development Charges (DC) study for Wellington was up for discussion at Thursday’s Committee of the Whole meeting.

The reason for the area-specific DC background study and bylaw is firstly to acknowledge that the County presently imposes charges for water and wastewater through a connection charging by law, and does so on a County wide basis, Grunda explained.

The intent on using this bylaw, he said, is to address and facilitate the servicing requirements for the Wellington community for water and wastewater and to do that specifically through this mechanism as a funding tool. Grunda further explained this reflects the County’s intent that occurred through the Water and Wastewater Adhoc Committee and 2017 DC Background Study, which sought to “incorporate water and wastewater in the development charges realm as opposed to maintaining that in the Municipal Act charge for connection purposes.

Grunda told council the study, which was first addressed in September of last year, reflects the need to determine charges related to the benefits of existing service and development levels in the community with anticipated deductions in capital costs.

“There will be benefits to the existing level of service of the existing community, whether that’s replacing existing capacity demands in treatment plants or addressing current levels of service in the distribution or collection infrastructure so those deductions need be made as well,” he said. “That informs the net DC recoverable costs that underlie the calculation of the charge.”

The non-residential development would be facilitated through the construction of industrial, commercial and institutional needs on approximately 28 net hectares of developable land and based on those densities of employment, it’s expected that approximately 927,000 square feet of gross floor building area of non-residential development would be required, Grunda explained.

The share of the total cost that would be attributable to residential development in the area, Grunda explained, is about $46 million, or 48 per cent. Non-residential would be just under $30 million, or 30 per cent. For existing service level and development, $18.6 million or 19 per cent is covered.

“These charges compare with other communities – so firstly you’ll see comparison again of the residential single-detached unit of two bedrooms, this includes not only the water and wastewater connection charges in the proposed area-specific charge for Wellington, but also includes the existing DC charge imposed for other non-water and wastewater services like transportation, parks and recreation, for example,” Grunda explained.

The overall DC connection charges, payable today, would be $18,388, he said, which is comparable to charges in Brighton.

“With the proposed area-specific charge in Wellington replacing that connection charge, the total DC that would be payable would be $28,500 approximately. That would see the relative positioning be more comparable to charges in North Grenville, Cavan-Monaghan and areas of Cobourg East,” he added.

The current charge today of $5.53 for the connection charge would be replaced with the area-specific charge of $34.14 per square foot, well above competitors. 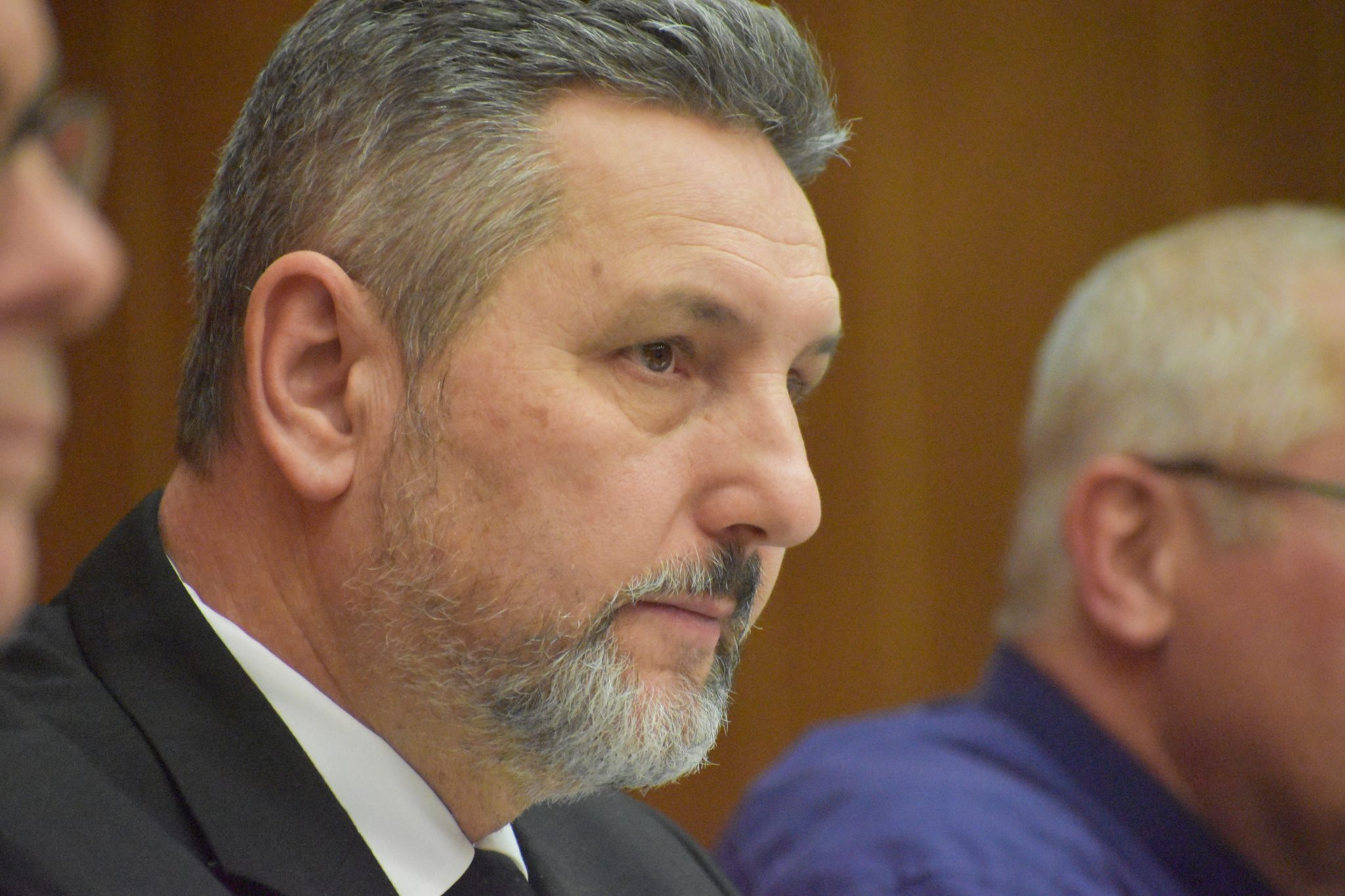 Coun. MacNaughton expressed concern about the impact on ratepayers.

“This just seems like an enormous amount of risk to be taking on and I really don’t know if there are enough ways to offset this risk to give me confidence. Particularly, I’m not even clear that the full plan for servicing Wellington necessarily meets, at least my vision of Wellington’s future long-term, but I’m just one person,” she said.

MacNaughton asked whether or not staff will be communicating directly to ratepayers through their water bill mailings, so they are kept updated on upcoming meetings or risks.

CAO Wallace responded stating that County staff are in the process of having conversations around an “up-front financing agreement for the four largest developments.”

“What we are hoping for is that we have a draft agreement before we come to council on the 25th so we’d have a better idea of how this might impact, and then the ratepayer piece will also get more flushed out as look to the next rate study, which is something we’re doing this year because our existing rates expire at the end of 2021. So, there will be full consultation on that piece before we get too far into this,” she assured. “We see that there is risk now with an Official Plan and a Secondary Plan that permits growth that we cannot service under the current situation, so we cannot approve any more development even though our Secondary Plan says it’s allowed. Eventually we will be having a legal risk, not just a financial one, for not meeting our obligations to match up with our own planning framework. So, this was the effort to try and address that gap and address a risk that we already saw.”

Peter Moyer, Director of Development Services, added that the rate study would need to reflect any of these new rates reflective in the DC Study, solidified with whatever arrangement we come up with the developers.

Around public involvement risk, Coun. Roberts urged that water users in Wellington be a part of the governance.

“Wellington water consumers are largely left out of the governance and management of their own water utility they are using, and they pay the entire bill, as do other settlement area. At least some kind of water or wastewater utility, authority or commission that brought in users into the management and governance would provide some kind of consistent and direct connection. These are huge numbers with huge risk involved and to pretend that this is some sort of meaningful public exercise with those users I think is fraught with a lot of doubt. We’ve had an Ad-Hoc Committee, but should we at least have some consideration, even a discussion, about a permanent commission or authority that includes residents?” he asked.

Coun. Maynard suggested phased approaches to limit dramatic rate increases to citizen’s bills should be a consideration, noting the proposed numbers are “staggering.”

“Until we see that, I think the risk is too high. That’s something the public needs to see,” she said.

“Now we’re looking at development in Wellington that’s been sort of rapidly going ahead for the last 10 years and having to apply upwards of $100 million that we won’t have to fix the infrastructure we already have,” he said.

Bolik said he challenges staff to re-examine where growth should happen in the County.

“We don’t have industry. We don’t have commercial. I don’t see that happening in Wellington or even Picton, for that matter,” he continued. “Our population has hovered around 25,00 for the last 20 or more years. We’re not growing, but we’re changing, so perhaps we have to look at a different way.”

Building near existing water pipes to build at little costs or infrastructure located in places where there are nearby employment opportunities was a suggestion he raised.

“I challenge staff at this point, to think outside the box and perhaps come back to us with some ideas of where we can get our most bang for our buck rather than continuing down the road where the developers have led us and look at a new direction that will mitigate the cost to the taxpayers of this County while improving quality of life for everybody,” Bolik said.

The background study and proposed by-law will be taken under further consideration and final approval next month at County Council on Feb. 25, 2021.