Water, water everywhere but much too costly to drink.

You can hardly blame some of Prince Edward County’s councillors for being affected by sticker shock and the presentation by Watson & Associates Economists Ltd representative Andrew Grunda on Thursday had them popping their eyelids and furrowing their brow had they not already gotten wind of what its going to cost to upgrade water and wastewater service to the village of Wellington to feed proposed growth.

Close to $100 million is what the estimated cost will be according Grunda’s presentation, a figure that did not sit well with a number of councillors and rightly so.

Of the figures Grunda was offering of the $96.5 million project, $75.5 million dollars would be recoverable through development charges and that would fund the water and wastewater treatment plant, water treatment plant, watermain and sanitary trunks for existing developments such as Fields of Wellington, and water tower upgrading. The share of the total cost that would be attributable to residential development in the area, Grunda explained, is about $46 million, or 48 per cent. Non-residential would be just under $30 million, or 30 per cent. For existing service level and development, $18.6 million or 19 per cent is covered.

While there’s no question Prince Edward County needs more development to add to the housing stock and take some steam out of the local real estate market, we would heartily echo Councillors Andreas Bolik and Bill Roberts concerns on the matter when it comes to what was put forward for preliminary consultation Thursday.

Roberts advocated for a citizen-led water/wastewater commission to allow stakeholders to have some sort of governance of a service they pay dearly for and have no control of. Getting more official function for the local citizenry who feel overcharged for what comes out of the taps and goes down the drain is well overdue. It’s no secret water and wastewater bills in Prince Edward County are prohibitive for those living paycheque to paycheque or on a fixed income.

But before that could even be discussed, Bolik isn’t sure if development was happening in the right location and the councillor is correct when he notes the industrial/commercial portion would likely be a non-starter. If planners and developers have learned only one thing in the last year, it’s that the days of heading off to a central office are definitively over for a lot of sectors, particulary for the sectors of the type of employees that would/could come and settle in Prince Edward County. Industry like Midtown Meats are never coming back and the white collar folks will be working remotely so what are we talking about when it comes to new commercial/industrial connections?

The other point Bolik makes is Prince Edward County’s population (still the second oldest population per capita in the province) provides a conundrum when it comes time to make a multi-million dollar leap of faith. The County’s population has hovered around 25,0000 since the time just after the Loyalists got up and running and while its popularity has never been higher, what are we really looking at in the coming years in terms of buyers and settlers? Is it too much to wonder openly if this municipality isn’t on a precharted course to become Elliot Lake 2.0? If we are that lucky?

Bolik challenged staff to “to think outside the box and perhaps come back to us with some ideas of where we can get our most bang for our buck rather than continuing down the road where the developers have led us and look at a new direction that will mitigate the cost to the taxpayers of this County while improving quality of life for everybody.”

We would agree. Because if Council misses with this one, water/wastewater users and then the municipality as a whole could all wind up getting flushed down the drain. 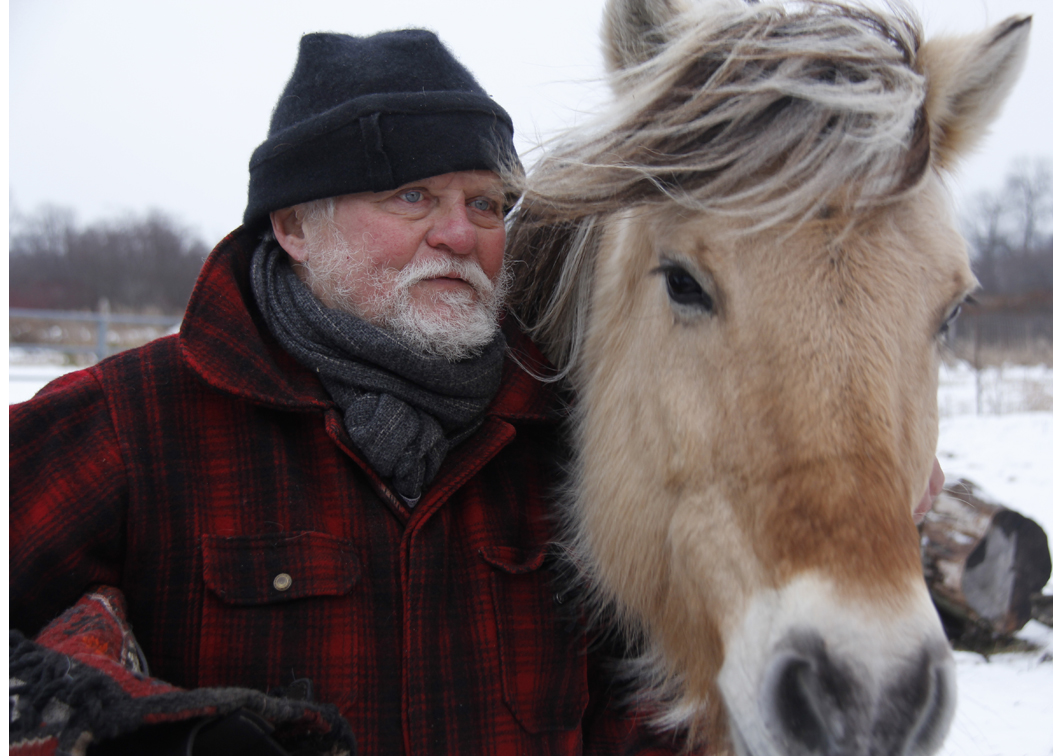 WONDERFUL WALK – While Wednesday was a perfect day for a Walk with Thunder, storyteller Conrad Beaubien had to think on his feet when lockdown news approached yet again. The WWT series was set to meet on Jan. 15 and with the lockdown looming, Beaubien decided to host a private independent walk from the WWT series he and Thunder are currently undertaking in association with DeRAIL and walked with Thunder at Noble Beast Farms. “As the new lockdown was announced I wanted to seize the opportunity to continue to reach out to audiences while at the same time capturing the event for a film in the making,” expressed Beaubien. “While the work of WWT is a great fit for DeRAIL’s mandate of public art in the landscape I am driven to see the work of WWT benefit mental health especially at this time.” DeRAIL is an alternative platform for dialogue and collaboration across disciplinary, geographical and ideological boundaries and is founded and co directed by landscape architect Victoria Taylor and designer and public art curator Galareh Saadatpajouh. For more information on Walking with Thunder please visit https://www.walkingwiththunder.com (Desirée Decoste/Gazette Staff)