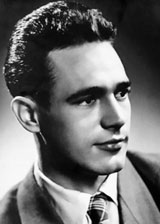 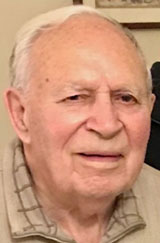 Hendrik Francois Kulker “Kees/Keith”
Jan. 23, 1931 Bergen, Holland
90 years of age. Keith (of Picton) peacefully entered into rest at the Quinte Gardens Retirement Residence (Belleville) on Thursday, February 4th, 2021. Kees was the son of the late Hendrik & Catharina Kulker (nee Burgering) and was the cherished husband to Amélie (nee Swenker) for 65 years. Keith was the loving father of Richard (Kathy) of Rednersville, Yvonne (Joe Borges) of Picton, Ronald (Suzie LatchfordKulker) of Hillier and he is predeceased by an infant son. He was the dearest and proud Grandpa of Derek, Mechelle, Eric, Maya, Kaise and Lucca. Keith is survived by his sister Hetty (Cor) Romkema of Burlington, and his brothers Leo (Ingrid) of Cambridge and Hans (Sheila) of Dryden. He was predeceased by his brother Ton (Hetty) Bollebakker from Holland. He will be remembered by his many nieces, nephews, and extended family. After completing 2 and 1/2 years in the military in Holland Kees immigrated to Canada in 1953 when he changed his nickname from “Kees” to “Keith”. Keith graduated from the University of Toronto – Class of 1958 – Professional Mechanical Engineer. He had a distinguished career working in the oil and gas industry in which he managed several large scale projects working across Canada and in the Middle East. He enjoyed life while raising his family – skiing, sailing, tennis, camping, nature, fishing and traveling were some of his hobbies & passions. In his retirement Keith took up his passion of sailing with his dedicated shipmate Amélie and participated in many sailing races with friends. In the 1990’s he volunteered for CORK (Canadian Olympic Regatta training Kingston). He loved visits from family and cherished those moments.  A special THANK-YOU goes out to all the caregivers who so lovingly cared for Keith over the last couple of years.  Cremation has taken place and Mr. Kulker is resting at the Whattam-Hicks Funeral Home, 33 Main Street West, Picton (613-476-2450). A gravesite service will be held in the spring at Glenwood Cemetery, Picton. Donations in Keith’s memory can be made to the Alzheimer Society of Hastings-Prince Edward or the Prince Edward County Memorial Hospital Foundation. Online condolences for the Kulker family can be made at: www.rushnellfamilyservices.com