The complete sacrifice of sacred real estate on the front pages of the Toronto Star, Toronto Sun and several other major daily print publications brought forth a rather stark message on Thursday, Feb. 4, 2021.

Minus the banner, completely blank newsprint stared back at the reader holding it. At first glance it appeared the challenges of finding a unique, interesting front-page photo in the dead of winter in the middle of a pandemic lockdown had finally gotten to be too much. Heck even as a weekly publication it’s proven to be a challenge.

But a closer look at the page revealed what it was all about: a statement on the dangers of disappearing local headlines due to tech giants such as Google and Facebook refusing to pay a fair price for publishing content created by Canadian news outlets. Fair to say, it did a great job at capturing attention. Before going any further, it’s worth noting that the following is written by a party in the media business with an obvious and heavily vested interest in the health of said industry.

That said, these reporters feel local stories are important and is something all communities should want to keep, regardless if they are in the business or not. The blank front-page message was part of a campaign by News Media Canada, which they’ve dubbed “Disappearing Headlines” and includes a call to action in the form of an open letter to Ottawa.

News Media Canada is pushing for MPs to adopt legislation that allows newspapers to negotiate a fair price for the use of their content. They point to Australia as an example of one country that has put in place measures to allow media companies to strike a deal with the tech giants or hit them with a massive fine if they refuse to cooperate. Media has changed drastically in the 15 years since your humble scribes began putting bylines in the Napanee Beaver and the Picton Gazette.

At last check the schools we graduated from has since done away with the dark room and was now teaching students exclusively how to shoot digital. And then of course there’s the whole digital news is slowly killing print media angle as well.

If there’s one common misconception to debunk about journalism it’s this: the industry hasn’t become obsolete. People still have a desire to know what’s going on in their community and the world around them. It’s the method used to deliver that information that has become a sticking point. Quite likely, you are reading this editorial and many other stories after linking through a social media platform you subscribe to. What’s that old saying about one hand washing the other. What if one hand wasn’t there? If we could toot our own horn here, there are local community stories that simply wouldn’t be told was it not for an independents like the Gazette and the Beaver still existing in the community.

It’s not as simple as newspapers going digital either. According to News Media Canada, Google and Facebook pull in more than 80 per cent of all digital advertising in the country without paying a fair price for the content. Media outlets seeking help from the government is a tricky situation. Readers will rightly wonder if outlets that secure government funding will be balanced in their reporting. After all, if publishing a story meant potentially cutting off much needed funding to an outlet, it would certainly be in their best interest to kill the story or at the very least spin it a certain way. If nothing else, the temptation would be there. However, if the Canadian government were to adapt the legislation as its being proposed, it wouldn’t require government funding or taxes, which makes for a nice work around to allow them to maintain their mandate of holding all governments accountable.

More on the subject can be learned at www.LevellingTheDigitalPlayingField.ca.

Adam Prudhomme and Jason Parks are editors of the Napanee Beaver and Picton Gazette, respectively. 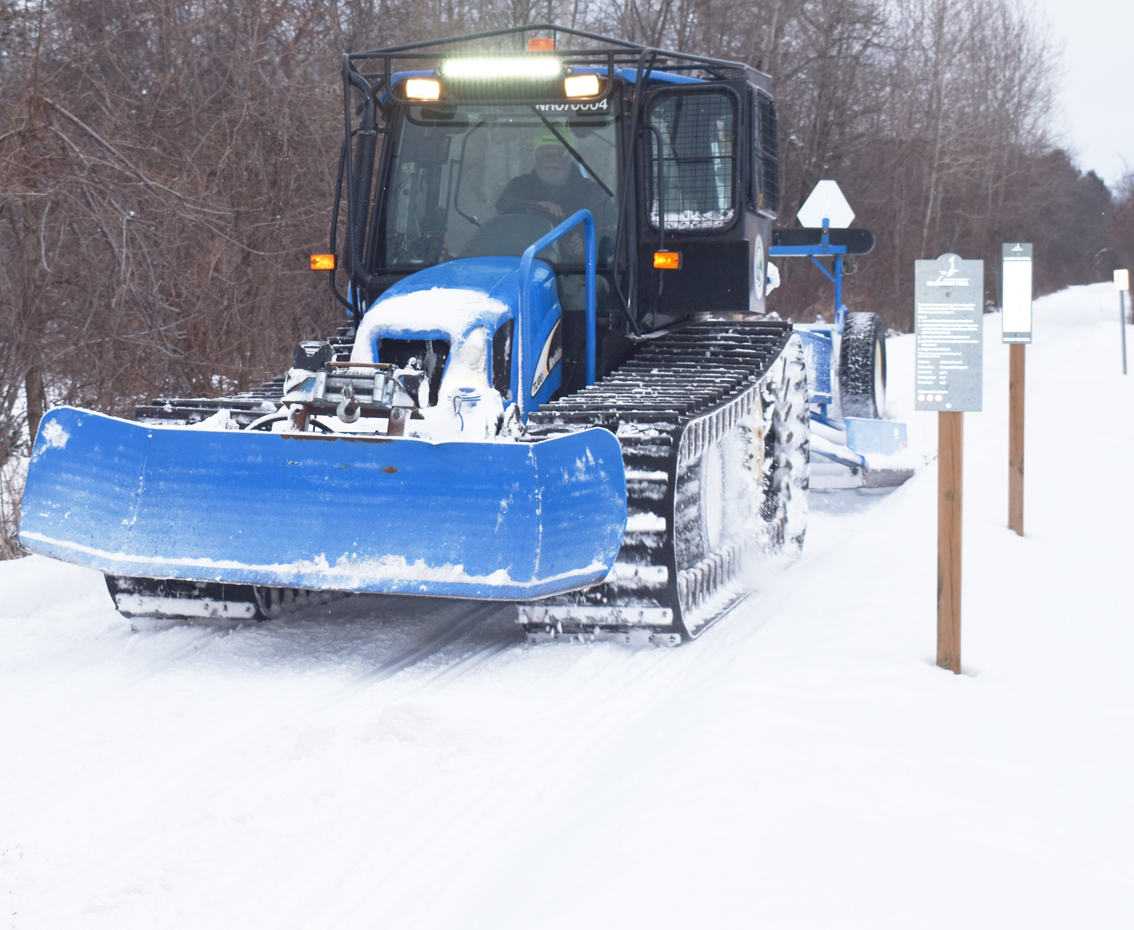 WELCOME SIGHT FOR LOCAL SLED HEADS – Those yearning to explore Prince Edward County by snowmobile are smiling these days as traditional winter temperatures and weather patterns have blanketed this part of the province in enough snow to go riding. Above, Prince Edward Trail Riders Snowmobile Club groomer Operator Dave Mowbray was busy grooming the Millenium Trail this weekend and the 46 km trunk in the local trail system was utilized heavily. The club wishes to remind the public that when grooming operations are underway, it violates County of Prince Edward Bylaws to be on the trail on an ATV or Dirt bike. As well, members of the Prince Edward OPP will be on the trails enforcing motorized snow vehicle and associated Highway Traffic Laws over the coming weeks. (Jason Parks/Gazette Staff)