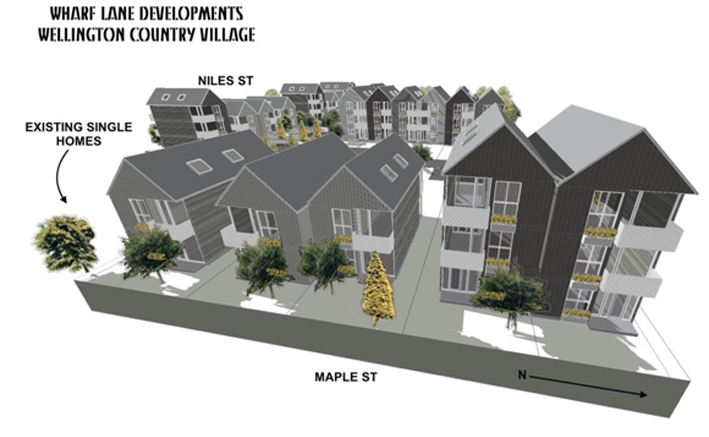 The proposed affordable housing development in Wellington at the former Arena site. (Photo Our Design Vision)

Affordable housing projects are moving forward in Prince Edward County with an emphasis on diversity and education to the general public. 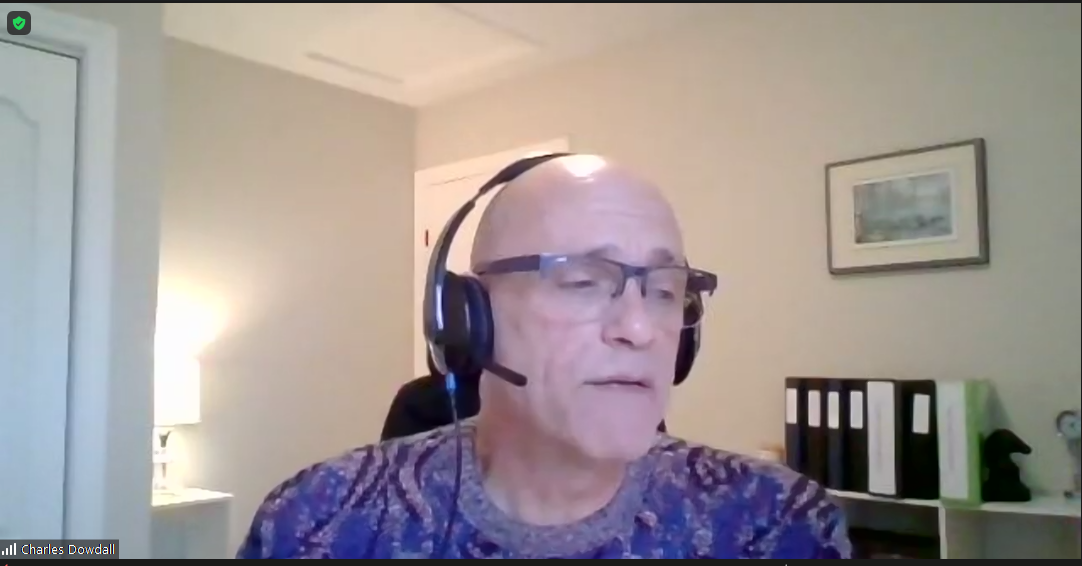 The former Wellington Arena is to become an affordable housing development, which Dowdall says is moving along well.

The projected cost is approximately $5.8 to $6.2 million with an anticipated construction date of December 2021 or January 2022, with occupancy to take place within 12 to 15 months after construction or conversion begins, he said. The intent for the development, Dowdall said, is to have 36 units. In terms of rental prices, he said residents can expect “100 percent affordable rental space in the building,” meaning that the rent will be at least 20 per cent below the median market rent as established by Canada Mortgage and Housing Corporation (CMHC).

The median rent price in Prince Edward County, according to the CMHC, is $950. Dowdall told council the corporation recently secured $180,000 in seed funding from the CMHC for the redevelopment, which will help with costs associated with the due diligence and pre-development components of the project, he said.

The next steps, he continued, will be to begin the second phase of an environmental assessment to gain approval from the Ministry of Environment. The corporation is also undertaking architectural drawings based on two scenarios for the proposed site – the arena structure either being maintained, refurbished or converted versus it being demolished with a new structure put in its place. Public consultation will begin in early to mid summer, he said.

Dowdall said the capital funding for the Picton project will come from the CMHC and the private corporation. An additional 40 to 50 affordable rental units in Picton are being discussed with a local developer, he said, as well as as early discussion surrounding a 30 to 40-unit tiny home community in the County.

Dowdall added the corporation will start a vetting process by a private individual who owns approximately 10 acres of property in the rural area of the County to discuss the development.

“They are very passionate about the development of this community and are intent to see something of this nature developed on their property,” he said..

Coun. Brad Nieman asked if other Prince Edward County areas, aside from the large centres like Picton and Wellington, are being looked at for development, noting Rossmore, Carrying Place and Consecon.

Dowdall said the initial focus is on the larger areas, but has stated to several developers the objective is to be “very broad and be able to service and develop throughout the County.”

In respect to affordable rent prices, Councillor Jamie Forrester said it’s known that affordable housing should be around the $270,000 mark, which he said is still high for a lot of County residents who are only making around $50,000 to $80,000 as a household income. He posed the question around prospective developers potentially building at a lower cost to allow affordable housing to be built.

As an example, he said if an individual is bringing home $2,500 per month, under the Affordable Housing program, the median market rent minus the 20 per cent must equal $750 or less, as established by the CMHC.

Coun. Bill Roberts asked Dowdall to touch on what other affordable housing experts are experiencing, asking “Are we in this alone?”

“This is not unique to Prince Edward County. Colleagues of mine in the rural areas of London-Middlesex, for example, are going through the same thing. In fact, in Southwestern Ontario, the increase in market rent is approximately 31 or 32 per cent year over year,” Dowdall shared. “Prince Edward County, though, has an additional challenge because they have been so successful in marketing the County for what it offers tourism and recreation. That has even put further pressure on the prices in Prince Edward County compared to my other colleagues for affordable housing because there is that even greater migration specific to Prince Edward County from the larger areas, whether it be Toronto or Ottawa.”

Dowdall said the critical issue of a lack of affordable housing is only going to intensify.