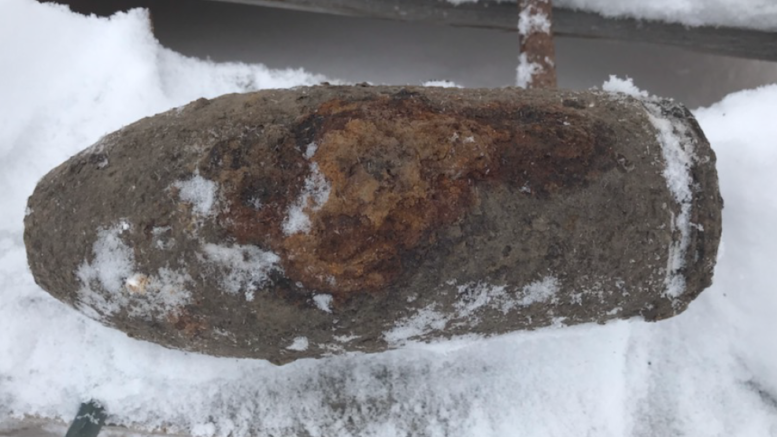 This unexploded ordnance was located in Wellington and safely removed by members of the Canadian Forces on Tuesday. (Submitted Photo)

Members of the Prince Edward OPP are reminding local residents to be wary of both legacy and current day ordnances and to contact the local constabulary upon discovery. 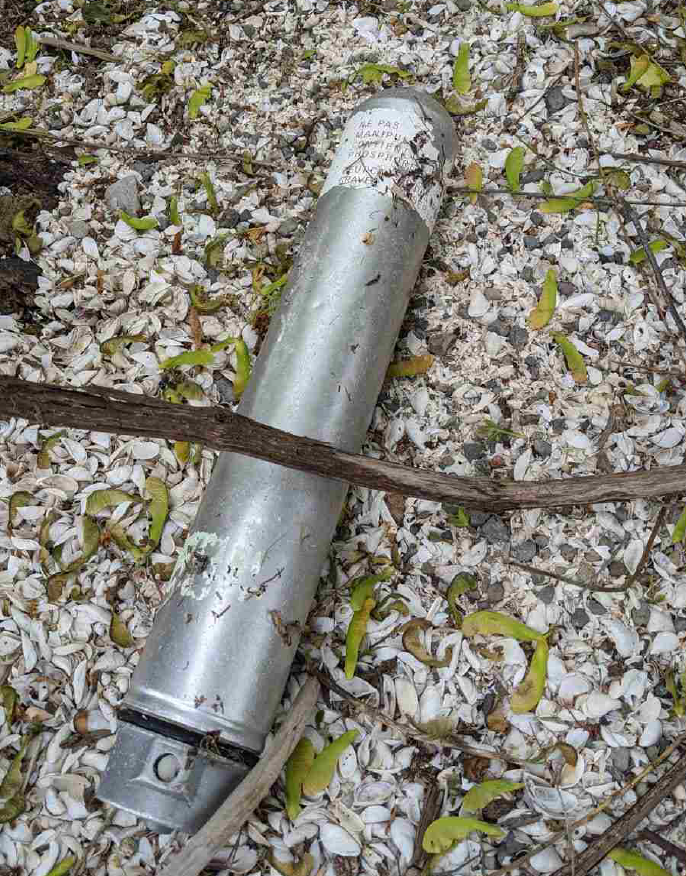 A spent Search and Rescue flare casing washed up on a shoreline in Prince Edward County. (Submitted Photo)

On Tuesday  members from Detachment responded to a weapons disposal call.

Officers attended a residence near Wellington to retrieve what was reported to be an historical military ordnance. Officers attended the address and confirmed the device appeared to be from years past.

With Prince Edward County both serving as a military training grounds in the previous century as well as its proximity to CFB Trenton, there is opportunity for these ordnances to be discovered by chance.

The OPP would like to remind residents not to handle devices like these. Rather, leave it where it is and call police.

In terms of more modern ordnances such as flares that occasionally wash ashore,  these devices are marked with instructions to call police or military and also should not be handled.