In the pages of today’s Picton Gazette, there are two stories that touch on, in varying degrees, the process of the late stages living and dealing with what comes next.

In the independent movie filmed primarly in Prince Edward County entitled Jump, Darling, the late Cloris Leachman play the role Margaret, a local senior who is seeing her mental faculties and mobility decline at an alarming rate. Among many intriguing plot points in the family drama is the familial dynamic between Leachman’s character and her adult daughter and the grandson who are diametrically opposed over what is to be done with Grandma- Long term and monitored care or helpful assistance by the millennial who thinks moving in and taking care of his elder in bucolic Prince Edward County is the best option for all involved.

On Page 11, we have news of a Government of Ontario announcement of an expanded program that targets seniors living at home.The Community Paramedicine for Long-Term Care Program which started as a pilot project is coming to Prince Edward County and is designed to help more seniors on long-term care waitlists stay safe while living in the comfort of their own homes for longer. This program calls for access to health services 24-7, through in-home and remote methods, such as online or virtual supports; Non-emergency home visits and in-home testing procedures; Ongoing monitoring of changing or escalating conditions to prevent or reduce emergency incidents; Additional education about healthy living and managing chronic diseases; and connections for participants and their families to home care and community supports. This will be sweet music to the ears of many beleaguered care givers and adult children balancing career and their own family with the concerns of mom or dad living alone at home.

The program may not be a complete catch-all for our loved ones in their so-called golden years but it’s forward thinking and proactive care from a provincial government that takes on slings and arrows from a lot corners these days, much of it correctly aimed.

But these stories, one of them about fiction inspired by real events and the other a piece of factual news, must ultimately lead to a discussion around the dinner table.

Are mom and/or dad ready for the next move when the mind gets confused and the body isn’t as spry as it once was? Getting old sucks as I’ve been told repeatedly but what’s worse is when there’s no proactive planning in place to deal with the eventualities of aging. With the median age in Prince Edward County nearly 10 years over the provincial average, seniors in this area rely on several community-based supports. Among them, Community Care for Seniors prides itself in helping our elders live at home safely and for longer than would be possible without such services.

This latest announcement by the Ministry will solidify a bridge between an alternative level of care patient that’s waiting for space in longterm care.

But the key to aging safely is to have those tough conversations sooner rather than later so everyone in the decision-making process has input and is apprised on how the path is expected to play out. Even then, plans can change and the aging process is anything but uniform. Have those conversations soon. What’s requested, what’s expected and, most importantly, what’s available. A little planning, research and forethought will go a long way to taking trepidation out of the process. 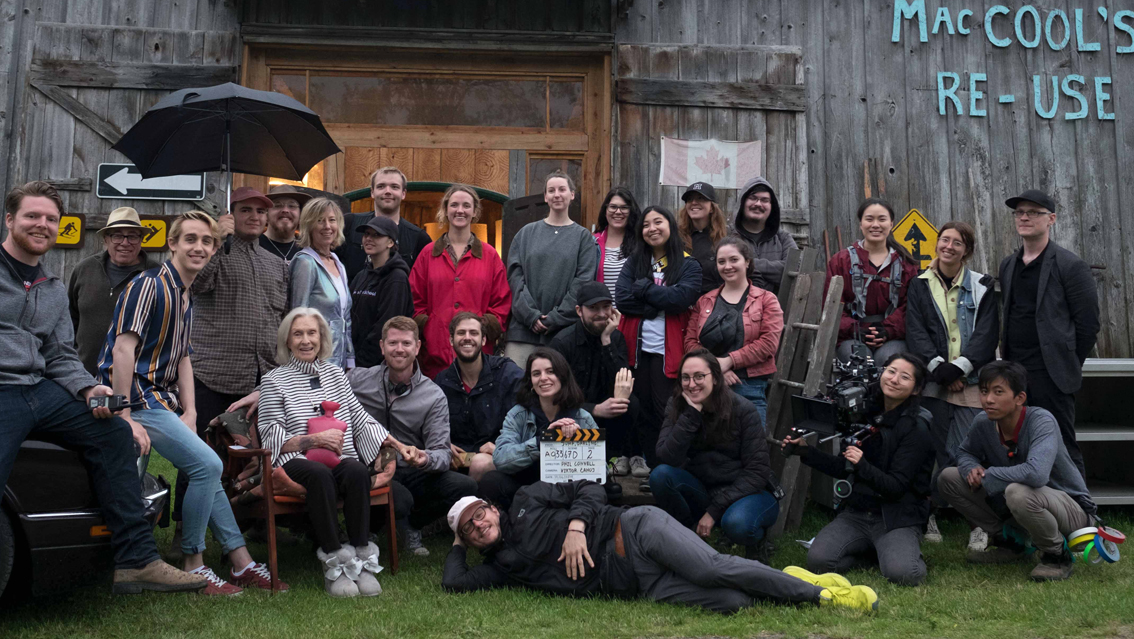 Familiar Landscape – Cast and Crew of Jump, Darling including leads (third and sixth from left) Thomas Duplessie and the Late Cloris Leachman as well as Producer/Writer/Director Phil Connell (to the right of Leachman) pause during filming in 2019 for a photo outside of MacCool’s Re-Use store on County Rd. 12. The second hand shop in West Lake is just one of several noticable Prince Edward County backdrops and settings in the independent film set to be released on Video-on-Demand platforms on March. 9. For more on the film and Connell, please see story . (Submitted Photo)