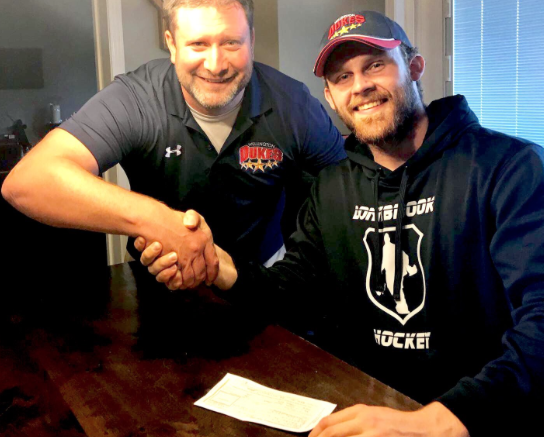 While the on-ice activity has remained nearly dormant for a calendar year, there has been a significant shake up off the ice concerning the Wellington Dukes.

The hockey club announced in a media release Monday that Todd Reid “has resigned his position as General Manager of the  Wellington Dukes”. 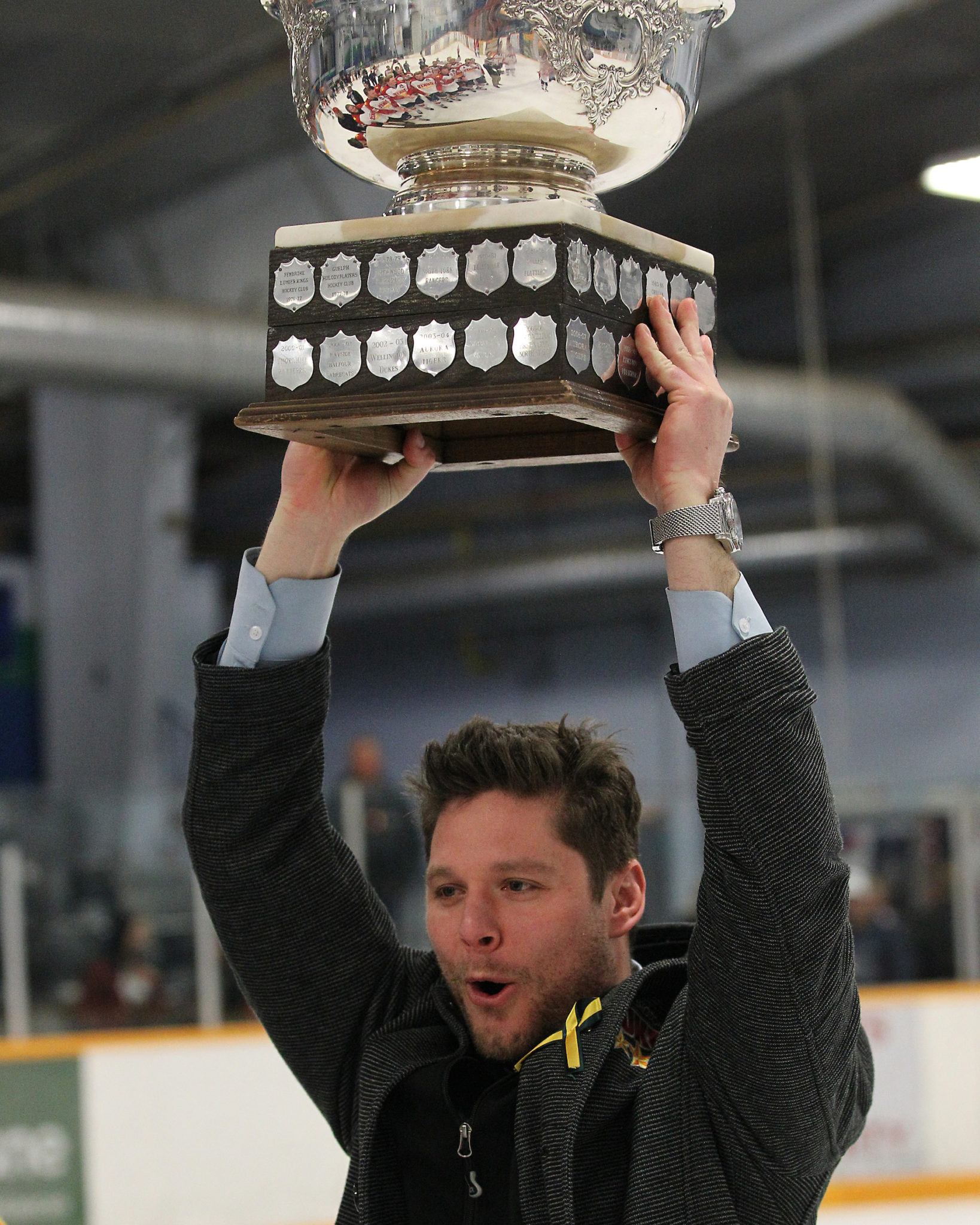 “Todd has decided to move on to pursue a new position that will allow for him  to further develop his skills as a hockey executive and coach,” Wellington Dukes CEO Randy Uens said in a statement on behalf of club owner Ken Clement.

Reid had several tours of duty with the Wellington Dukes and was synonymous with professionalism as a player, manager and coach.

The bruising defenceman made opponents fearful in the early 90’s at the former frozen bathtub known as the Dukedome and then returned as an Assistant Coach under the tutelage of then Head Coach and GM Marty Abrams in 2010-13 which culminated with an appearance at the 2011 Royal Bank Cup in Canmore, AB.

After leaving with Abrams to test the waters at the Duncan MacDonald Memorial Gardens with the arch-rival Trenton Golden Hawks, Reid returned as a General Manager of the Dukes in the spring of 2018  during the club’s march to their third Royal Bank Cup appearance in Chiliwack, BC.

In the last two previous seasons, Reid was at the helm for back-to-back Eastern Division championships and had a significant hand in returning the hockey to the position of flagship franchise in the Ontario Junior Hockey League.

While it wasn’t confirmed in the Wellington Dukes media release, it’s expected Reid will be heading west to join up with the Cobourg Cougars in a prominent role.

Replacing Reid will be no small feat but the Dukes have selected a longtime scout and hockey person in the form of Kingston native Rob Ridgely.

Ridgely served as head scout for the Dukes for the last two season and is known for his plethora of connections in the hockey world. Ridgely has a direct hand in recruiting several Dukes  standouts over the last two preseasons and promoting those signees to higher levels of hockey including Frank Vitucci who parlayed a two year stint with Wellington into a four year commitment to the NCAA’s University of Alabama-Huntsville. In addition to scouting for Wellington,  Ridgely is also a scout for Head Coach and fellow Limestone City native Jim Hulton and his Charlottetown Islanders of the Quebec Major Junior Hockey League.

“(Rob)  has been a part of the Dukes organization for two seasons and has been a big part of our  success in recruiting and identifying players behind the scenes through our last few playoff  runs,” Uens stated. “Rob is a passionate and dedicated hockey executive and embraces the new role and  challenges that will come with it.”

Uens added longtime Dukes staffer Don Cotton will continue his role as Assistant GM and support Ridgely with his” incredible experience and knowledge.”

The club also announced Head Coach and Former NHL player Derek Smith has added the title of VP of Hockey Operations to his coaching responsibilities and agreed to a new five year contract.

“Derek is passionate  about the Dukes and his role in developing our young athletes into not only great hockey players but great people. Derek is one of the brightest young hockey minds in the game today and  the Dukes are proud to have him,” Uens said on behalf of Clement.

Assistant Coach Tyler Longo will add the title of Director of Player Personnel to his  responsibilities and assist management  with player recruitment and facilitating player  development while ensuring player health and welfare is the team’s  primary focus during the COVID-19 play stoppage.

Longo,  a former Duke standout and Belleville Bull,  has also enjoyed  a successful tenure as a head coach with the Quinte Red Devils AAA program.

“We are excited that Tyler joined us earlier this season and fortunate that he  has accepted this expanded role to help us bring more championships back to Hockeytown,  Wellington Ontario,” Uens said.

With the COVID-19 protocols being eased in this part of the province, the club has returned to the ice at Lehigh Arena and there are hopes the team can set up another series with an OJHL rival like the one it co-hosted with the Golden Hawks last fall.