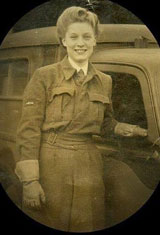 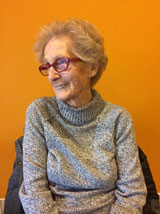 Ada Kathleen Warr 1924 – 2020
On November 30, 2020, we lost the fearless matriarch of our Canadian family. A free spirit, an adventurer, an amazing cook, lover of all growing things- babies, flowers, dogs. A fierce defender of her family, never forgetting a birthday or anniversary or any other milestone for her ever-growing clan. Kay is survived by daughters Susan (David, deceased), Jennifer (Knowlton), and was predeceased by her husband, Walter Warr, son John Warr (Lissa) and daughter Pamela Warr. Lovingly remembered by grandchildren Stephanie (Dan), Adrian (Jon), Shannon (Brandon), Rowan (Brianna), Joel (Kendra), Rebecca (Curtis), Dylan (Martine), Tristram (Lisha), Joshua (Stacey), Keltie (Marissa) and Walter, and twenty-three great-grandchildren. A Royal Air Force veteran, she drove ambulances and fire trucks during the Blitz in London while her future husband served on a minesweeper with the Royal Navy. A few years after the end of WW11, they decided to emigrate to Canada. Walter went ahead and Kay followed six months later. And what an odyssey it was! Crossing the ocean with Susan (5) and Jennifer (3) in a shared cabin aboard a Greek liner, part of a great post war exodus. After docking in Montreal, the trio boarded a train bound for Calgary, provisioning along the way and sharing her food with other passengers. Early life on the outskirts of Calgary was difficult with little money and little in the way of comfort but Kay worked tirelessly and was the force behind buying a car, buying land and building a house, all the while working outside the home, building a career as chef and master baker. Always up for an adventure, she loved to travel and took the move with now four children from Alberta to Ontario in her stride. Kay continued her career at The Officer’s Mess, CFB Trenton, and after retirement, Kay and Wally established Natural Sequence Whole Foods and Works in Trenton where they continued to work for another ten years. Kay was active in the Picton Legion and various card-playing groups in Wellington and Picton where she was a fierce competitor. Kay’s family would like to thank all those who helped them in Kay’s final days – Hospice Prince Edward, Dr. Graham Burke and Dana and Angela Ferguson and Sherry, Krista and Julie at MLP Residence. There is so much to miss, especially the incomparable butter tarts.