This weekend marked a quarterly occurence where professional hockey pundits put their remaining brain cells together in attempt to determine who might play for Team Canada at the upcoming 2022 Olympic Games scheduled to be held in Beijing, China.

Generally these debates are less about roster making and more about online click bait where the tribalism of current day National Hockey League partisanships lay.

“You mean to tell me Player A from the Toronto Maple Leafs isn’t as good as Player B from the Montreal Canadiens? Sir/Madam, I insult your intelligence and your entire lineage dating back to the Garden of Eden!” If dueling was still acceptable, one would think the countryside would be littered with the corpses of arguing hockey fans.

Your humble scribe doesn’t get away cleanly in such debates although my fervour and passion comes from another generation. See, to a nine-year-old Jason Parks, the Calgary Olympics in February, 1988 was about as important a life event as anything he had experienced up to that point in time. Certainly, Olympic hockey was a main focus.

But the excitement for me, adequately fuelled by my Grade 4 teacher Colleen Kelly at South Marysburgh Central and our class tracking of Canadian athletes didn’t stop with puck watching at the Saddledome.

Was 1988 the year Ottawa’s Horst Bulau would shock the Flying Finn Matti Nykänen and make to the podium in the ski-jumping event? What of this Brit Eddie the Eagle Edwards? How about Trenton’s Liz Manley going head-to-head with Katarina Witt? And who could forget the way the Battle of the Brians played out in the men’s portion of the Figure Skating Competition?

I was completely enthralled with the Olympic movement, this rare athletic showcase on the grandest of stages that only came around once every four years. Why couldn’t we do this annually? I was humming that David Foster-created theme music all winter and now your are too.

The veil that obscured the inner machinations of the commercial Olympic complex started to thin later that summer with the travesty of Ben Johnson and his handler Dr. Charlie Francis in Seoul and continued its slow decay with the development of doping and steroids, kickbacks, fraud and impropriety of Olympic delegates and matured with the abject farce of buildings, venues, stadiums and ancillary infrastructure at host cities.

Once writing them off as kooks and party poopers, the folks over at the Bread-not-Circuses Coalition sure do start to make some sense when you Google image search “abandoned olympic venues” and let the mind wander over the query “How much of this waste would’ve helped people in developing countries had the resources been diverted from a two week party?”

Which brings us to today and the prospect of another gathering of the youth of the globe in the celebration of shared Olympic ideals and the quest for amateur sporting excellence.

Are cognizant Canadians willing to hold their noses a second time this century given China’s already murky human rights track record and its most recent crime against humanity? The US officially determined earlier this month China is committing genocide against Uyghur Muslims and ethnic and religious minority groups who live in the northwestern region of the Xinjiang province.

Calls for the games to moved from Beijing to anywhere else in the world have been written off by organizers with experience in such matter as an impossibility at this stage and threats of a boycott may or may not gain traction or even effect change. Did the Soviets make tracks for Moscow after Western nations protested the invasion of Afghanistan by pulling out of the Summer Games in 1980? Not even remotely.

Perhaps the only way to make a mark against the hosting of a world celebration in a country where not every voice is heard and opposing voices are silenced without the impunity of the party apparatus is provide a dose of our own silence and ignore the games as consumers.

This is certainly not an easy ask especially for a passionate and sporting country like Canada but given the legacy of scandal the games have generated in the last two decades compounded by what’s happening on the ground in China today, the XXIV Olympic Winter Games hardly deserve our flag-waving attention and more of a critical eye towards this upcoming circus and its unsettling setting. 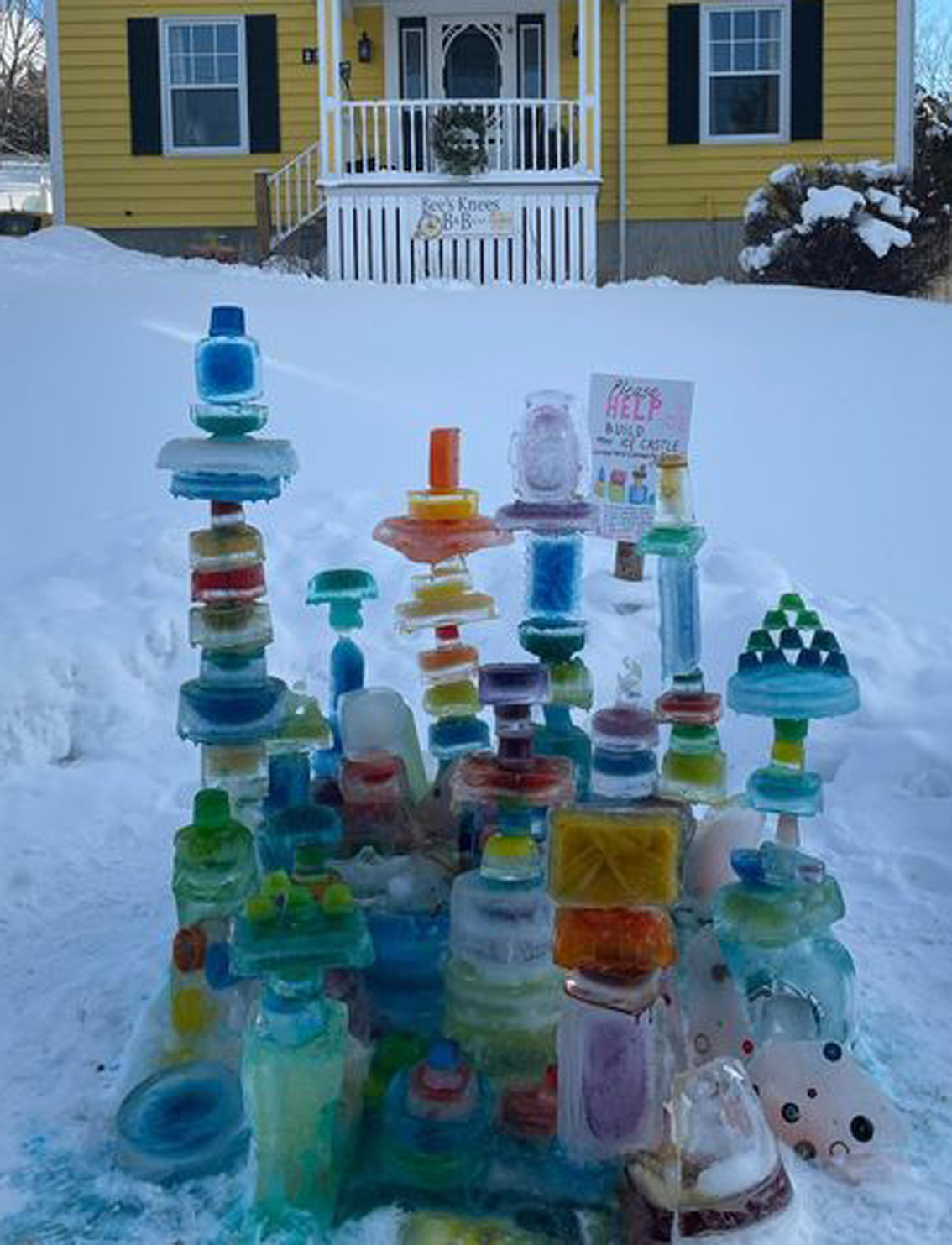 HAPPENING ON CUMBERLAND St. – A colourful Cumberland Street ice castle has been growing and growing thanks to community contributions. Situated at the curbside of Bee’s Knees Bed & Breakfast and Art Studio, the communal art project that sees amateur ice sculptors add their unique creations has been building throughout the month. (Facebook photo)