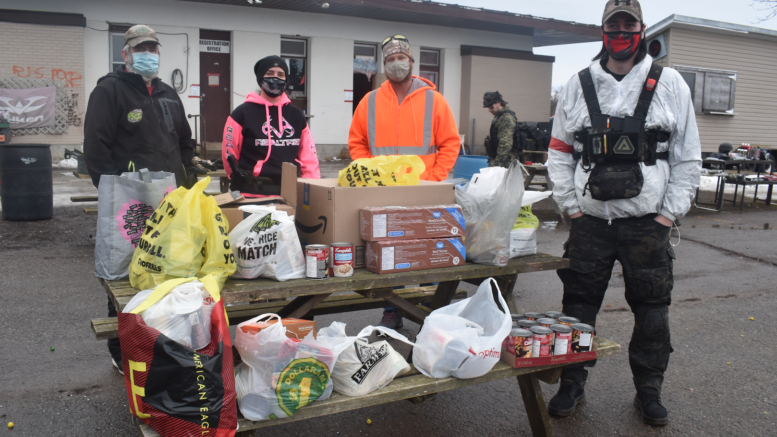 The days for a longstanding Prince Edward County business may be numbered if a piece of federal legislation is passed as presented.

Around 50 people from throughout Eastern Ontario were are PRZ Paintball at the former Craig Complex on Sunday to engage in an organized game of Airsoft. The competitive team shooting sport is similar to paintball but instead of paint-filled projectiles, Airsoft involves pea-sized micro pellets made of biodegradable corn starch.

As has been the case with these regular Airsoft competitions organized for players in the region, a non-perishable food drive was a part of the afternoon event that, despite the concept of military-type battle with guns that look very similar to the rifles and hand guns the Canadian government is considering issuing a ban on, is high on social connectivity and camaraderie.

While exactly how the proposed Bill-C21 will impact the sports of paintball and Airsoft should it pass as presented is being interpreted differently, there is a substantiated fear the sport which has a very popular battleground setting in Prince Edward County could be endangered.

A current provision in the proposed legislation would call for a ban on compressed air-powered  look a-likes in the Airsoft and paintball hobbies. Current Airsoft and paintball markers may be grandfathered to their owners however some people reading the legislation interpret the RCMP may be able to show up at fields like PRZ and seize the devices on the basis of how they look.

During Pre-COVID times, the PRZ battlefield which is one of a kind in Eastern Ontario, would attract thousands of players annually, some travelling from Western Canada and Quebec to participate in games staged within the former complex that was opened and operated by the province in 1971 for those living with intellectual disabilities.

Hallways, tunnels and connected classrooms and living spaces along with adjacent fields and wooded areas create an Airsoft gamer or paintballer’s dream battlefield come to life. 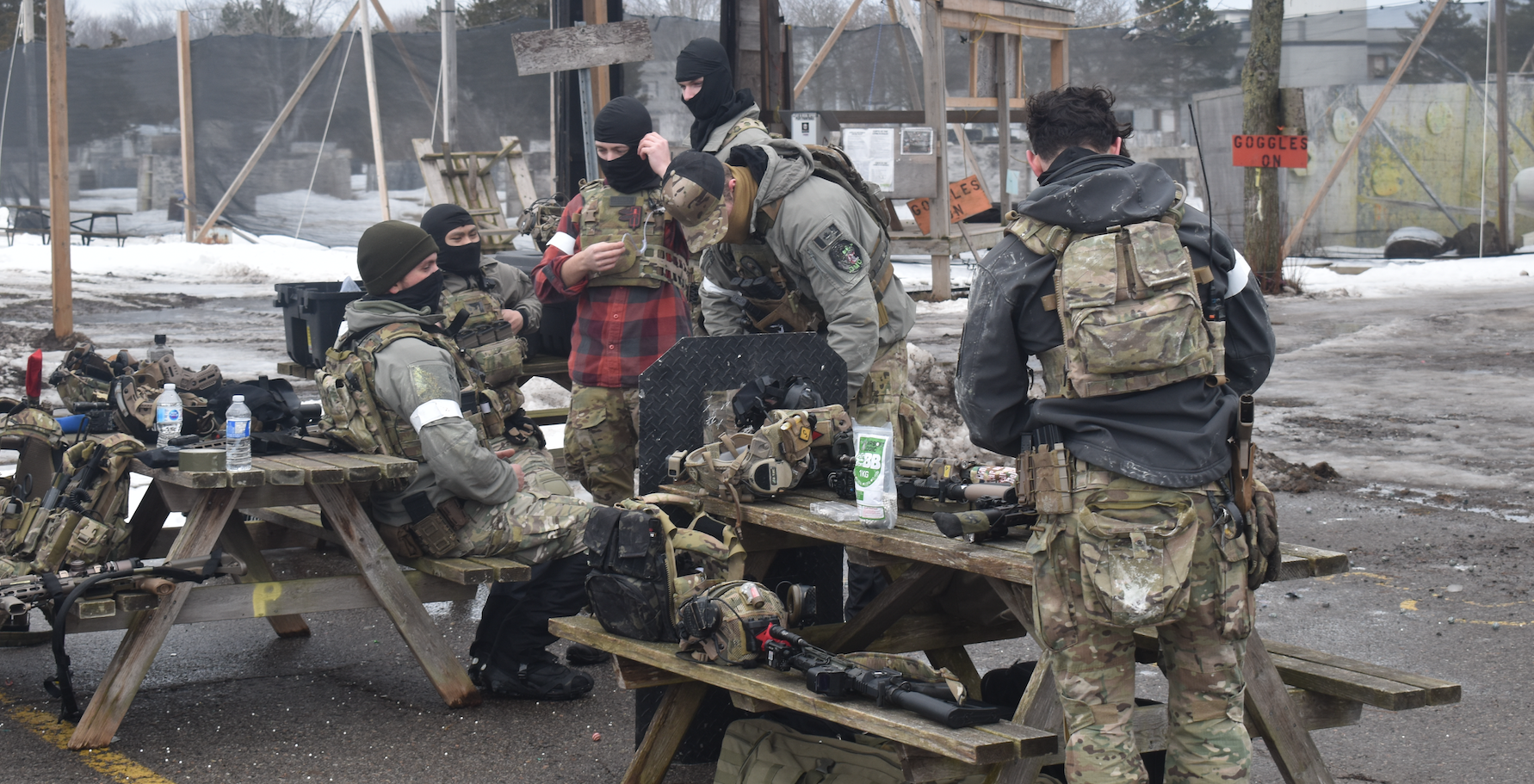 Sunday’s skirmish under more temperate conditions attracted players from Kingston to Trenton and even some players from as far away as Orillia.

“This is really ground zero for a lot of Airsoft players,” Johnson said. “People love to come to Prince Edward County and play here.”

While team tactics and in-game manoeuvres were being discussed amongst players during a brief break on Sunday afternoon, Bill C-21 wasn’t far from the minds of the hobbyists.

Simply put, Bill C-21 could end the game of Airsoft in Canada according to Johnson.

“The legislation talks about banning replicated guns of any kind and 99.9 per cent of Airsoft guns are based and look like the actual thing,” Johnson said.

However, Airsoft devices are designed to fire within a specified Foot-Per-Second ratio as to comply with jurisdictional regulations.

If this proposal passes, hobby guns like Airsoft or pellet guns would no longer be sold and, according to some, even those grandfathered to their owners could be taken by authorities.

“People within the Airsoft are learning responsibility with a weapon and learn to respect a weapon but terms of modality, these things are essentially toys,” Johnson added.

PRZ owner Tim Williams said his company has been in operation for over a decade and has been active in the community, sponsoring local youth soccer teams and providing bursaries to PECI graduates.

Williams was to the point when asked about the prospects of what the legislation might mean to his business.

“This really could be the end of the business,” Williams said. “If we don’t have the people coming to play and there’s nothing else we can really do with this property.”

The owner confirmed Johnson’s assessment that PRZ provided a different aspect of local tourism dollars that most people wouldn’t think of when that particular economic driver is discussed locally.

“Cottages are opened early when we have our big games in the spring and they stay open late in the fall. Everyone eats locally at the restaurants and we get heck form Tim Horton’s and McDonalds in Picton if we don’t warn them that we have a big weekend game going on,” Williams said.

Adam Whytall travels from his home north of Cannington anywhere from six to eight times a year to participate in Airsoft games at PRZ.

Whytall has been playing Airsoft for seven years and knew nearly everyone participating in Sunday’s skirmish.

“One aspect about the sport is that it’s not like traditional sports where one side cheers for the Maple Leafs and another side cheers for the Canadiens and there’s that hate between them. Out here you might be playing with somebody one week and playing against them the next so we are community-oriented and we all want to be friends,” Whytall said “The great thing about this sport as the people come from all walks of life-different religions, backgrounds, political views but out on the field, it’s about the sport and the fun and memories we make.”

Whytall added that in June, PRZ typically hosts a game that attracts over 400 players.

“When the borders were open, people were coming from the US to play here as well as all over Canada and they are spending their money here every weekend. As much as it is about the game and this incredible complex to play at for us as players, I would imagine the support we show the Prince Edward County economy is important to local businesses as well,” he added.

The Bill had its first reading in mid-Febuary and is expected to be back before the House of Commons later this spring.