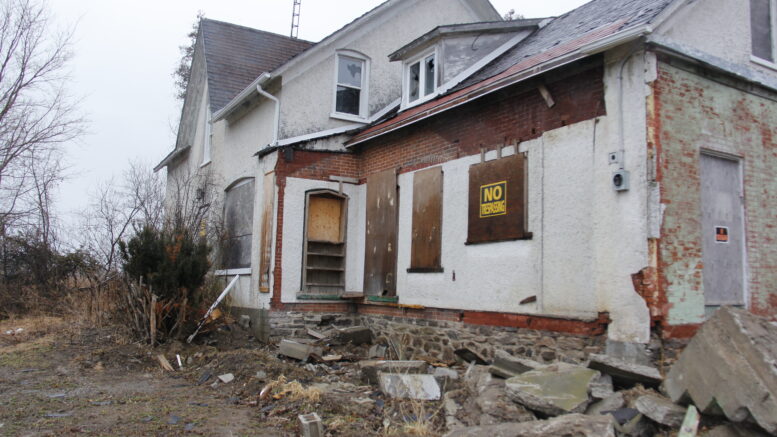 A seven day stay of demolition has been issued for a pair of century old homes in Sandbanks Provincial Park.

The MacDonald and Hyatt Houses, both situated on County Road 12 within the Park boundary, had been slated for demolition after the Ministry of Environment, Conservation and Parks made a posting to the Environmental Registry Feb. 22, 2021 that the decision had been made to tear the long-vacated farm house down. 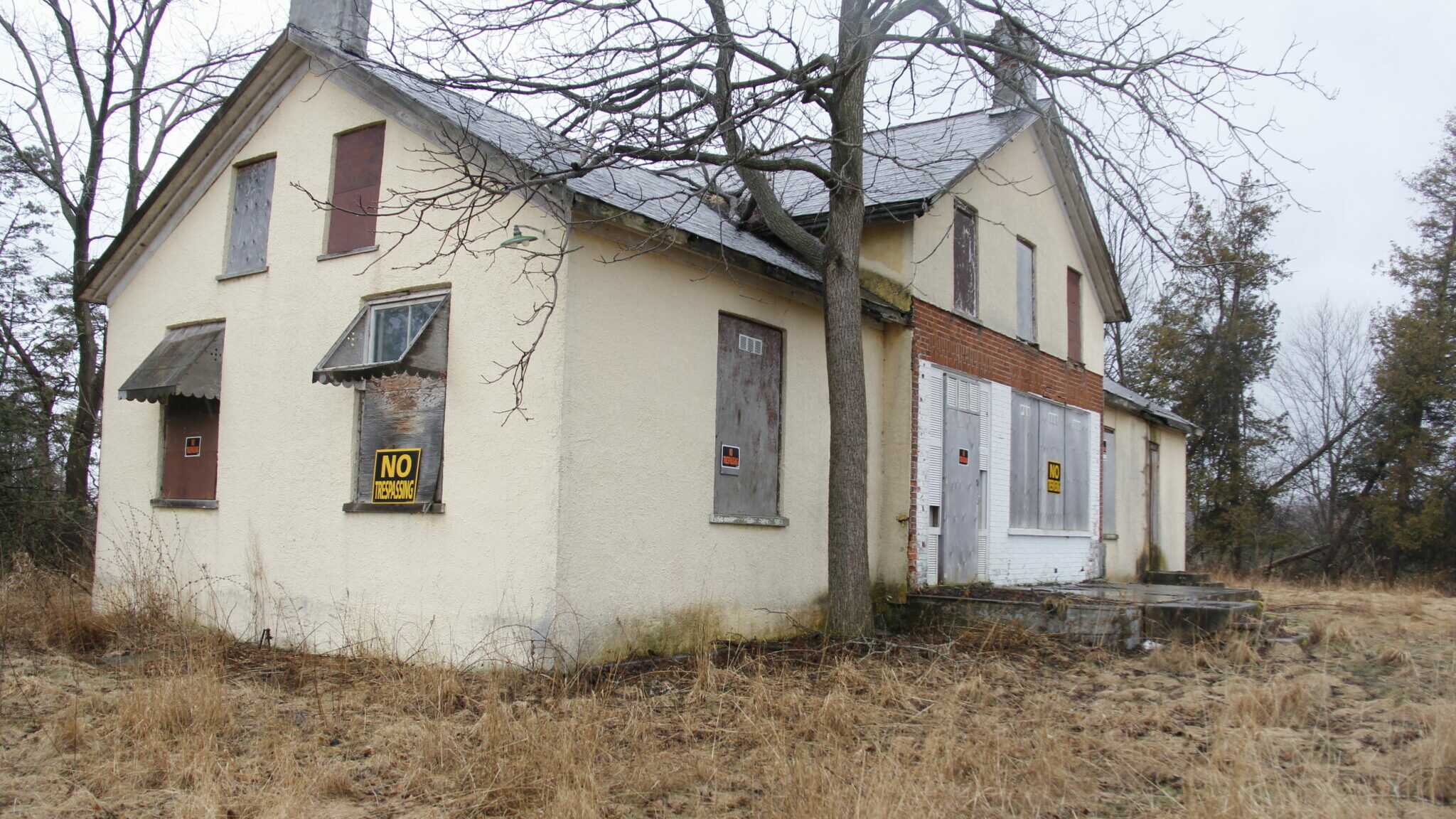 However, a legal motion initiated by heritage architect Edwin Rowse and presented in Ontario Divisional Court in Toronto by noted environmental lawyer Eric Gillespie found a slightly sympathetic ear in the form Judge David Corbett Friday who issued the stay to allow for case management and for the proponents to argue their case further.

Both homes have not been occupied for several decades and are in outwardly great states of disrepair however conservationists argue they could be rehabilitated and re-purposed.

Rowse is hoping for a further extension of stay against demolition activities to allow for an assessment of both buildings.

“The intent is to persuade Ontario Parks to halt demolition for a month to give a third party, Architect Philip Evans of ERA Architects, the opportunity to undertake a feasibility study into the condition of the two houses and their adaptive reuse potential, at no cost to the province,” Rowse told the Gazette. “Then, if he and his investor group determine that there this a viable project, to make an offer to Parks for a long-term lease of the houses and to restore them for new uses.”

Rowse labeled that potential scenario a win-win for both the community and Ontario Parks.

“The community  has shown deep concern for the fate of these buildings as part of the County’s cultural heritage and Ontario Parks would win with the potential of a share of revenue from any agreement,” he added.

Just over a year ago, the Prince Edward Heritage Advisory Committee alerted County Council that a proposed amendment to the Sandbanks Provincial Park Management Plan.The amendment called for the two historic dwellings within the park demolished.

PEHAC noted that on Dec. 6, 2019  Ministry of the Environment, Conservation, and Parks posted about the planned amendment on the Environmental Registry of Ontario.

The posting referred to the demolition of the buildings, known as the MacDonald and Hyatt houses, as a matter of public safety. The amendment also referred for the potential for roofed accommodations at the sites of the former homes. 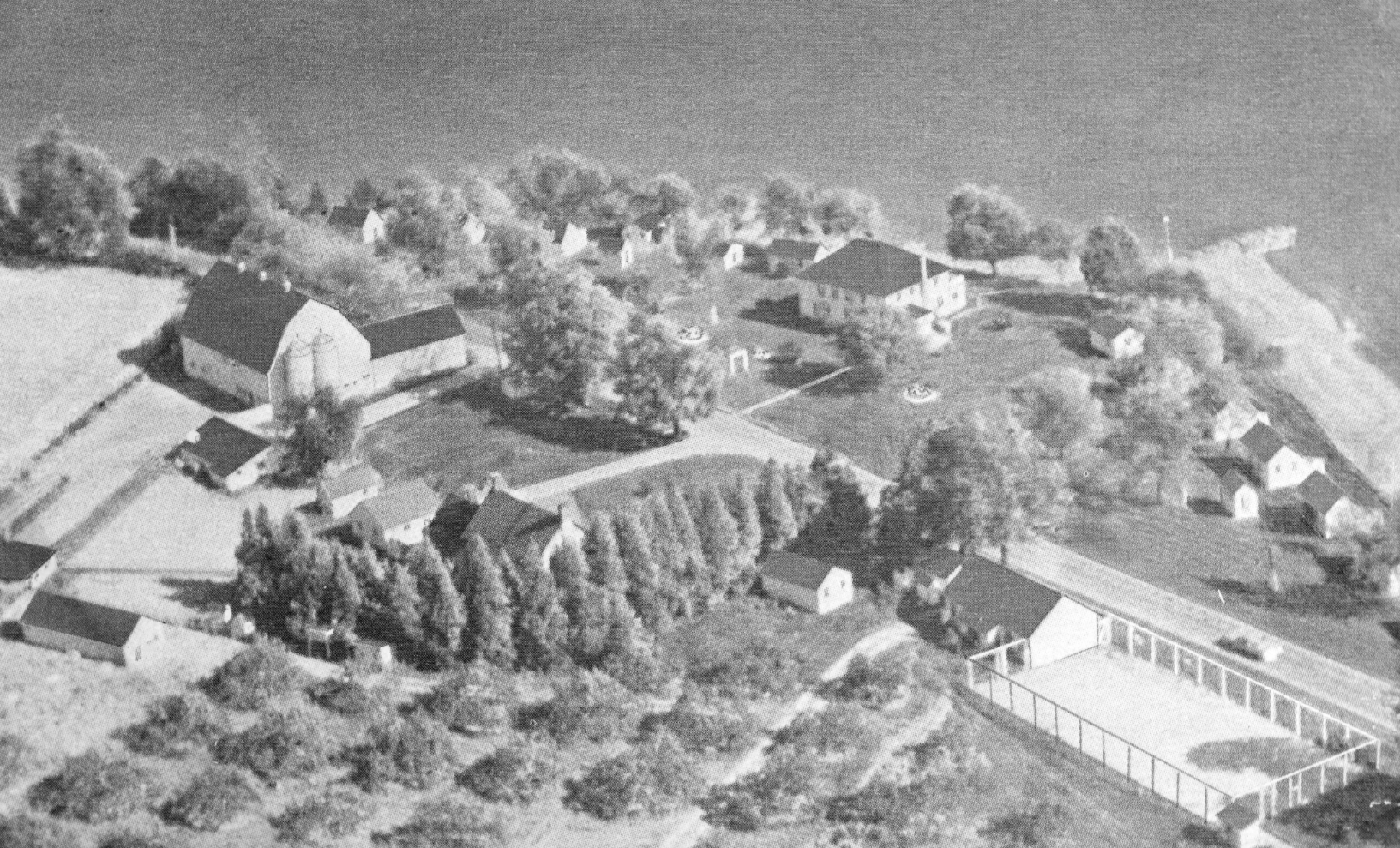 The former Lakeland Lodge on Athol Bay in the 1950’s. The MacDonald Home, one of the few remaining structures, is partially obscured by evergreen trees. (Friends of Sandbanks)

PEHAC requested the houses not be demolished, but instead repaired and re-purposed, with the possibility of a public-private/non-profit partnership arrangement in the future. Staff recommended that council support this.

At that time, Mayor Steve Ferguson  sent a letter to Minister of Environment, Conservation and Parks Jeff Yurek Ferguson noting the houses slated for demolition are actually an opportunity to restore and re-purpose heritage assets.

Both houses were built in the 1800’s and Rowse believes they are both structurally sound despite their outward appearance.

The architect added PEHAC wants the province to live up to its pledge to have them maintained as promised in the Sandbanks Provincial Park Management Plan of 1993.

As the buildings are on provincial land, they are outside the purview of municipal policies or bylaws.

“Even though they look dilapidated, overall, they are still solid, structurally sound and the damage is quite reversible,” Rowse said.  “They can be repaired and renovated for new purposes.  It just seems like a waste from a historical point of view, a community point of view and even a sustainability point of view.  An old building like that is filled with a whole history of embodied energy.”

Built in 1869 by James MacDonald Hyatt, the Hyatt House later became the Lakeview Lodge, or Gray House and was popular with visitors throughout much of the 20th century. The main building could accommodate 20 guests, with six housekeeping cottages added later. Purchased by the Ministry of Natural Resources in 1972, it was used for some years as a residence for Park student employees.

The MacDonald Farm offers insights into historical agricultural uses of parklands. It dates back to the time of the United Empire Loyalist settlement and illustrates the historical themes of agriculture and resort development unique to this area of the province. The cultural heritage features within this zone include the MacDonald House, dating back to 1878, the barns and outbuildings as well as the remnants of the Lakeland Lodge which was operated by Norman and Aoda MacDonald, the last full time residents of the house.

The house is the childhood home of longtime County Councillor and renowned sportsman Keith MacDonald.

-With files from Sarah Williams