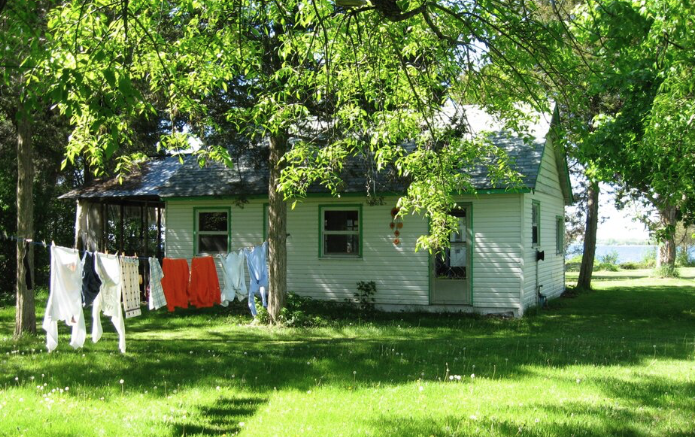 An informational report on Kate’s Rest, a social housing facility in Sophiasburgh that assists displaced and homeless persons, was presented at Tuesday’s council meeting.

The residence on Big Island has been operating for 15 years by Brian Hart, who told council the model has been studied by researchers at both Queen’s and Western universities and has been found to be “praise worthy.”

“It provides greater health benefits and promotes a greater sense of belonging for the residents as compared to other models that house homeless persons,” Hart told Council.

Hart referenced Dr. Keri Marshall, who wrote in a letter to council that Kate’s Rest is a “diamond in the rough” and represents a model that could be replicated in other rural contexts.

“I hope this letter will help your town council to recognize the value of Kate’s Rest and the unique contribution it can make to your community. I advise that you consider what Kate’s Rest and other such models might offer to address this issue without forcing individuals who are living in poverty in your community to move to urban centres in search of housing and support,” the letter went on. “Kate’s Rest is an example of an approach that is working to avoid this from happening and may offer an opportunity for Prince Edward County to address the issue of homelesssness locally.”

In a recent meeting with Parliamentary Secretary Adam Vaughan and local member of parliament Neil Ellis, they commended the residence for its “social enterprise to design, build and operate an aquaponics farm,” Hart said.

The farm grows hybrid poplar trees to sell to 8 Wing Canadian Forces Base (CFB) Trenton to help the base meet its carbon emissions reduction target, he continued.

Recently, he said, CFB Trenton has requested that Kate’s Rest enter in a memorandum of understanding with them that would see a broader application of our aquaponics farming and carbon capture activity with the assistance of engineers from Ottawa University who are collaborating with Kate’s Rest.

Conrad Guziewicz, local developer and business entrepreneur, spoke in support of the activities at Kate’s Rest, noting that he was invited to visit the residence last year.

He said at that point in time, he had not done any social entrepreneur work, so simply went to observe the “goodness” that was taking place.

“Realize the savings that a community like ours gets by having a facility like this. It was pointed out to us by Adam Vaughan that 20 per cent of the homeless people create about 40 per cent of the cost in maintaining the budget in policing them, hospitalizing them and so on.”

He said he hopes to replicate the facility in other rural communities.

“It gives me great joy to see these people who would be living on the street, now with homes and prospering,” he said.

The Kate’s Rest Foundation, was established as a not-for-profit in the last year, and is on its way to becoming a registered charity, said Ryan Brough, Foundation Chairperson.

“Moving forward as a foundation all in the hopes of making sure that Kate’s Rest Foundation and its services are helping the County and being provided to the County as they have been for the last 15 years,” he said.

In the last eight months and with help from the board and local community volunteers, a great deal of work has been completed on the property. The foundation has signed a contribution agreement with PELASS for a forgivable loan which he said will go toward a new septic system.