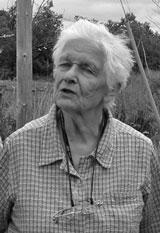 Phyllis passed away peacefully at The Friendly Manor, Deseronto on Tuesday March 16th 2021 at the age of 91. Following her divorce at an early age Phyllis lived a strong independent life until just four months ago when an illness due to a fall led to her move to assisted living. Phyllis was always very strong and healthy and one of her claims to fame was that she had never visited the hospital since having had her children almost 70 years ago. Born in London England, she travelled the world visiting Hong Kong, Egypt, Africa, Spain, and France. She then, in 1989 chose to live in Canada, sharing her time between Picton and Cobourg, with regular visits back to England. She had a great love of cats and adopted several wherever she lived. Phyllis absolutely loved the game of Scrabble, and with her quick mind she would win most games, no matter who her opponents were. Phyllis is lovingly remembered by her children Philip John (Roberta) and Jaqueline Michelle (Robert) and her best friend Cindy Keddie – together we sincerely wish that she may now rest in peace. Cremation has taken place and in accordance with Phyllis’s wishes there will be no funeral. As expressions of friendship we invite you to have a listen to Frank Sinatra singing I Did It My Way and to have a glass of sherry in her memory.