It’s another mid-March ending for the Picton Pirates opposite the Napanee Raiders.

With the clubs having met in the PJHL finals for the last three post seasons and the Pirates having their seasons ended all three times, losing to the silver and black of Raider crew might seem old hat for the Bucs. But there were no hard feelings, raw emotions or gnashing of teeth when the clock struck zero at the Strathcona Paper Centre Friday night.

No, for a lot of the skaters on the ice and the Pirates coaching staff, the three night mini series against the Raiders was akin to a long car ride to an indifferent destination.

Something to go through and no real benefit once you got there except the hope of something better around the next corner.

Both the Raider and Pirates announced the three night set which was made up of two, two period “games’ each of the last three Friday nights was their final formal activities for the 2020-21 season- a campaign of practices, shutdowns and non-contact shinny where even an Ontario Hockey Association game sheet to recount who scored is in very short supply.

Pirates Coach Ty Green was more than satisfied to see the end of whatever this period of Provincial Junior Hockey League action will be called in the hopes that normal hockey will be in the offing some time next fall.

“It’s good for the guys to get together and stay bonded as a team but this type of hockey is impossible to coach,” Green said. Friday night’s skate which featured both teams winning by reciprocal 5-2 scores.

Crisp passing, some acrobatic saves and smart shooting aside, the games in this mini series were quiet and that had nothing to do with the lack of spectators. Given a head of steam, a puck carrier trying to gane the opposing blue line could simply accelerate to the outside and zoom into a scoring area. Angling to the boards is verboten in the Hockey Canada return to play rules, meaning a crashing to the boards is almost non-existent.

“We come from such a different way of playing and defending the net and to turn that all off, it’s really difficult to adjust,” Green explained.

While the Pirates will look towards next season soon enough, there were three skaters in the lineups that won’t be making the trip back to the Pirate ship when play resumes for real.

Forward Griffen Conger and defencemen Nick Kyte and Kyle Wood saw the string of junior hockey come to an end on Friday and while the only way to step off the ice a winner in the PJHL is to win the Schmalz Cup in your final game, the trio of Pirates certainly deserved far better than to wear the Town of Picton’s colours one last time in Napanee in what was essentially a controlled scrimmage.

Conger, a former Raider with a nice scoring touch, a dash of toughness and ability to control the play, gave his heart and soul to his new team the first day he arrived via trade in 2018.

“We really felt he could have been the leader we needed to guide us to a championship this season,” Green said, “His full 200 foot game will be missed. He was very dedicated and always bought in. 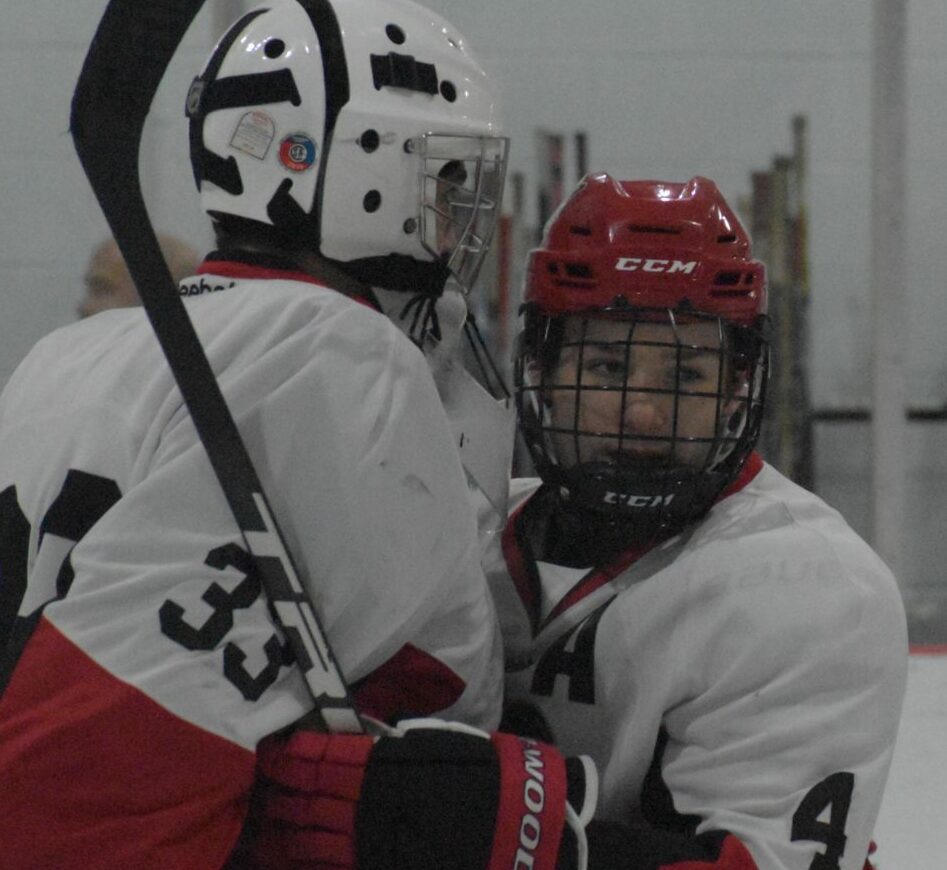 Kyte looked every part the defensive stud all contending teams covet in 2020-21 as he was named Tod Division Defenceman of the Year. The four year Pirate put up 30 points in 35 games last season and was as punishing a defender as one could find in the loop.

“Any time you say good bye to a player who has been recognized by the other GMs in the league with an award is always a huge loss. Kyte brought a lot to our team and ate up a lot of minutes each night. He will really be missed,” Green said. Finally, a County native that was more than dedicated to the club said his goodbyes Friday night.

Bloomfield’s Kurtis Wood suited up for 159 games for Picton and had a career-high 27 points in 39 games. “Woody is the true definition of what we wanted in a player to represent the Pirates. His on and off ice leadership was top notch. His dedication to the organization was by far more then we could ever ask for. You always knew what you were going to get out of him every night,” Green said “I’ve dealt with all three players from minor hockey all the way to their completed jr careers. They will all be missed by every person involved in the organization.”