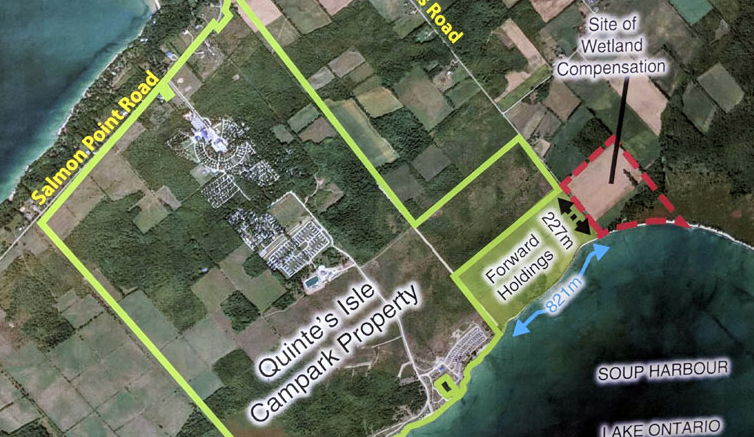 An expansion of Quinte Isle Campark along the Soup Harbour shoreline to Welbanks road has been approved. (Planning graphic)

Despite resident concerns, the 337 site expansion of Quinte Isle Campark has the green light from Prince Edward County Council to proceed.

Council accepted the staff recommendation to revise the municipality’s Official Plan and several bylaws made by Fourward Holdings Inc. and the Ward family who own the park on Welbanks Road.

The five-and-a-half hour Special Council meeting Wednesday night featured 14 deputations and 12 comments from members of the public, all opposing the project for a variety of reasons.

Several local environmental and naturalist groups voiced their concerns around environmental protection due to the site being situated near two provincially significant wetlands, Soup Harbour and Salmon Point.

Cheryl Anderson of the Prince Edward Point Bird Observatory (PEPBO) said further thought should be made to the implications and consequences of the expansion. 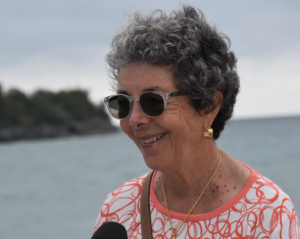 “The trailer site will be open from May to November during the spring and fall peak migration period and throughout the breeding season. A trailer site of this size could support a population of up to 1,200 people and this population will be concentrated on the shore line,” she said. “More people means more traffic, more disturbance, more use of pesticides, more smoke and noise. All of these changes will have a negative impact on birds as well as other wildlife. Specifically, increased use of water craft will affect directly the shore birds and waterbirds using Soup Harbour. Development of this site as proposed will remove precious habitat which is used by migrating birds both in the spring and fall and fragment the habitat that is left. The south shore of Prince Edward County, including the shore of Soup Harbour is the last undeveloped piece of land on the north shore of Lake Ontario. Every bit of it cries for measures to protect it. Further development will crowd out the very creatures and landscapes that support the health of the planet.

David Donnelly, who provides legal counsel to the Friends of South Shore (FOSS), noted his concern that the trailer sites could turn into permanent residence should the expansion project move forward.

“Is the proposed trailer park in keeping with the rural character and charm of the County and does it promote year-round tourism? My respectful submission, the obvious answer, is no. Any other answer is not credible,” he said.

Nina-Marie Lister, board member of FOSS, said the proposed application is not in line with the public interest and goes against the vision set out in the Official Plan.

“The density and the scale of the development is too large for the area which is not planned for settlement. It is clear from the research and the evidence that there will be many negative impacts on the environmental and cultural heritage which are irreversible and permanent with an Official Plan Amendment. These are negative effects which have been articulated by many this evening, and which are also shared points of concern for our neighbouring Mohawks of the Bay of Quinte,” she said.

“Rather than quoting the Official Plan to you, I will remind you that the words rural properties, breathtaking vistas, tranquil and beautiful place to live and visit, are all mentioned in this vision. In this way, it will be unique for most parts of the province. This is our asset. Because of this combination of natural beauty, heritage and rural charm, these special attractions will be preserved, enhanced and protected over the years. This project does none of those things. There is no evidence that this Official Plan Amendment that you are going to vote on will ‘preserve and enhance the natural beauty heritage and rural charm,’” Lister explained. “You have heard plenty of evidence about how the increase in human traffic and recreation and living in this area will compromise one of the most significant assets around Soup Harper and the South Shore. This application is for a development called a campark but in fact, is not for summer camping only, it is for a settlement which by any other name is a town. In practical terms, the combined project will accommodate over 3,000 people – that’s almost double the population of Wellington.”

She said the campark at capacity would rival Picton as the largest settlement in the County, and that the municipality does not have the “full and complete information of which to base an informed decision.”

“The developer must show a benefit to the community in exchange for that rezoning, yet this application benefits one landowner who is asking the rest of us as citizens to compromise a major landscape asset to cultural and natural heritage. Fourward Holdings is a developer. They are not a farmer who severed lands for the next generation, but they purchased 558 Welbanks Road on speculation, fully aware that the zoning was rural and did not permit this intended use,” she said.

“The density of use is going up and is projected to go up 70 per cent, maybe more, and that is a big expansion,” he said. “A second access is needed through Welbanks Road, but it could also come via Kelly Road as well, so at least three different ways traffic can move down Welbanks Road in addition to Salmon Point Road.”

Geoffrey Burt, Chief Executive officer of the Consecon Foundation, identified South Shore is of global biological significance, a migratory path to birds and endangered butterflies and is home to more than 40 species at risk.

“I think when you look at a map it’s just common sense that you have this area that’s deemed urgent for protection,” he said. “We need to really think about whether we can afford to lose this natural heritage for furniture generations. Whether or not it’s possible to have this large number of people and not have an impact on the animals that live there, I am skeptical. Bringing hundreds of new vehicles, noise pollution, light pollution, sewage and garbage and all these kinds of things.”

Elizabeth Blomme, an Ameliasburgh resident, said environmental alterations have far reaching consequences, and that what happens in one area of the County is felt elsewhere in the County and beyond.

“A few summers back, several neighbouring wells adjacent to this trailer park went dry. The loss of these wells was a direct consequence of overconsumption of water by the trailer park and it required an intervention by the province to reverse this practice,” she explained. “I know that the applicants would say that they have now addressed those concerns, but if this expansion is allowed to go ahead there would be 337 new homes there. Presumably there could be as many four people in each household resulting in an excess of an additional 1,300 people who will be drawing water.” 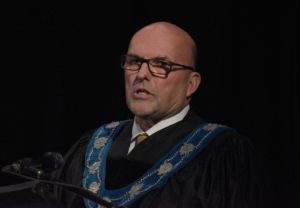 She said water is a basic right that should be protected for every County resident, and can only imagine how long standing residents must feel about that.

“I don’t believe we can handle much more tourism here. If developments such as this park are allowed to go ahead, we will have lost what is most important to us and ironically the tourists will stop coming and move on to some other unspoiled part of the province. Let us not be victims of our own success,” she urged.

Representatives for the applicants, led by Ruth Ferguson Aulthouse, provided a detailed presentation on the proposed site plan, where she noted the application dates back to December 2016.

Traffic and road access were items of highest concern, he said.

“Natural heritage and the environment and cultural heritage, servicing and infrastructure, size and density were areas we wanted to focus on,” Coffey said.

“The campark is for seasonal use. This is not a settlement area that is being proposed, this is a tourist commercial development, and is approved from May to November,” Coffey explained.

He also said the Mohawks of the Bay of Quinte (MBQ) and the Huron-Wendat Nation became part of the consultation process in February, and all levels of public consultation have been “adequate.”

“Even though we have heard a lot of negativity towards the project, we are pretty confident we have engaged in public consultation to the fullest extent possible,” he said.

Prince Edward County Mayor, Steve Ferguson, said he was in favour of the application moving forward and could not recall any other application that has received “so much scrutiny over the course of many years.”

“It has been unbelievable scrutiny and comments from members of the public,” Ferguson said. “Their comments and concerns ultimately led to additional measures. The proponents have willingly and generously made amendments and adjustments to the application to make it better. We have an obligation to make to allow Prince Edward County to be enjoyed by others.”

The application for the Quinte Isle Campark expansion was approved.