It was there for the taking at a time when Ontarians need its government to unite, come up with a workable plan and move ahead.

Predictably, there was no way Ontario’s Conservatives were going to accept carte blanche Liberal labour critic Michael Coteau’s proposed member’s bill that would have guaranteed 10 paid sick days to workers in this province.

Sadly, we are still mired in this ‘upside-down world’ era where politicians will argue about the cost of the water and who will supply it while the figurative fire burns down your house in front of your very eyes.

But where oh where is the bipartisanship needed to ford the political divide and do what’s best for Ontarians?

Both Ontario’s NDP and Liberal parties have come to the Ontario Legislature with plans-perhaps ambitious- but at least they could have been a starting to point from which to legislate through amendments a plan that would allow those with COVID-19 symptoms to isolate and not worry about next month’s rent or grocery bill.

Federal programs like the Canada Sickness Recovery Benefits are clunky but this is where a dynamic and comprehensive provincially mandated solution that tops up what the federal government is offering from $500 towards a living wage would save Ontarians their health in the short term and the price taxpayers will ultimately pay when the bill comes due for these field hospital ICUS and Air ORNGE transport flights away from COVID hotspots and over capacity hospitals.

Not that anyone should ever compare the two.

Yes, there will be employees that abuse a 10 paid sick day program.

Yes, some small businesses teetering on the brink will go asunder no matter how much the province chips in and decides on how and to exactly who to infuse support.

But most importantly, a legislated paid sick leave of 10 business days will provide Ontario’s workers stability and, subsequently, our public healthcare system the third wave respite it needs to avoid crashing down around us.

After a tearful apology and making statements that paid sick leave was in the offing last week, the paid sick leave ball is firmly back Premier Doug Ford’s court. The Conversative ham handed offer of topping up that federal payment of $500 per week to $1,000 was rightly returned to the Ontario Legislature late Tuesday.

Without provincially mandated and legislated paid sick leave, the federal government is staying at the starting gate.

So the last remaining fork in the COVID-19 road is clear for Ontario’s Conservatives.

Develop post haste the plan that’s going to safeguard those Ontarians-particulary in hardest hit areas of the 905 where Variants of Concerns are circulating in indoor work spaces unimpeded-or stand back, kick around some pedantic platitudes and pass the buck.

When he turfed the previous government’s paid sick days plan when taking office in 2018, Premier Ford called it and the $15-an-hour wage “absolute job killers.”

What good are jobs or anything else in this life if you don’t have your health to work one or a family to come home to? 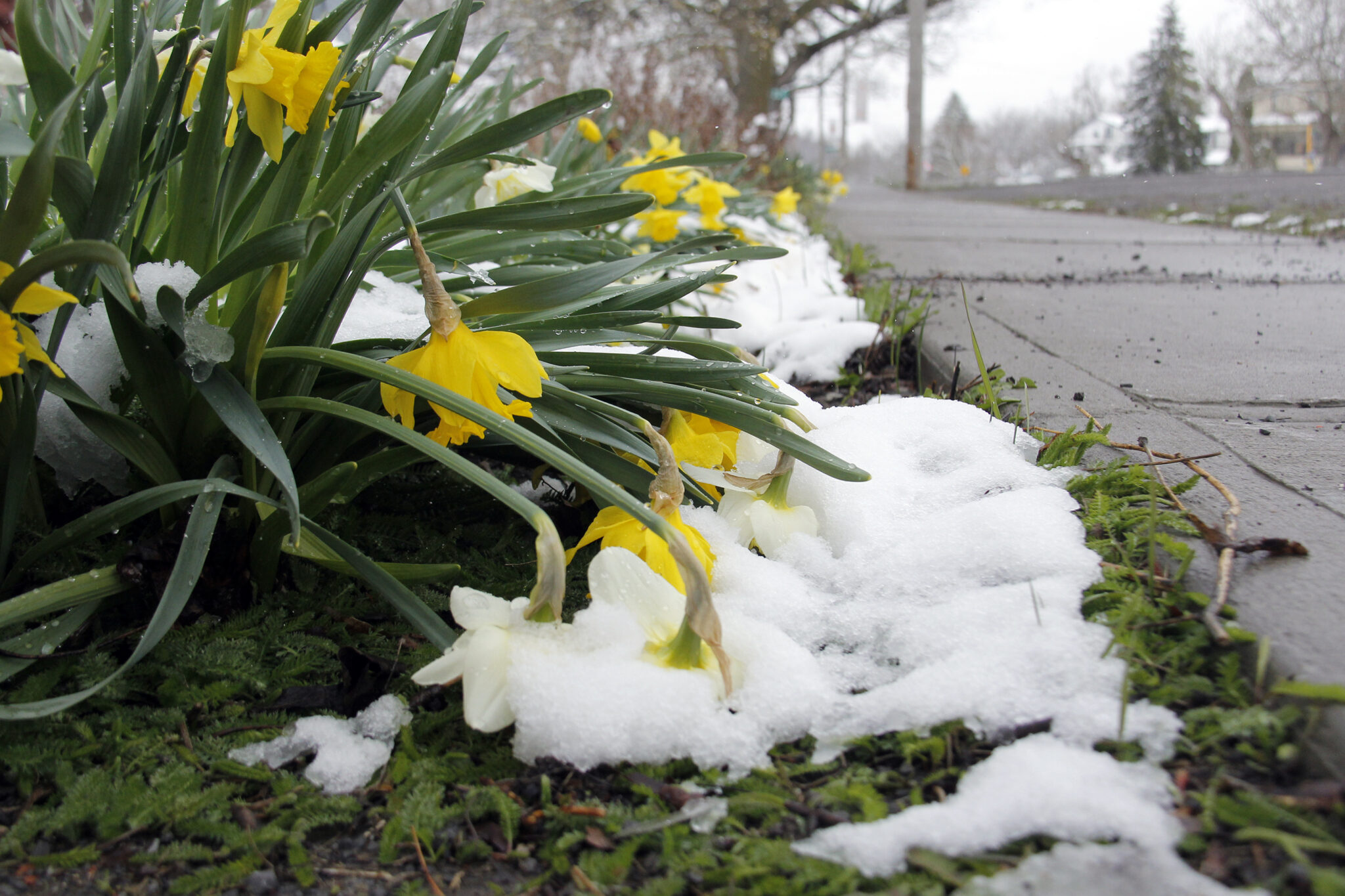 CHECK THE CALENDAR – While the white stuff didn’t hang around too long last week, a late April freak accumulation of snow made for some interesting and seldom seen visages around Prince Edward County. (Desirée Decoste/Gazette Staff)