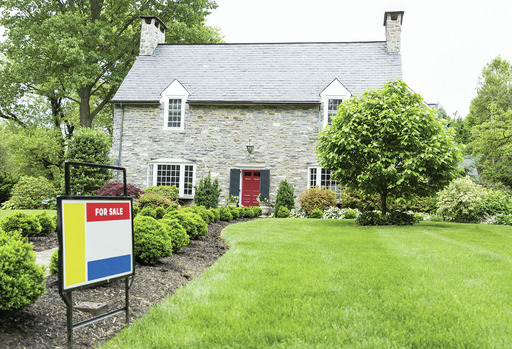 Year after year housing prices in PEC have risen by 49 per cent.

Olivia Timm
For the Gazette

The affordable housing crisis in rising in Prince Edward County, but several projects to combat the issue are underway.

“When we talk about real estate and rental, Prince Edward County is the most talked about throughout the province of Ontario. In fact, National Press have recently referred to Prince Edward County as being ‘disconnected from reality’ when it comes to real estate,” Dowdall shared. “Year over year, the house prices have increased on average 49 per cent and as of March 31, 2021 the average purchase price of a home in the County is $821,000.”

He said Prince Edward County is outpacing the metropolitan areas and like-minded tourist communities such as Muskoka, Kawartha, Lanark and Niagara on the Lake.

From the rental perspective, Dowdall said the average increase in market rent year over year is 38 per cent for the County. As of March 31, the monthly price for a bachelor unit was $965; a one-bedroom unit was $1,464; a two-bedroom unit was $1,623 and three-bedroom unit was $2,377. His report stated this data has been collected from over 300 rental properties representing 24 landlords throughout Prince Edward County.

Dowdall gave an example of affordable rental housing using a two-bedroom unit priced at $1,623. If costs for utilities are 15 per cent or $243, the total occupancy cost would be $1,866 per month or $22,392 annually. For this rental unit to be affordable, Dowdall said the annual gross household income would have to be at least $74,640. To put it into perspective, the average annual gross household income in Prince Edward County, according to Canada Mortgage and Housing Corporation 2020 Data Summary, is $66,140.

“The point behind this example is that it further demonstrates the issue of affordability and the widening gap,” he said.

Dowdall also said bidding wars are taking place in the rental market because people are displaced from the home purchasing market due to escalating prices, and therefore are going into the rental market.

To combat the affordability crisis, he said the housing corporation is vetting multiple affordable housing projects that will result in 100 to 150 affordable rental housing units in the County within the next 24 to 36 months.

The Wharf Lane Developments Wellington Country Village at the former Wellington Arena will feature at least 36 rental units and is expected to be constructed in 2022 with occupancy starting in 2023.

“This project will call for at least 36 affordable rental housing units of one and two-bedroom units. The total project will be 100 per cent affordable, meaning all the units will be at least 20 per cent below the average market rent,” he said.

Rogers said there is also a public-private partnership (P3) proposal that has been submitted to a national private sector corporation for the development of 20 affordable housing units comprised of modular units incorporating the current building as well.

“We have put this proposal in and our objective is to secure a letter of intent by July of this year,” Rogers said.

Dowdall said another potential housing project in the works is the construction of tiny homes communities.

“I am beyond inundated with requests from private citizens who own property in the County who would like to see tiny home communities or tiny homes developed on their properties, with consideration that the residents who have approached, being philanthropic, would consider the transfer of property. They are that committed to seeing a tiny home community being built,” he explained.

Dowdall referenced The City of Kingston in partnership the Province of Ontario, who have recently undertaken the development of a tiny home community in central Kingston. He said it is for up to 40 homes and the project is expected to begin development for construction in late 2022.

He said the concept of tiny home communities provide an entry level for anyone who wants to purchase a home.

“From a rental perspective, it also provides a much more affordable rental capability for an individual and it speaks very clearly to the seasonal worker aspect, which is equally as critical a pressure when it comes to affordable housing and accommodation for businesses in the hospitality and tourism industry in the County,” Dowdall said.

Rogers noted several other projects that are being investigated by PECAHC, including a vacant property on Disraeli Street in Picton that would provide for a modular development; existing commercial and faith-based buildings which are becoming available would allow for a conversion to affordable housing, as well as surplus school buildings.

He also said private developers have expressed interest to PECAHC for the inclusion of at least 20 per cent of constructed units to be affordable. Quonset housing, which is a type of modular unit style, is of interest as it specifically targets seasonal workers and can be constructed either on the site of the seasonal employment or in a central location within the County.

Coun. John Hirsch said it is exciting to see how far the housing projects have come over the last year and how close they are to seeing shovels in the ground.