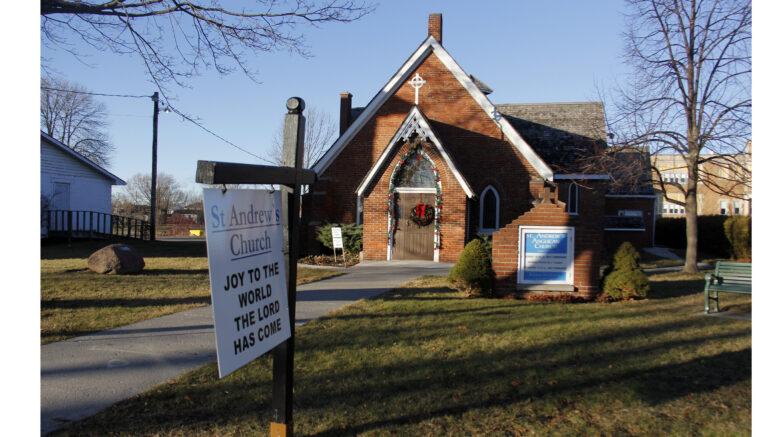 A Wellington heritage conservation district plan will balance economic development with a ‘sense of place.’

Dr. Carl Bray of Bray Heritage, a consulting firm based out of Kingston, along with Lindsay Reid of Branch Architecture, based in Prince Edward County, presented heritage findings to council at Thursday’s Committee of the Whole meeting.

Cristal Laanstra, Municipal Planning Coordinator, noted the project began summer 2019 to review the potential for a heritage district in Wellington.

“We are hoping this could build off the successes that we have seen in the Picton Heritage Conservation District,” she said. “We had some work that was being done through our Heritage Advisory Committee that related to the village of Wellington, and it looked at some of the different properties that could be worth designation.”

Laanstra said the consultant team are fielding questions and discussion with members of the public to determine how to balance new development with the existing character of Wellington to preserve the charm while also being open to development opportunities.

In reviewing the study, contents and recommendations, Dr. Bray noted Wellington is related to water and is a linear village.

“It has grown up alongside the shore, alongside a major tree route and has its back to the farmland. That kind of basic character is something that most of the people we talk to brought forward in our discussions and also is evident from the history that we were able to review,” he said.

Bray acknowledged the requirements of the Ontario Heritage Act have been met in determining whether the district warrants designation.

“We believe it does. It is a slightly different district boundary than what was found in the Request for Proposal. We feel it is one that more directly captures what is available in the core of the village. Our recommendation is to proceed,” he said.

Bray said the heritage designation is about defining a sense of place.

“Through that definition comes a series of policies and guidelines that make it possible for council to determine what would fit and what wouldn’t fit,” he said. “On the other side of the equation, anyone seeking to invest in the community or people who already own property – it gives them some guidance on how to fit in both physically but also in terms of the types of traditions and associations people have with the community.”

He said it is a unique piece of legislation and planning tool, and it’s about more than just buildings.

“Rather than it being an architectural beauty contest, as some have described it, it is much more about the holistic understanding of a place,” he said.

The study noted changes to the recommended boundary to incorporate the eastern and western side of Wellington Main Street.

“The more we looked at the way the village had developed over time, and what was there on the ground now, we felt it should not only include properties that flank Main Street, but include a little bit of Belleville Street and a chunk of Consecon Street, which we felt were continuations of what we were finding along Main Street proper,” he explained.

He said the boundary also includes all waterfront properties along the designated area.

Bray said findings included individuals buildings or groups of buildings, but also incorporated the landscape, concentrations that are important for their function, like the commercial and civic cores.

“Connections with broader things like Loyalist Highway and the lakeshore and agricultural lands behind, and then the associations with important people and events,” he said. “It is not just what is happening now in the present. It is what has come before and how some of those associations and traditions can carry forward in the future.”

Bray noted the “orderly progression” of the evolution of the village, and call heritage conservation a form of change movement. “It encourages development, but of the kind that really suits the village and suits the County as a whole. It also allows the municipal staff the tools with which to deal with that development, and also gives investors and local property owners some assurance of what their investment is going to be able to to have in the future and what the rules are,” he said.

Coun. Ernie Margetson asked how long the development of the plan would take, questioning if it will be complete in this term of council.

Bray said while difficult to predict an exact timeframe, especially in light of the COVID-19 pandemic, it would fall between nine to 12 months, depending on the time it would take for public consultation.

Margetson voiced concern about Consecon Street, which has been designated as a collector road in the Secondary Plan and is an important part to the future development of Wellington.

“The development of the properties north of the Millenium Trail are going to be very important, and Consecon Street and any of the north-south streets are going to become important conduits, not just for traffic, but for services,” he said. “That can be a real concern in terms of how it affects the streetscape and everything associated with it.”

Coun. Bill Roberts spoke to the economic and tourism impact other municipalities had experienced, where a heritage designation promoted “a healthy per cent increase in tourism; six to seven per cent” as well as bringing several hundred of thousands of dollars to the local economy. He asked if those benefits were applicable in this situation.

“One, it stabilizes local property values or enhances them. Secondly, it certainly is part of municipal branding or County-wide branding, and will attract cultural tourism and cultural tourism is the fastest growing component of worldwide tourism,” he said. “What you want to make sure is you don’t kill the goose that laid the golden egg. So, a heritage conservation district pan can give you some boundaries, if you will, for that type of development. You’ve already seen the Drake effect in Wellington which has been good, but do you necessarily want a whole lot more commercial development?”

Bray referenced another municipality as an example, where for every dollar a local person invested in their property, $14 came back.

“The economic multiplier can be significant,” he said. “Make sure that all of your eggs are not in the tourism basket. Certainly the comments I had from local people along that line were that ‘Yes, this has always been a tourist place, since the early 20th century, but that’s not all about who we are.’”

Reid said in terms of place making in the County, there needs to be a balance.

“One thing I found in terms of place making in the County, and the supplies to the districts, is that there needs to be that balance between economic development and allowing for a place for local people to live and go buy milk at the corner store. Making sure that in creating a special, that it does not exclude the lovely neighbourhoods and communities that we already have,” she said.

Bray urged that Wellington does not want to become similar to Niagara-on-the-Lake, calling it a ‘ghost town.’

“You can’t buy milk downtown. You can’t buy a screwdriver. All the people that used to live in Niagara-on-the-Lake live in St. Catherines and commute in, or Pelham,” he said. “You have a beautiful shell, but it is a hollow one, except for the very wealthy, and I would hate for Wellington to go that route.”

Coun. Janice Maynard raised concern about the development of Wellington, specifically its one access with a few secondary shoots off it for roadways.

“If we are to have a heritage district, I worry about the effects of our ability to build infrastructure because with the amount of development that is anticipated in the Wellington area, a two-lane corridor is probably not going to be suitable,” she said.

Bray noted that is a real issue.

“From what we have observed, and what we have heard from local people, traffic is already bad in Wellington along Main Street, certainly in the height of the summer, and during special events,” he said. “Something has to give. If you try to increase the traffic capacity of Main Street, forget on-street parking, you might lose some trees – it’s going to fundamentally change that character. Is that something you want?”

He said that fundamental question will have to be answered.

“The character of Main Street with the ability to park on the street, the ability to wander across in safety with some traffic calming measures; the feel that it is part of a village commercial core, a village downtown, rather than part of a commercial district on a highway,” he said. “There is only a certain amount a heritage conservation district can do to address that question, but it is a more fundamental question of development planning for the whole urban centre in Wellington.”

The study will proceed to council to be confirmed and will allow staff and the project consultants to prepare for the heritage conservation district plan. Bray also noted there is opportunity for further public consultation.