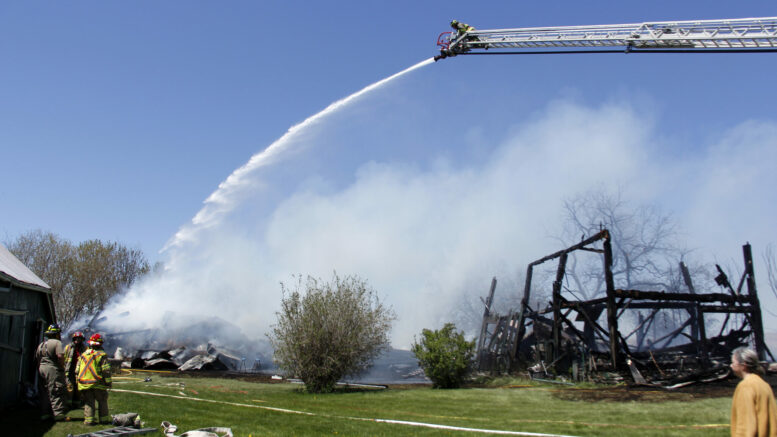 A section of County Road 5 was closed off Friday just outside of Picton as a result of a three structure blaze at 640 County Road 5. 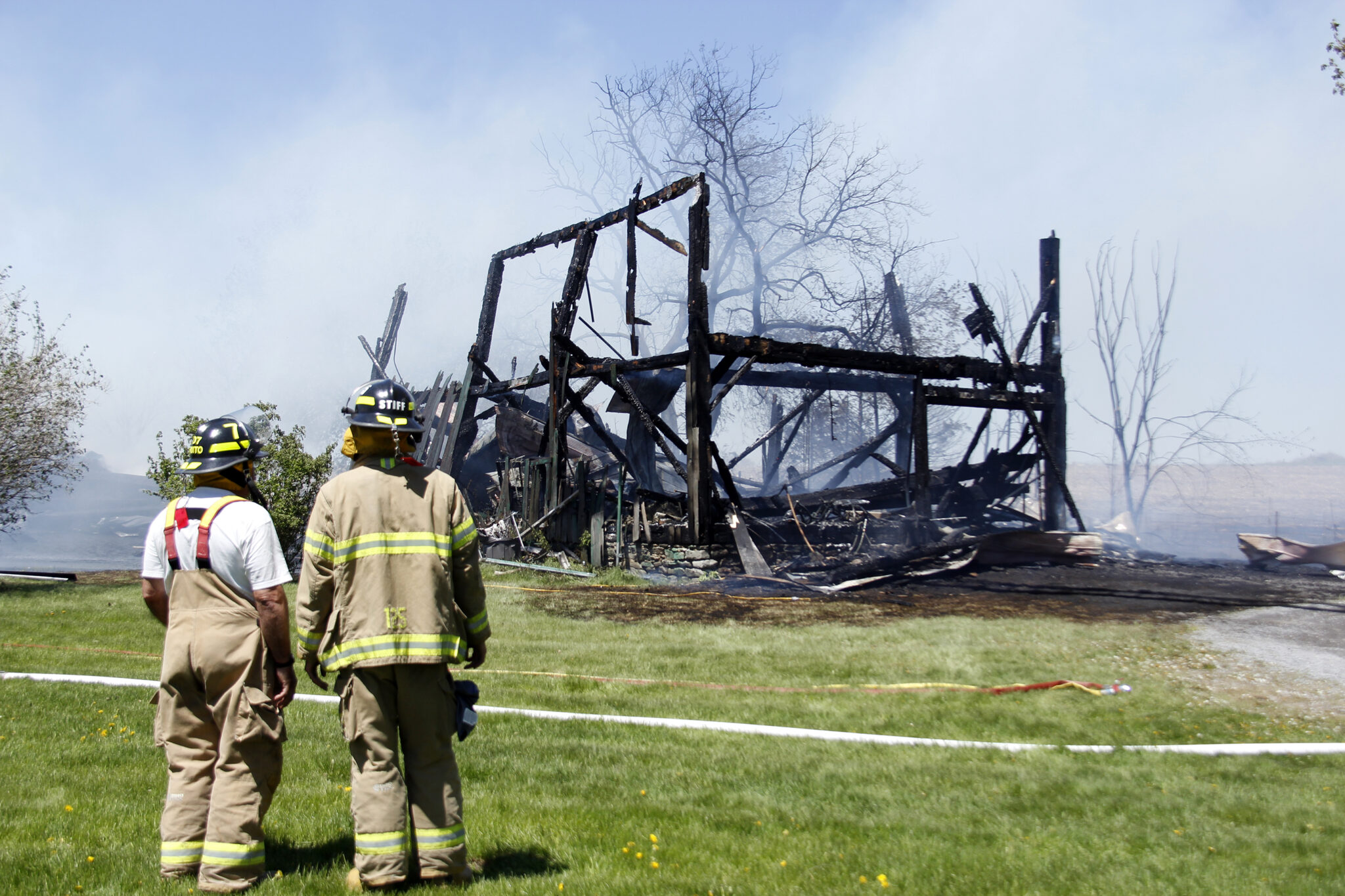 Local Firefighters at the scene of a three structure fire on Friday. (Desirée Decoste/Gazette staff)

The call came in around 11:30 with Station 1 in Picton and Station 2 in Bloomfield responding to a fully involved fire that razed three buildings used in agriculture practice.

Thankfully, no one was injured and there was no loss of livestock according to members of Prince Edward County Fire and Rescue.

The department dispatched the aerial truck which  brought in to meet a challenge in the main barn as it had an old quantity of hay inside.

“The large barn was full of hay,” said Tim Kraemer, Deputy Fire Chief of Prince Edward County Fire & Rescue Department. “It was a really old quantity of hay so it was a heavy fire load and required the use of an excavator to basically demolish the structure and pull the hay out of the structure so we could douse it all out.”

Estimated damages of the fire were determined at $450,000.