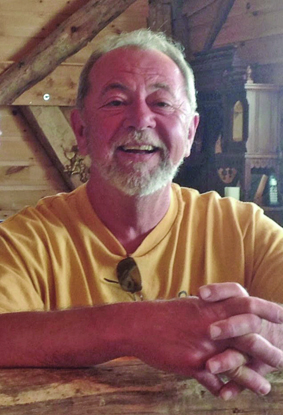 Suddenly entered into rest at his home on Thursday, May 13, 2021. Lance Crow of Picton, formerly of Oshawa died at the age of 67.  He was the son of the late Norman & Audrey Crow (nee Nelson-Cooper). Lance was the loving father of Donna Crow (Rob Leth) of Whitby and Ian Crow of Courtice.  He was the dearest grandfather of Sidney, Leif and Esme. Lance is survived by his siblings Keith (Betty), Bruce (Nancy), Brenda Schrader (Laurence) and Terry (Susan) and he will be fondly remembered by his many nieces and nephews. Mr. Crow is resting at the Whattam-Hicks Funeral Home, 33 Main Street West, Picton (613-476-2450). A Celebration of Lance’s Life will be held from the Prince Edward Yacht Club at a later date. If desired, donations to Community Care for Seniors, Picton (by cheque only) would be appreciated by Lance’s family. Online condolences and to share memories of Lance, please visit: www.rushnellfamilyservices.com