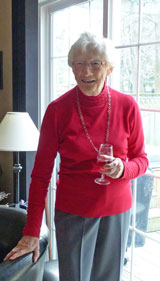 Graduate of Kingston General Hospital, School of Nursing – 1950
Peacefully entered into rest on Sunday, May 23th, 2021 at the Hospice Prince Edward, Eleanor Kelly (nee Fox) of Westwinds, Picton, formerly of Vancouver, BC died at the age 92.  She was the daughter of the late Whytock & Muriel Fox (nee Moore) and wife of the late William R. “Bill” Kelly.  Eleanor is survived by her sister-in-law Marilyn Fox of Picton and is predeceased by her brothers Bob Fox (late Madeline) and Gordon Fox.  She was the loving aunt of David Fox (Patricia) of Picton, Elizabeth Lattner (Mike) of Wellington, Richard Fox (Kris) of Gananoque and Graham Fox (Debbie) of Bloomfield and will be fondly remembered by her many great nieces and nephews.  Mrs. Kelly is resting at the Whattam-Hicks Funeral Home, 33 Main Street West, Picton (613-476-2450).  A Private Family Memorial Service will be held with Inurnment at Victory Memorial Park Cemetery, Surrey, BC with her husband Bill at a later date.  If desired, donations to the Bloomfield United Church would be appreciated by the family. Online condolences and to share memories of Eleanor, please visit: www.rushnellfamilyservices.com