In the end, Prince Edward County Council took the only path left to them on Monday night when it came to the issue of Holding Court and the representation of Canada’s First Prime Minister, Sir John A. Macdonald.

Staring down a long, hot summer of vigils, protests and possible violent counter-protests as well as the increasing likelihood of damage to Ruth Abernathy’s bronze creation on one of the busiest corners of real estate in Prince Edward County, what other possible choice could this incarnation of local government make but to take Macdonald down off of Main Street and store the effigy of a 17-year-old defending himself against an assault charge in Picton’s Superior Court?

After the stirring vigil on May 30 of children’s shoes positioned around the feet of Macdonald replete with red paint splashed about to illustrate his connection to the Indian Act, the Residential School system he supported and his abhorrent treatment of Indigenous people generally, security guards- apparently contracted by the Municipality- were stationed within view of Holding Court this weekend. Perhaps not directly given the mission of defending this ‘gift’ from the Macdonald Group lest anyone tie some red ribbon or place something to signify the horror of 215 children in an unmarked grave in Kamloops but it was rather evident there was to be no trouble.

What a wonderful offering to the municipality that now requires an ongoing security force and video cameras to ensure its safety.

As this corner stated after County Council denied the request of the Holding Court Working Group in November that the statue be removed from municipal property at the Picton Library, perhaps the more difficult choice was to leave Macdonald right were he was for all to see.

The bronze representation depicts a court scene from 1834 after a young Macdonald -egged on by friends no doubt- went to the middle of a downtown street and kicked a local Doctor in the posterior as a practical joke towards the physician’s political leanings. Given Macdonald’s acknowledged preference to frequently imbibe, it’s in the realm of probability he and his cohorts were more than two or three sheets to the wind when this all happened as they viewed a procession through Picton’s downtown.

So a visage of likely teenage drunken tomfoolery being successfully defended in a Picton Court room could have stayed for a couple of reasons:

1) As a permanent marker that people in local government and many, many supporters- including Canada’s Oldest Community Newspaper and your humble scribe- thought at the time remembering Macdonald’s brief stay in Picton wasn’t as bad an idea in 2015 as it is today. Some stains you should have to wear for the rest of your time above the sod, regardless of reconcilation.

2) As a fitting backdrop for vigils and social justice rallies for when progressive members of this community wish to honour the memory the murdered, the abused, the raped, the disadvantaged, the less privileged while calling for a new age of equality.

Of course that second portion is almost certainly going to lead to Macdonald getting the Egerton Ryerson treatment hence Council’s correct decision to remove Holding Court before an unceremonious toppling.

For those who might be trying to decry this as another case of cancel culture run amok, you might want to try another tact.

Wasn’t Canada’s residential school system the original cancel culture initiative? In the name of colonization, didn’t our government pluck indigenous children from their home communities and while teaching ABCs and 123s also try to reinforce that the “white man governs the red man” to paraphrase a lesser known but increasingly relevant Macdonald axiom?

And those clamouring about history being erased, rest assured, Macdonald’s deeds-both his efforts in nation building and unification as well as his attempts to assimilate Indigenous culture by bringing about policies that “killed the Indian in the child” and weaponizing food to force capitulation were somehow, someway, still easily found in texts and online well after Holding Court was carted away by County of Prince Edward employees early Tuesday morning.

Fear not. Our future leaders like 2021 PECI Valedictorian Talia Epstein (who graces today’s front page), armed with their unsanitized and more accurate version of how the plains were cleared and Canada was colonized are using those facts and the roots of empathy taught to them in today’s education system to ensure all of society never forgets the complete Macdonald legacy and that we must reconcile with the Indigenous people who were here long before us. 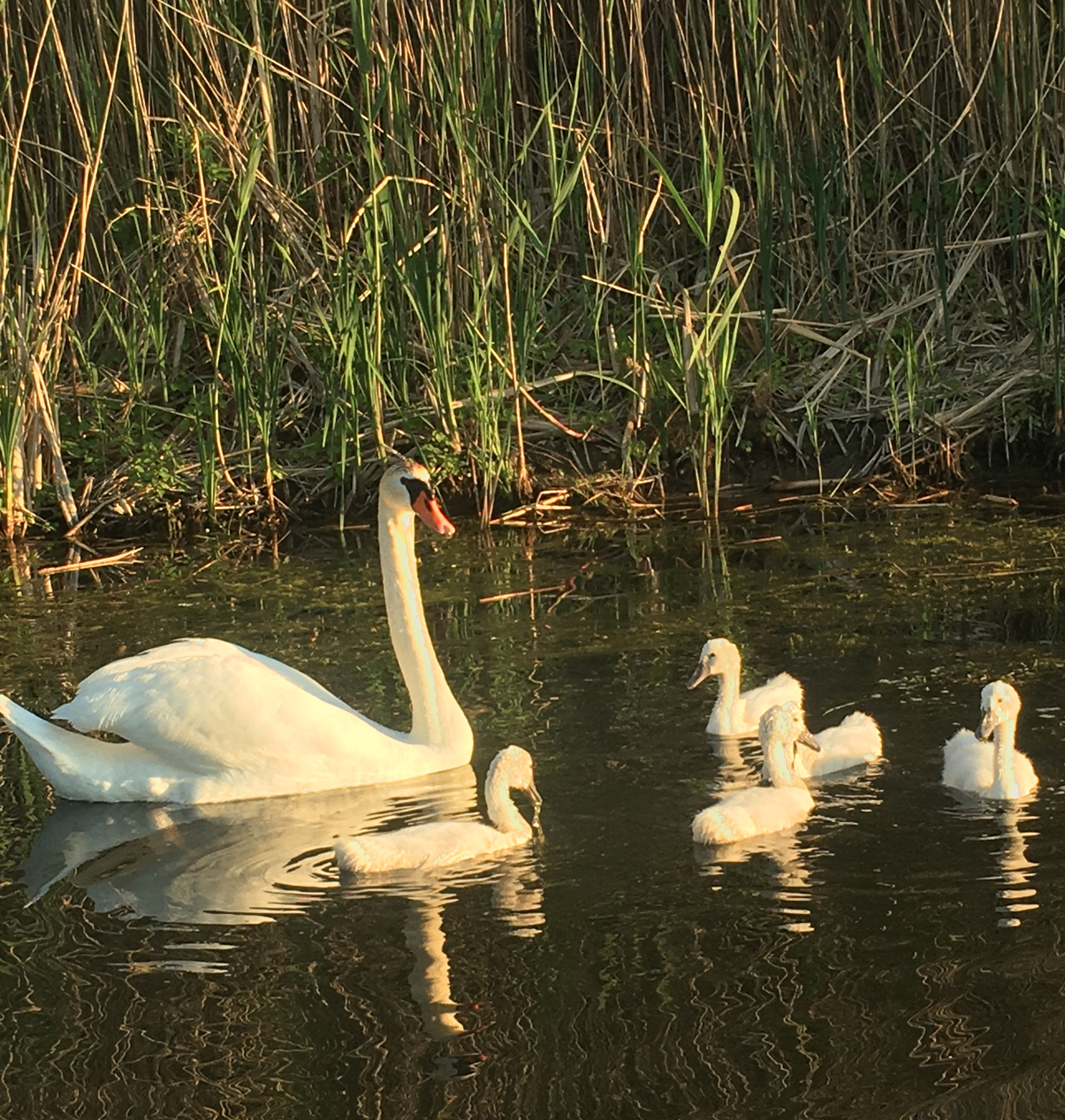 A FAMILY THAT flies TOGETHER – A pen and its cygnets swim about in the safe harbour of the Mabel Kleinsteuber Boat Launch on Sunday evening. The eastern portion of West Lake is littered with Mute Swan bevies this time of year. (Kira Parks for the Gazette)