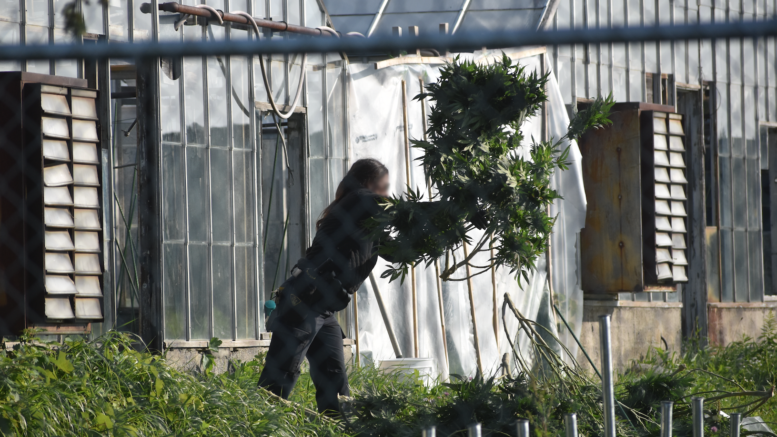 A member of the OPP collects cannabis plants during at raid near Fenwood Gardens in 2020. (Jason Parks/Gazette)

The Prince Edward OPP Detachment is seeking a partnership with Prince Edward County officials on enforcement of cannabis grow operations within the community.

Detective Sgt. Don MacAlister spoke at Thursday’s virtual committee of the whole meeting, telling council that regulations of the County’s cannabis bylaw and Health Canada licensing have created “unique challenges” on investigating illicit and non-illicit grow-ops in the area.

“Often times, these are areas of concern,” he said. “Members of council as well as the community members coming forward bringing forth their issues with regards to smell and concerns over something that, for many years, was illegal under the Controlled Drugs and Substances Act.” 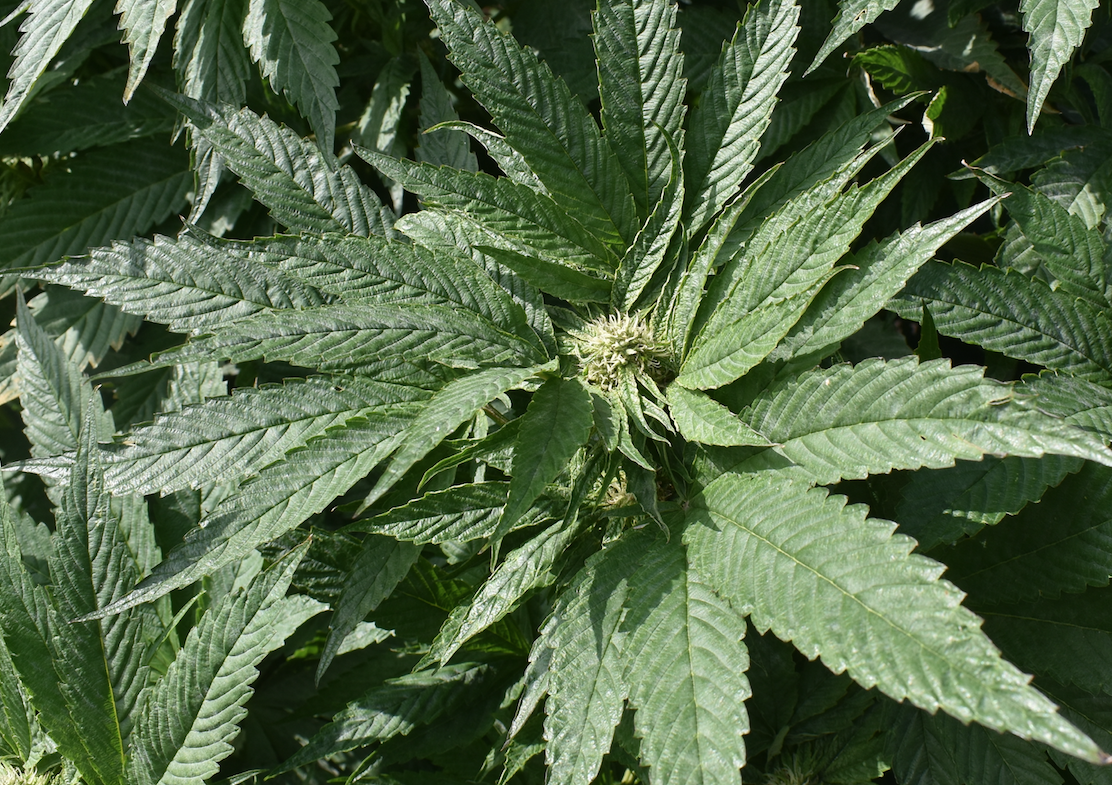 MacAlister noted there are believed to be 14 grow-ops operating in the County with Health Canada certifications.

“Although we can draw some peripheral linkages to organized crime members that behind some of these grows, it provides challenges to us with regards to enforcement in the fact that, in order for us to focus our attention on these particular locations and commence an investigation, we need a criminal starting point to avoid any allegations of why we are targeting specific locations,” he explained.

He said that has been a point of struggle in that police cannot simply profile on the fact the grow operation exists and start looking into it; there must be a viable criminal starting point.

“We are getting lots of complaints, but often times our hands are tied with regards to what we can do,” he added.

MacAlister noted partnerships in other municipalities such as working alongside bylaw enforcement officers, building inspectors and electrical safety authority workers to allow them to inspect properties with grow-ops, as police are unable to go on someone’s property without reason to believe a criminal act is taking place at the specific location.

“If we can, we will start by checking whether the property is licensed under Health Canada to grow cannabis and we can look into who those people are,” he explained.

Coun. Stewart Bailey asked how residents should be in contact if a complaint arises.

MacAlister said if someone has a concern, they are encouraged to contact Prince Edward OPP.

“Then, the next step is, if it is licensed, do we have any information that says that or gives us any type of grounds to believe that they are operating outside the regulations of their Health Canada license?” he questioned.

He said if local police officials are not able to investigate the operations, they can offer complainants advice on a different course of action.

“They could reach out to let the municipality know with regards to their concerns and maybe there’s something that can be done on another avenue; whether it be some type of bylaw for odour or sound,” he suggested.

The presentation was received by council.