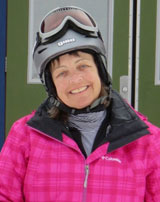 Committee Member at Prince Edward Yacht Club, Member of the Women @ Noon Club of Prince Edward County, Café Volunteer at Picton Hospital
Entered into rest on Thursday, June 17, 2021 at the Belleville General Hospital.  Sue Skuffham (nee Henley) of Picton died at the age of 69.  She was the daughter of the late Jake & Ruth Henley and was the beloved wife of Brian.  Sue was the loving step mother of Colin, and Cori (Sean) all of Toronto and was the dearest grandmother of Brianna & Rinae.  She is survived by her brothers Stephen (Pam) of White Rock, BC and John (Carolyn) of Burlington and will be remembered by her nieces Melissa, Kristen and Kelly and her nephew Jake.  Sue will be sadly missed by her beloved pup, Ginny.  Sue is resting at the Whattam-Hicks Funeral Home, 33 Main Street West, Picton (613-476-2450).  A Private Family Graveside Inurnment will be held at the Glenwood Cemetery, Picton.  A Celebration of Sue’s Life will be held at the Prince Edward Yacht Club at a later date.  If desired, donations to Hospice Prince Edward would be appreciated by the family.  Online condolences and to share memories for Sue can be left at: www.rushnellfamilyservices.com