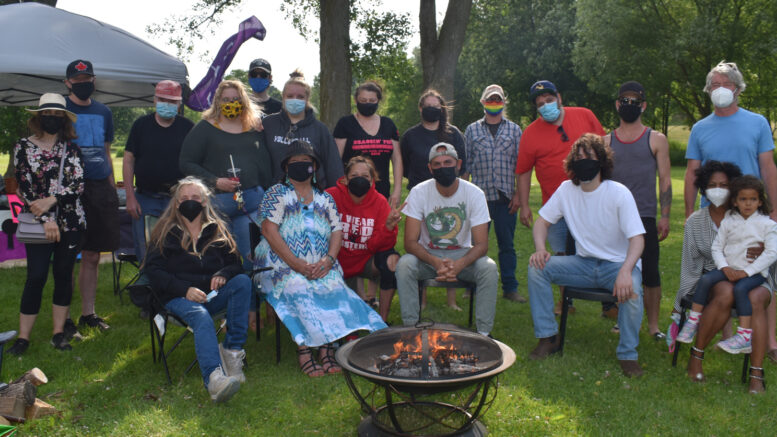 Tuesday marked the 25th celebration of Indigenous Peoples Day and to celebrate the occasion in Prince Edward County, organizers from Picton and Tyendinaga First Nation held a Unity Fire and a Strawberry Social at Delhi Park. A drop in event, several dozen people stopped by to interact and connect with their neighbours. (Jason Parks/Gazette Staff)

Reconciliation and the eventual unity Canadians and Indigenous people will need to share if we are all going to move forward in peace and equality will not come in giant leaps and bounds.

At the conclusion of the Unity Fire Gathering and Strawberry Social at Angus Leheup Delhi Athletic Field marking the celebration of Indigenous Peoples Day on Tuesday, there were still boil water advisory at hundreds of First Nations territories.

There were still hundred of missing and murdered Indigenous women and girls unaccounted for. 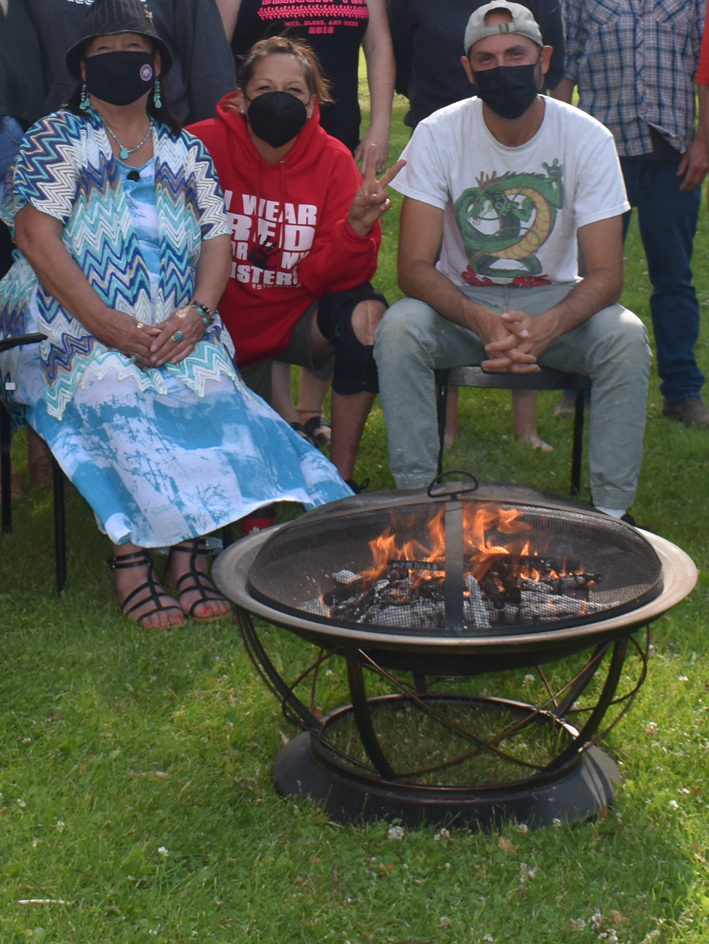 There were still a disproportionate number of Indigenous people incarcerated in Canadian prisons.

But at a windswept municipal park Tuesday, there was a dialogue building. Neighbour meeting neighbour and face-to-face discussions about the past, the need to see each other on a human level.

Friendship, fellowship and deeply valuing the future generations who will walk these lands in the coming years.

Co-organized by local resident Bryan Rebolledo and Tyendinaga Elder Karen Maracle, the Unity Fire started at 1 p.m. and the embers in the outdoor fireplace were still burning at Delhi as the sun dipped below the west Picton skyline. Rebolledo explained the thrust of the gathering was to bring the communities together, build relationships with members of the Tyendinaga First Nations community and learn more about each other on a personal level.

Rebolledo, who identifies as Aztec and Guyanese, has been involved in Indigenous activism since the summer of 2020.

“We are about learning the truth today,” Rebolledo said. “We now know in school we weren’t taught the truth, there was a lot left out. No one is trying to erase the history but we want the full perspective to be shared so we can come together and learn.” Rebolledo said he was inspired by the gathering and was starting to see a lot of calls for unification with more and more allies coming to support Indigenous people and “that’s always a good thing.”

Elder Maracle called the Unity Fire “a start for a new beginning in history” and hoped the youth of both communities would carry a new tradition forward.

“The turnout has been wonderful. It’s really great to see people like the mayor and some councillors from Prince Edward County come and introduce themselves as well as members of your Fire Department to stop by and meet with us,” Maracle told the Gazette.

Approaching a flash point in our collective histories as more and more Canadians are discovering, understanding and trying to coming to terms with the horrors of the past and their precipitous effects on Indigenous communities from the time of settling to current day, the elder agreed more and more awakenings were happening every day.

“I see it and it’s broadening very fast and every day and every year it’s going to get better. I have this feeling that more things are out in the open now and being discussed and that can only help the situation and our unity,” She said. “Today is not just about natives, its about all of us sharing this world. We’ve all experienced sadness but we have to come together and stomp on racism and move past it in unity as good people which we all are. We just have to let it show.”

Fulsome and complete education will be required for future generations to continue on a path of reconciliation.

“But it all depends how they are taught, the words that are used. They have to understand what happened in history. Education is so important to all communities,” Maracle said, adding she was inspired by the number of young people attending and the way they yearn to know the full truth and see the past from every viewpoint.