It was one of those rare OPP bulletins that must have popped the eyes of every editor, reporter and news hound in the Quinte area Friday morning.

The subject of a Canada-wide man hunt was tracked down to a residence just outside of Rossmore and had been captured by authorities. Utilizing virtually every tactical squad and specialized service within the array that is East Region, alledged murder Eric Wildman surrendered to OPP crisis negotiators but not before officers encountered gun fire when they tried to gain access to home on Massasauga Road. How Wildman came to be holed up in a local residence and whether the OPP chose to file attempted murder charges against the 34-year-old for his actions will be emerge in the coming days and weeks.

What we do know is OPP officers that have taken an oath to protect this community nearly paid for that duty with their lives. On a global scale there are underlying and systemic issues that will need to be addressed by leaders in every community if macro social equality is achieved but let’s also remember when the call is made to deal with the heavy business of capturing people like Wildman, lives are on the line.

To those who responded to the call and helped make Canada and our community a safer space last Friday and everyday-Thank you.

Looking at the mountain that is Truth and Reconcilation in Canada in 2021, it’s so easy to be discouraged. But inspiration can be found if you look hard enough and it was in good supply on Tuesday at Delhi Park. The more cynical amongst us will correctly point out that the ill perpetrated by colonizers long ago continue to plague Indigenous communities. While the number has dwindled, there are still over 50 boil water advisories currently in place at various First Nations communities across Canada. As an awoken collective, a lot of Canadians are now starting to unpack and recognize the scope of perpetual damage caused by the attempted assimilation of Indigenous children under government direction and through instruments of organized religion.

That’s rocky terrain to traverse and those are only two pieces.

But this long and anguishing trek will be made easier if we can connect with our neighbours and get to know them on personal level. They may not yet be willing to have more deep and connecting conversations but the ground work of at least getting to know leaders and discovering what ties might bind towards a productive and equal sense of unity is crucial at this juncture if the current momentum is to bear fruit. The celebration of Indigenous Peoples day in Delhi hopefully started the path forward. Here’s hoping organizers make the celebration an annual event with bigger and broader designs for the coming years where even more members of the Prince Edward County community and Tyendinaga First Nations can gather, meet and talk to one another.

From that time and space, anything is possible.

If you are within yelling distance of a sports dressing room, you will generally hear all manner of slurs and curses. From professionals to beer leaguers, cursing around the locker area before or after a game seems as instinctive as breathing. That’s what makes Las Vegas Raider Carl Nassib’s decision to come out so remarkable and why it should be celebrated widely.

There can be no doubt Nassib has heard the other ‘F’ bomb dropped in an NFL dressing room. By coming out as the NFL’s first homosexual on a playing roster, Nassib can serve as an inspiration to anyone but particularly young LGBTQ people who are five times more likely to consider suicide. That’s a scary statistic however, just one accepting figure in that person’s life can reduce that risk by up to 40 per cent.

A parent, a coach, a teacher or a teammate can be that person. Hopefully, Nassib’s bravery will spur on an end to the stigma and cause a chain reaction of acceptance in all levels of sport across the world. 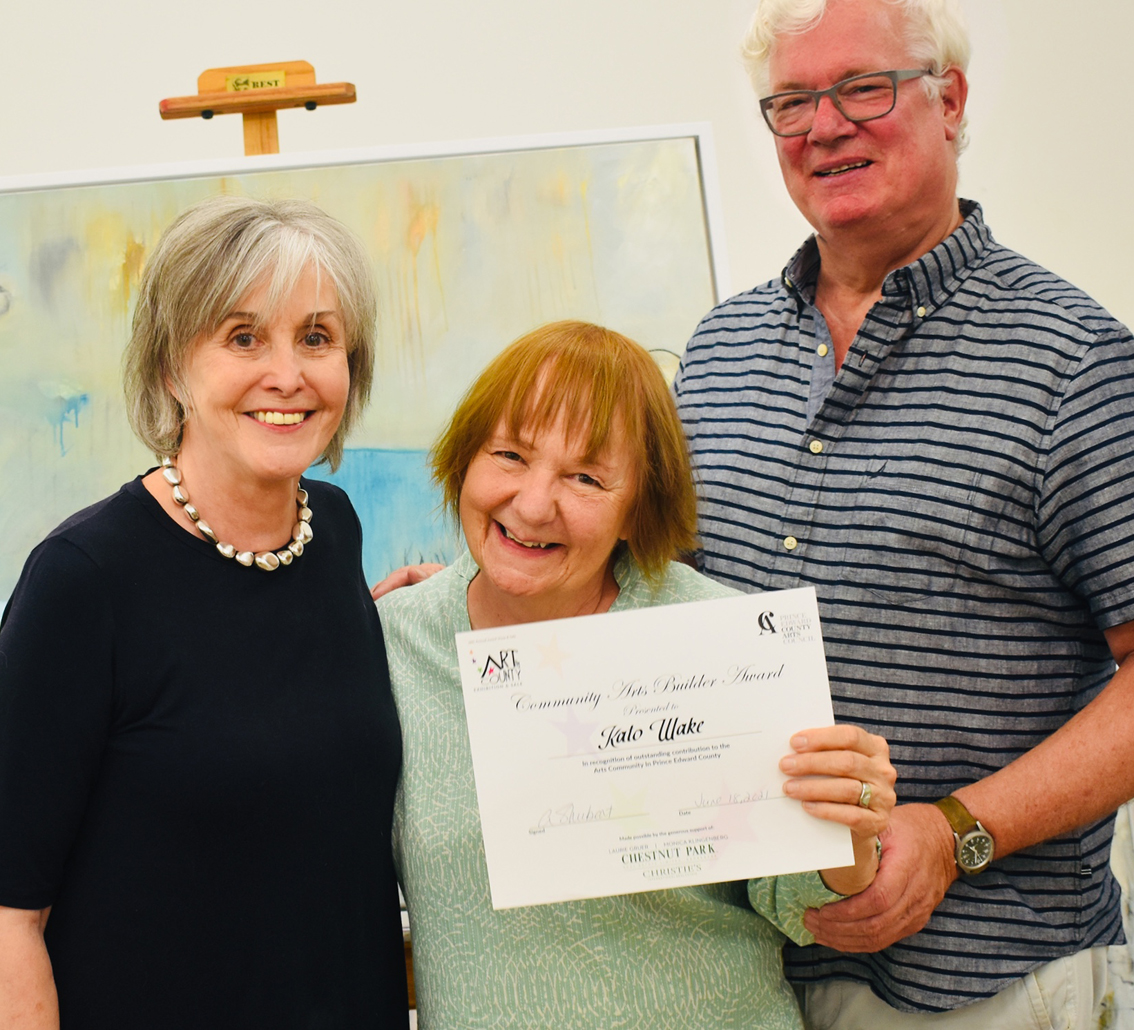 (Centre) Local artist Kato Wake was presented with the 2021 Art in the County Arts Community Builder Award last week. Sponsored by Sponsored by (Left) Monica Klingenberg and (Right) Laurie Gruer of Chestnut Park Real Estate Limited Brokerage, the award celebrates individuals who have enriched community life through the arts as nominated by local residents and includes a $250 monetary gift. Wake has had a 25-year career in graphic design, painting and instructing art and is adept in a variety of styles –from realism to abstraction, in a variety of mediums, including cold wax, oil, acrylic, and mixed media. For more on Wake and her award, (Submitted Photo)