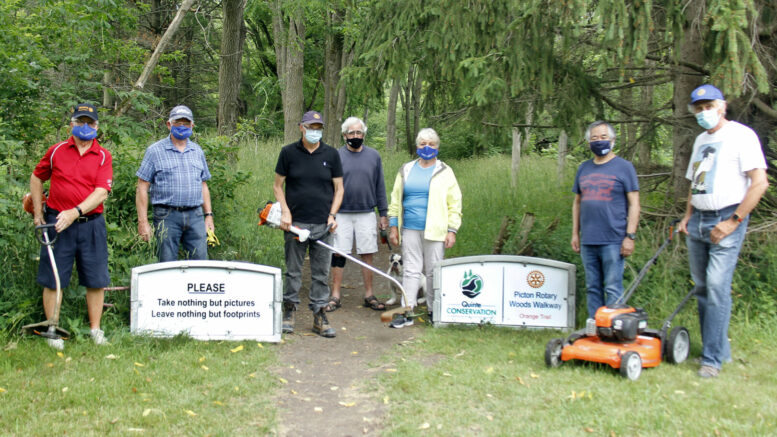 The Picton Rotary Club have assumed stewardship of the Orange Trail at Macaulay Mountain Conservation area, formerly known as the Whattam’s Memorial Walkway.

The wooded track and its maintenance will now fall to the local service club and known as the Picton Rotary Woods Walkway. 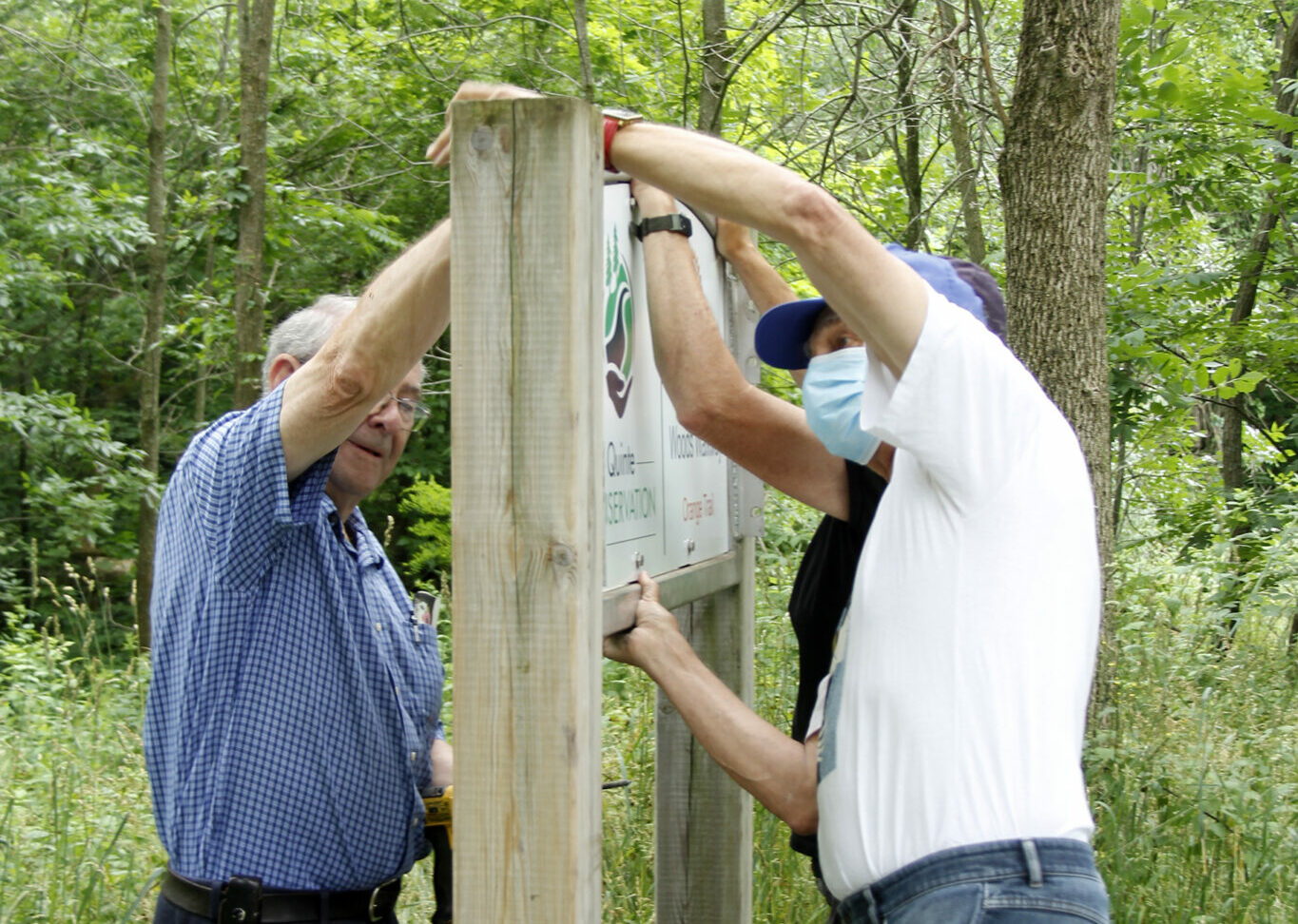 After Rotary International announced the environment would be a new,  seventh avenue of service, the Picton Club was ready to go into action. The club already being involved in the first six avenues including vocational support, community service and international outreach along with active support of youth through scholarships and exchange programs.

Many members of Picton Rotary felt more was needed and saw the environmental degradation taking place all over the world as well as in Prince Edward County. The big question for the Club was how and where to put this commitment to work.

The Club discussed options and decided to try and find a local project which would benefit the community and allow club members to experience the positive benefits of some hands-on experience and approached Quinte Conservation. After some discussion the site was found an agreement was reached between the club and the local conservation authority.

“Our Rotary international is opening another avenue of service associated with the environment and this is part of that environmental initiative and we’re working with nature and nature education is part of that,” said Dan Wight, President Elect of Picton Rotary. “Today is our Rotary District 707 conference via Hopin online. But as a part of that, across Ontario, 27 different clubs are doing something like this after the meeting to promote the environmental stewardship and this is a big day for our club.”

The walkway is part of the Macauley Mountain Conservation area but the maintenance of  memorial walkway portion was not continued . At one time the walkway was an area of contemplation and healing for families who had lost a loved one. It had been started and maintained by Mark and Wendy Davis, then owners of Whattam’s Funeral Home.

The club has undertaken to maintain and upgrade the walkway as well as rehabilitate the benches and tables. Along with the assistance of Quinte Conservation, the plan is to replace some of the non-indigenous and threatened trees with sturdy native species to try to bring the woods to a more natural state.

Also, the club is very excited to create a small area where young people can come to hear about nature from teachers and naturalists and experience the natural environment.

“We’re going to replace the weathered gravel and make it 48 inches wide and a nice trail, cut the sides so the mosquitoes to don’t wait in ambush,” stated Wight. “We have eight benches and two picnic tables on the trail already so we’ll cut around those and make them accessible for people to take a break or a have a lunch during their stroll.”