The future of a water sports attraction on West Lake adjacent to Sheba’s Island is very much in doubt after Council denied a temporary use rezoning application.

West Lake Water Park will not operate as planned this season after denial from Prince Edward County council following discussions around safety concerns.

Wednesday’s planning meeting featured 10 comments from community members as well as Warren Cole, owner of Edgewater Park and his agent. Nine of the public comments were opposed to the application.

The temporary use rezoning application, which was recommended by municipal staff for approval, would have allowed for the water park to operate a food stand and children’s day camp use at the site for a one-year period while a more permanent solution was found.

Shawn Legere, planner and agent for the applicants, said the application would allow the owners time to prepare a comprehensive planning application, supporting studies and the “continuation of livelihood on a temporary basis.”

Matt Coffey, the County’s Planning Coordinator for Approvals, explained the application is to permit a water park, food stand and day camp on a temporary basis.

“Based on feedback – and there wasn’t much justification from the applicant to demonstrate the water park would have no impact on neighbours or any suggestion some of that impact could be mitigated – staff’s recommendation was not to approve the water park, but to allow the day camp or the food truck,” Coffey noted. “The reason for that is we had not heard a lot of complaints about the day camp or the food truck.”

Coffey added it’s of staff opinion that it would be compatible with the neighbourhood and that the jet ski and pontoon boat rentals is a separate item and is not included in the water park definition. He said the water park is mainly the water inflatables.

Legere said the owners have acknowledged as of the 2019 season they have outgrown the site and are actively looking to secure an alternative site in the County to better suit their needs – considering four potential sites.

Cole, park owner, mentioned the overwhelming support from the community having received almost 300 signatures. He said 78 per cent of concerned residents who purchased a home on Sheba’s Island did so after his business began and have been complaining for years.

“We do have all the necessary permits to run the water park and the jet skis and we have been here since the 1990’s,” he said.

County resident Don Mayne brought up the lack of enforcement at the water park, noting council issued a letter saying the water park, food stand and day camp would not be permitted on the open space without an amendment to the bylaw.

“Such an amendment would be contrary to the passive uses contemplated by the zoning bylaw,” Mayne said. “RFA is now claiming that the boat rentals existed prior to 1996 and argues that approval for boat rentals is not necessary, yet the boat rental sets a baseline of intense activity and this has not yet been sorted out.”

He noted the municipality obtained its own legal saying, saying that “in recent years, the intensity of various water and shoreline expanded activities was excessive and, therefore, the non-conforming use is terminated.”

He also added the long-term residents who lived there in 1996 did not see boat rentals.

“The applicant needs to establish two things: that the business existed in 1996, and secondly, the aggregate 1996 intensity of activities for water and shoreline for both the campground and boat rentals.”

Another resident, Steve Blakely, lives less than 200 feet from the establishment, and says his family is “routinely buzzed at high speeds by jet skis and boats.” 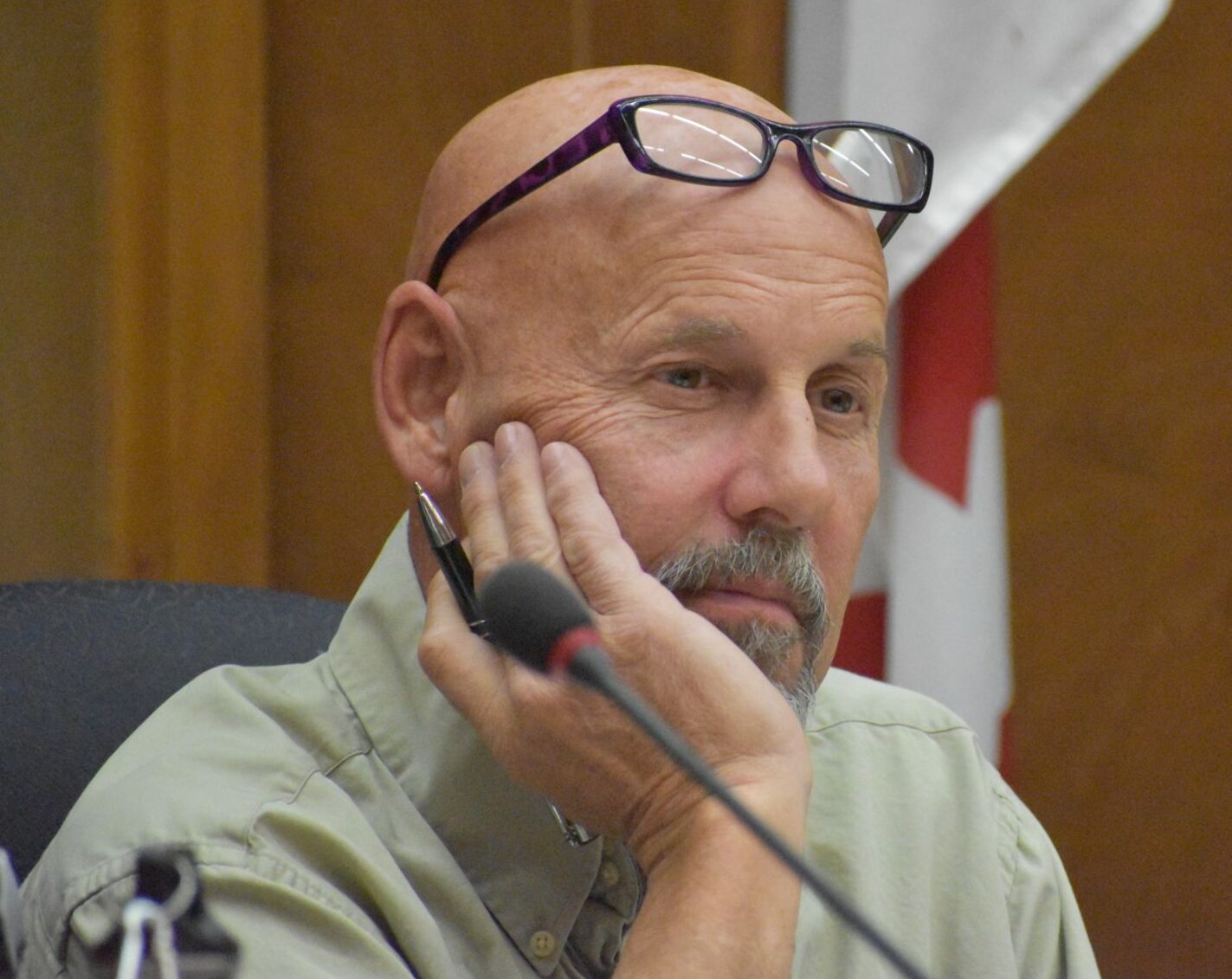 “They are far too close to our docks where our family and our grandchildren swim. Pontoon boats are often overloaded and operated erratically,” he explained. “Inflatables in very shallow water are anchored dangerously and we see many rescues, near misses, stranded boaters and kayakers upset with people yelling for help – something that happened as recently as last weekend.”

He added the park does not answer its emergency line.

“We strongly oppose the approval of a rezoning on a temporary or full-time basis as the facility was not approved for the current uses. Rather, they proceeded to operate and expand without appropriate approvals,” he said. “Since this business is operating outside permitted zoning usage, it is illegal.”

Another resident of Sheba’s Island, Laurie Ackerman, was also against the application, stating West Lake Willy Water Park should never have been allowed to operate in the first place.

“In this case, there is harm. Harm to the adjacent property owners with incessant noise, polluted water from boat rentals, and run-ins with novice Sea-Doo operators, and close calls with family members,” she said.

Ackerman referred to a June 10 planning document that tested for whether a site retains protection under legal non-conforming status relates to the degree of intensification.

“In the RFA planning document, it states ‘Edgewater Campground has 87 campsites.’ In fact, they have 111 seasonal sites plus 44 transient sites – an increase that has never been approved,” she explained.

Jill Johnston, speaking on behalf of some Sheba’s Island residents, also touched on the intensified non-conforming use.

“Sheba’s Island and Winn’s Drive is a peaceful residential community and subdivision, including the mostly seasonal residents in the residential campground,” she said. “This is clearly not the location for a tourism business with such intensified activity.”

Coun. Mike Harper asked municipal staff what was being done to address the intensity issue.

Coffey explained that by eliminating the water park, it would reduce the overall intensity of the site, but that he recognizes it doesn’t eliminate all the concerns about the jet ski and boat rentals.

Coun. Kate MacNaughton attempted to put forward a motion to have the application referred back to staff to determine the maximum usage for the children’s camp and bylaw enforcement safety solutions, but did not succeed.

She said she was familiar with the site and was concerned with the lack of parameters in the report and bylaw that will limit the activities of a children’s camp to be confined to a complementary use.

“Based on my own observations and what we have heard from the public, there are safety concerns ranging from a lack of watchful staff and lifeguarding, to poor quality safety devices, such as personal floatation devices that did not have proper strapping,” MacNaughton stated. “Unless those are dealt with, I am reluctant to support this and would consider an attempt to refer back.”

Coffey noted safety is a good question and said he was not aware of any zoning bylaw that could manage water safety issues. He noted there are existing regulations the OPP deal with.

County Planning Manager Michael Michaud added there is not a lot that can be done with zoning for safety standards with life jackets.

“We can put some capacities to the number of camp goers to that type of facility if council wants to limit intensity,” he said.

“So much of the complaint has been about the boat traffic, unsafe operation, noise and so on, and they admitted the intensity of boat operations is much greater than in 1996 which is the baseline for the non-conforming use status,” he said.

Hirsch added if other uses are eliminated the boat rental will go away because it would get much smaller.

“People won’t come there if they can’t do all of these functions. I cannot support a temporary bylaw for all these functions and I would encourage the owners to find another location to operate where this can work more in conformance with the bylaw,” he said.

Coun. Jamie Forrester asked if the complaints had been verified.

“There is a lot of damaging reports and accusations against this operation but has there been any reports to WSIB (Workplace Safety and Insurance Board) or the OPP or is it just hearsay? We should not be making decisions based on hearsay,” he said.

Coffey said he was not aware of any official violations due to water safety.

“We don’t have a lot of answers because they are not planning or zoning related. Based on safety and operations of a business, that is not our bailiwick; it’s not what we do,” Michaud said. “It is not what we are here for. We are here to determine whether or not certain land uses can operate for a certain period of time and once that bylaw ceases to exist, those uses cannot occur anymore after that unless they apply for a permit zoning and/or an extension to the temporary use zoning.”

Forrester followed up saying, “We are looking at six weeks tops and because we cannot answer these questions properly, is it our policy to shut down businesses when we don’t have clear and direct answers?”

Coun. Andreas Bolik questioned how council got to this point.

“We have a business that has been here for a long time and it’s incrementally increased in scope and intensity that the legal non-conforming and nobody officially noted this business grew and grew,”

Bolik said it wasn’t until it was found there was a violation to the bylaw and that there are still a lot of unanswered questions.

At the conclusion of the meeting, all but councillors Forrester and St. Jean voted to deny the application.