A graduate of the Prince Edward County Minor Softball Association, I was sitting on the bench waiting for my first turn at bat with the vaunted Cherry Valley United squad in the spring of 1993.

I’d come up to the circuit most minor softballers aspired to before they were old enough to play in the local slo pitch leagues.

Who was this short(er) woman yapping at me as I went from the on-deck circle to the plate in one of my first Church League at bats? Didn’t she not know I was kind of a big deal when I was cranking dingers (OK, maybe triples because I would get tired running the bases) for the Athol Pee Wee entry a season ago?

That was my first experience with the late and ever-so-lovely Valarie MacDonald. Or Val to just about every one involved in anything that benefitted the people of this great community.

An infectious smile, a know-more-than-she’s-telling glint in her eye and a heart of gold ten times the size of Prince Edward County, Val was so much to so many and was still razing her beloved Radar (Al) up until an hour before she finally succumbed in a battle with cancer that lasted two decades. The dreaded big C bit off way more than it could chew when it decided to tangle with a PECI Valedictorian who was an eight time Ladies Champion at the Picton Golf & Country Club and loved and was loved so deeply in this community.

Long before she was diagnosed with multiple myeloma and long after, Val was everywhere in this community. She took on a role at the local track, coaching and inspiring young golfers to tee it up and built the junior program to over 120 members. Well after she retired from chirping from the dugout at Prince Edward County Church League games- by the way, the only league in the world where you would pray for one another’s salvation before the game and then spend the next seven innings trying to send the other team there- I would run into Val at various AGM’s of local service clubs and not-for-profit groups.

An accountant who could crunch numbers and make her fingers dance lithely over the keys of a calculator without evening glancing, Val would always take time to ensure everyone at the meeting understood without getting into ‘accountese’ what that year-end financials meant.

While the details may have been glossed over or at least played down at the time, Val made a huge assist to the Prince Edward County Minor Hockey Association. If Minor Hockey Associations could be bought, sold and relocated like NHL clubs are today, the vultures would have been circling PECMHA in the mid aughts. The finances were dire. Undeterred and with her children past playing age, Val MacDonald helped save minor hockey in Prince Edward County through community yard sales, golf tournaments and keeping a steady hand on the wheel of the vehicle so many children enjoy today on as it rolled on to recovery.

She chose to take on this task- like the other things she did for causes in Prince Edward County- not because it would benefit her but because it was good for the community. Her friends and neighbours. And people she would never know.

She did this not too long after being diagnosed and embarking on a journey that would last 20 years. A total of two stem cell treatments. Experimental medicine and oncologists who were thinking outside the box. Regular maintenence chemotherapy. Val kept going to Eastern Star meetings and working for her community because that’s what Val wanted to do.

And yet the irrepressible laugh that could be picked out from the next village over never diminished in its volume or regularity.

In more recent years, Val took on the role of organizing fundraising golf tournaments for Hospice Prince Edward. As her partner in crime Kevin Gale told me, she was a secret weapon. “There’s just some people you can’t say no to.”

That was Val MacDonald. Someone you just couldn’t let down no matter the ask.

This corner would say this community was enriched by people like Val but the fact is there was -no one person like Valarie MacDonald. She will be missed. 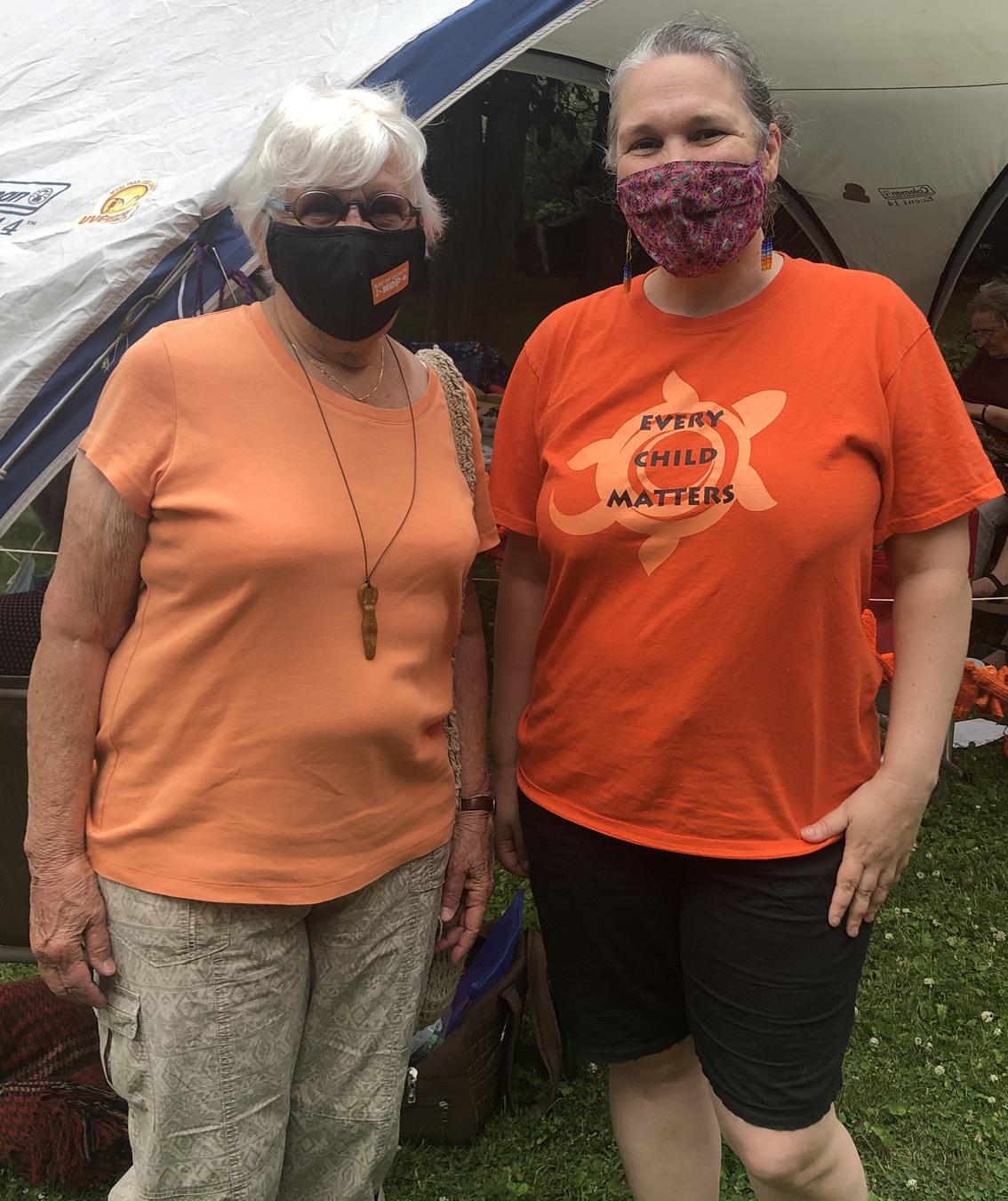