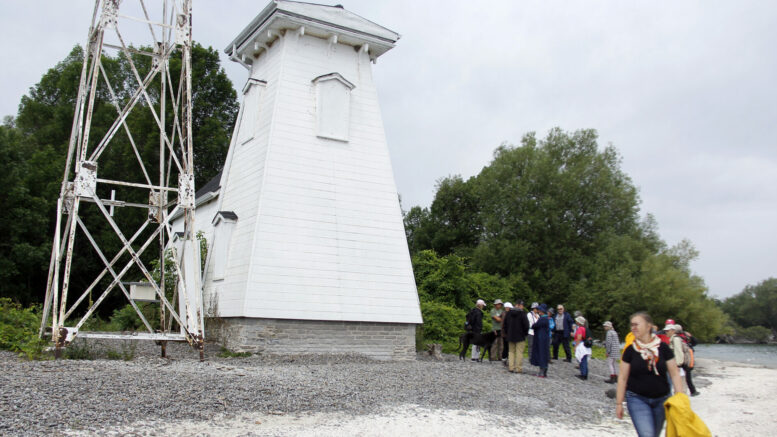 LIGHTHOUSE HISTORY A group of people gathered close to listen to local historian Marc Seguin tell some of the history of the Point Traverse Lighthouse/Prince Edward Point Lighthouse on July 18. The walk was organized by the South Shore Joint Initiative (SSJI).(Desirée Decoste/Gazette staff)

The educational stroll was organized by the South Shore Joint Initiative (SSJI).

Erected in June 1881 the lighthouse was originally called the South Bay Point Lighthouse with the area around it being called South Bay. The area is now called Prince Edward Bay. 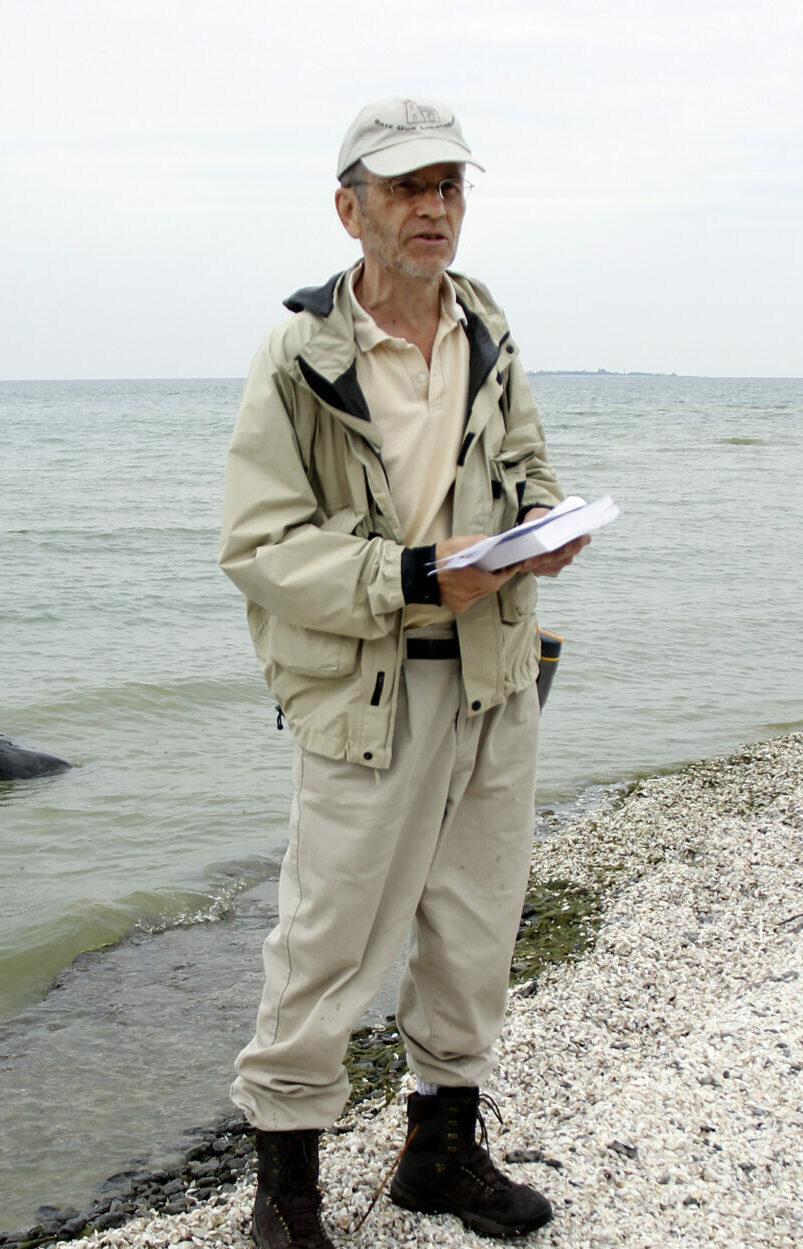 “This was the most prominent point in this area,” Seguin stated. “When they built it, (the lighthouse) this was one of the first lighthouses to have a red light on the top so the local fisherman often referred to it as the red onion. Now most locals call this the Point Traverse lighthouse, technically speaking Point Traverse is about a kilometre and a half back, so this is not Point Traverse it is just what we call it locally, technically it is the Prince Edward Point Lighthouse,” Seguin said.

The lighthouse is owned by the federal government and as a mandate of the Heritage Lighthouse Protection Act, the government ensures a modicum of maintenance is undertaken.

“The federal government is not going to do anything else with this lighthouse,” expressed Seguin. “They’re not going to restore it, they are not going to open it as a museum, they are not planning on doing anything. However I have talked with them and they are open to having a license of occupation issued, which is basically a $100 fee every year that some organization could pay to turn this into some sort of community space, whether it’s a museum or an event space or whatever. Those discussions are on going.”

In 1959 the lighthouse was decommissioned. The coastguard controlling the lighthouse had a policy which was when decommissioning a lighthouse,  demolition followed especially when the structures had a skeleton light tower built next to the lighthouse. Miraculously the government never toppled the lighthouse down and in 1975 ownership fell into the hands of Parks Canada who are responsible for conserving historic sites across the country.

“They’ve (Parks Canada) done a little bit of structural work on the inside of the lighthouse but other then that it was falling into disrepair really, really badly,” Seguin said. “Until 2015 when our organization ‘Save Our Lighthouses’ petitioned the government as part of the Heritage Lighthouse Protection Act to have this lighthouse designated as a heritage lighthouse. And so it was designated and then fairly soon after that the government of Canada put this new “skin” on the lighthouse, the original material is still behind there, at least they weather proofed the lighthouse more or less. Even since then since 2016 when they finished that part there’s been some damage, some of the flashing is missing off the corner and there’s some holes in the foundation but thats going to be some on going work they are going to have to do.”

Seguin added that it doesn’t matter what you call the lighthouse, its heritage needs to be respected and conserved.

On the journey back from the lighthouse, Paddison lead the group into the fields towards the north side of the peninsula where he found evidence of an attempt at settlement, a start of a rock wall. He also explained how the terrain, now full of trees and bushes of such, but was once an open area where you could see for miles.

To purchase a copy of For Want of A Lighthouse please visit https://www.barnesandnoble.com/w/for-want-of-a-lighthouse-marc-seguin/1121870617