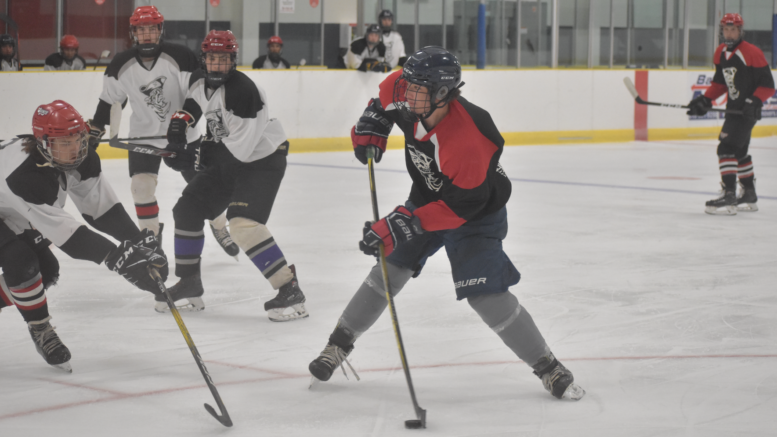 Fans and parents in the stands, high levels of skill on the ice and Jr. A organizations watching from their perches.

Throw in Club President and founder Ron Norton grinning ear-to-ear all weekend under his Montreal Expos face mask and you had all the earmarks of a very successful Picton Pirates mini camp at the Wally Dever Arena this weekend. 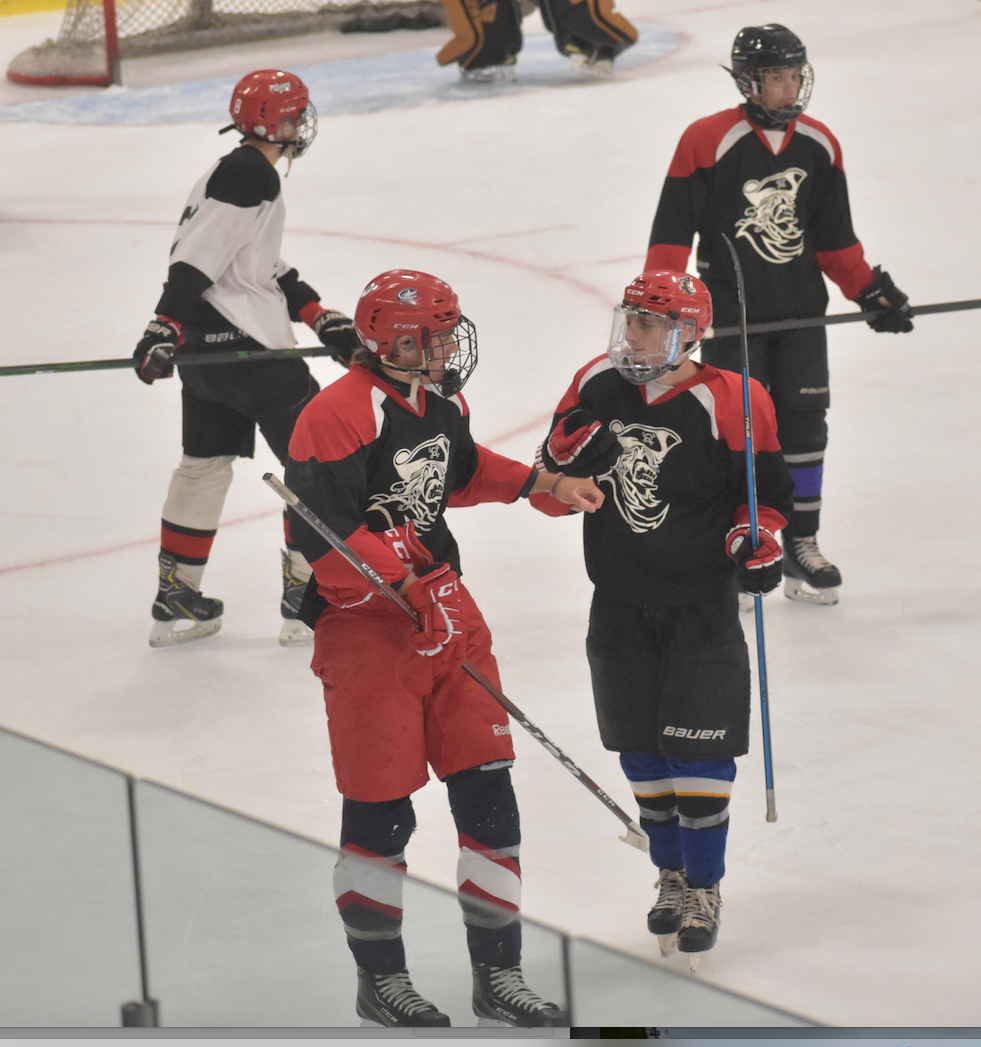 In total, the Pirates evaluated over 30 skaters and four goalies during two, four hour sessions in Belleville.

Pirates General Manager Jason Parks said it was vital to the organization to take stock in the talent in the area and make positive introductions to the players the club will be keeping tabs on in the coming years.

Particularly when regular hockey activities were nothing more than a pipe dream last season due to the COVID 19 pandemic.

“I know for myself and Head Coach Kyle Hawkins Schulz it was really important to have this type of prospects skate as soon as possible. You can talk to scouts and coaches and parents all day long but until you see a player in competition, on the ice, you will never really have the base line to make a proper evaluation,” Parks said.

Split up into two games of 13 skaters and a goalie per four teams with two seasoned OHA officials making calls on the ice, the camp included no less than four OHL draft picks and a number of AAA players that are expecting to walk on to Major Junior try out camps at the end of the month.

“With this type of camp you don’t expect every player to instantly mesh with their linemate but there were some really nifty plays and, despite the timing, the tempo was incredible,” Parks added.

“I know Aidan certainly sparked the interest of Wellington and I think we will see him at the Dukes identification camp Aug. 13 and 14,” Parks added. 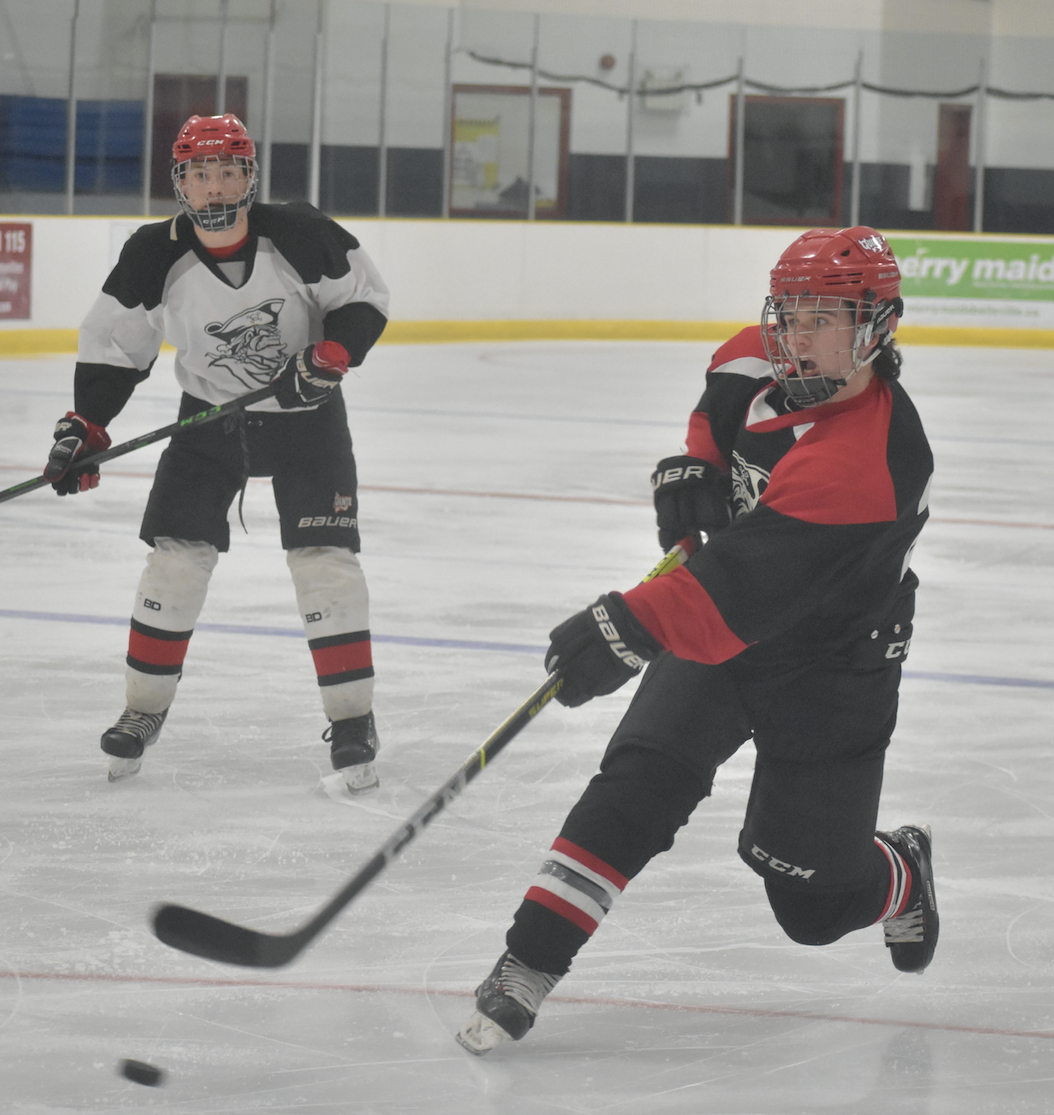 “We threw Nolan to the wolves in the first game but he made some tremendous saves and kept the game close for quite a while,” Parks said.

Other locals of note included Ameliasburgh’s Keenan Wiles who played with Kingston AAA in recent years.

The line of Wiles, Ben Smith and Ottawa 67’s draft pick Jack Dever had nine goals in two games and it was perhaps fitting as both Wiles and Smith are County natives and Dever is the younger brother of Pirates forward Owen Dever.

The camp even had it’s moments of levity. Veteran Jack Dow filling in on Sunday skated over the blue line and snapped a slap shot past the opposing netminder, drawing a few cheers from his teammates on the ice and in the stands.

“49 more to go!” Dow yelled back as he returned to centre ice for the ensuing face off.

“It was great to see the level of engagement by the veterans this weekend,” Parks added. “Most of them already know Kyle and I so they didn’t have to show up but more than a handful came to watch and see who will be challenging them at training camp later this month. I take that as a great sign they are committed to the Pirates organization and continuing the process they started back in 2019-20 and that’s winning the Tod Division outright and making a run to the Schmalz Cup.”

The club will hit the ice again next weekend with its veterans and a number of the top prospects from this skate taking part in a similar process.

“After next weekend, we will be able to take stock in what we have, what’s out there and what else we need to recruit. After Jr. A camps are done, there’s going to be some really tough decisions to be made but the early returns are incredibly positive so far,” the GM added.

The club’s main training camp will open in Wellington on Aug 22 with a rookie exhibition game against Napanee tentatively planned for Sunday, Aug. 29.

Dependant on COVID and public health permissions, the club is expecting to face Frankford in the Huskies home opener October 2 and play their first game Huff Estates Arena Thursday, Oct. 7.