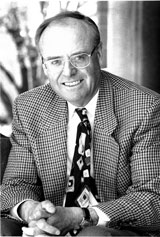 John Herbert “Jock” Galloway
22nd January 1940 – 27th July 2021
It is with heavy hearts that we announce the passing of Jock on July 27th, 2021, in his 82nd year. Born in Stranraer, Scotland on January 22nd, 1940. Jock was the second child of James Lloyd Galloway and Hylda Mary Galloway (nee Dixon, both deceased). He is predeceased by his elder brother Donald James Galloway (Janet). Survived by his younger brother Alexander Lloyd Galloway (Denise), and by his younger sister Mary MacCrimmon Galloway (Manfred). Sadly, missed by nephews Steven Galloway (Marianne), Tom Galloway (Tracy), Sebastian Galloway; great nieces Zoe, Riley, Lenore Rose and great nephews Archer and Declan.
During the War years (1942-1945) Jock and the Galloway family moved several times in England until his father was posted to Berlin (British Sector), 1946 – 1949. Jock moved back to England (Bushey), 1949. Until once again the family moved, this time to Geneva Switzerland where Jock attended Ecolint, The International School of Geneva, 1952 – 1955. Returning to England (Eastbourne) in 1955, Jock attended Eastbourne Grammar School earning his “O” levels and was awarded the Caffyn prize for English and the Hartington prize for top boy. In 1956 Jock and the family emigrated to Canada where Jock attended McGill University in Montreal. Jock graduated with First Class Honours BA in Geography in 1960 and was one of five students awarded the Woodrow Wilson Fellowship that allowed Jock to attend the University of California, Berkley, where he earned his MA in 1961. In 1964, Jock began an early association with the University of Toronto as a lecturer with the Department of Geography. He completed his education with a PhD from the University of London 1965. He then became Assistant Professor, 1965 – 1970, Associate Professor 1970 – 1977 and then Professor 1977 – 2005, Department of Geography at U of T. He was awarded the Guggenheim Fellowship in 1970. He was a member of both the Canada Council Leave Fellowship; Visiting Fellow, Emanuel College Cambridge, 1977 – 1978. His primary area of research was the historical geography of Brazil and the Caribbean, and historical geography of the sugar cane industry. Jock was Fellow, Victoria College U of T, 1986 – 2005. He served as editor of the Canadian Geographer and sat on the editorial board of the Journal of Historical Geography. He won the 1999 Outstanding Teaching Award in the Faculty of Arts and Science, and the 2002 Award for Scholarly Distinction in Geography from the Canadian Association of Geographers. On July 1, 2005 Jock was awarded the honour of Professor Emeritus of Victoria University, U of T. During his forty years of academic life at U of T Jock supervised many successful graduate students. He made a point of keeping up with them, often during his travels. Jock’s education, teaching, research and publishing activity was focused primarily on research and writing on various historical subjects of the sugar industry including the role played by the railway in the staple’s transportation and trade. Also included was research on the Department of Geography at U of T and research and memorials on Bill Birch. As well as writings produced as part his post-graduate studies focused on the plantation economy of Barbados and the historical geography of Pernambuco, Brazil. His book The Sugar Cane Industry: An Historical Geography from its origins to 1914 was published in 1989. Jock retired from U of T in 2005 but continued to work on the 2nd edition of his research “Sugar II”. Jock’s expertise in the sugar industry was world-recognized, to the extent that set designers of the Pirates of the Caribbean films sought information on the correct design of an 18th century Caribbean sugar mill.
Both before and after retirement Jock travelled the world, attending geographical conferences speaking on his expertise in the sugar industry. He also travelled widely to explore countries new to him for personal pleasure, enjoying culture, food, and indulging in skiing and birding. A very important part of Jock’s life were his family and friends. He was always connected with them, until his health declined. Having lived with Alzheimer’s Disease for 14 years, Jock lost the battle at Moira Place Long Term Care Home in Tweed, Ontario. The day before he died, during a moment of clarity, when asked by family how he felt, he uttered “Marvellous.” The family would like to extend their sincere gratitude to Dr. Mustard, and all staff in the Mulberry and Heritage wings at Moira Place Long Term Care Home, Tweed. Jock was very happy and comfortable while there. We would also like to thank Jock’s friends for the support and kindness over the years. In keeping with Jock’s wishes cremation has taken place. There will be no visitation or funeral per his wishes. Memorial donations can be made in Jock’s honour to the Alzheimer Society. Condolences can be made to Jock’s Memory Wall at: https://www.quintecremationservices.com/memorials/john-galloway/ 4678106/obituary.php