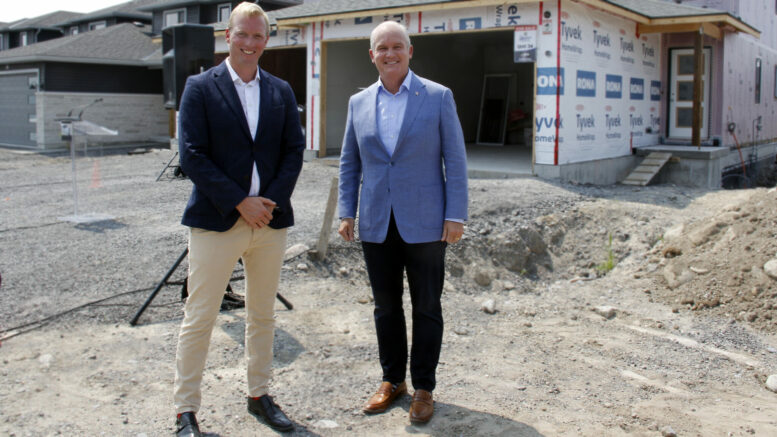 Conservative Party of Canada leader Erin O’Toole introduced his plan for jobs and opportunities in rural Canada Monday during a campaign style stop in the Bay of Quinte area.

O’Toole was in Belleville to meet with Bay of Quinte candidate Ryan Williams and other regional candidates to discuss the CPC’s plan to reinvent and revitalize rural areas of the country.

“Today I’m here to talk about rural communities,” O’Toole said. “They are key to Canada’s economy, culture and our way of life. But for six years the Trudeau Liberals, along with the NDP and Greens, have completely ignored the needs of rural Canadians, that is not going to happen with the Conservatives. Through Canada’s recovery plan we will ensure your voices are heard and your concerns are addressed. Our plan will create jobs in every part of our great country including rural Canada, not just in big cities. We will get Canadian’s back to work and we will restore hope.” 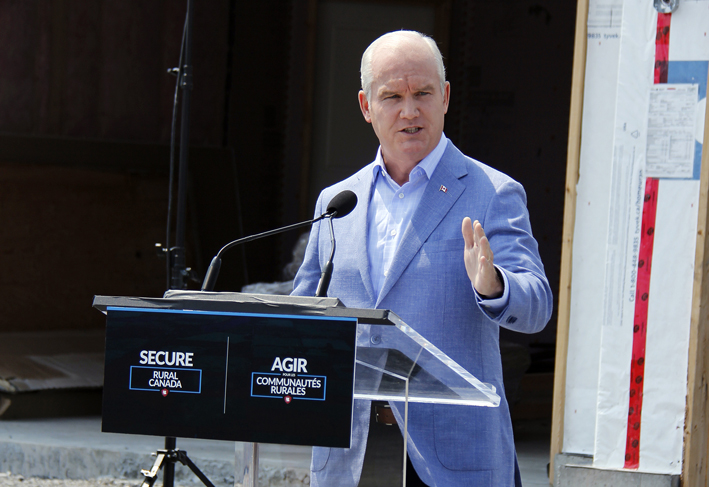 The leader said Canada’s Conservatives will take specific steps to help rural Canadians, including building digital infrastructure to connect all of Canada to high-speed Internet by 2025.

“Our plan starts with broadband,” stated O’Toole. “We will connect all of Canada to high speed internet by 2025. Justin Trudeau’s current federal target is universal high speed internet by 2030. Canadian’s can not wait nine years, they deserve action now. Ontario and Quebec have moved ahead on their own, they are tired of waiting. Too many Canadian’s still lack adequate internet access, we will put a stop to the endless delays bureaucracy and we will become a true partner to the provinces delivering broadband across the country.”

To foster and have greater input from Canadians living on rural routes, O’Toole said a Conservative government would appoint a Minister of Rural Affairs to Cabinet who will ensure “Canadians living outside of the big cities have a voice at the table.”

“We will set aside a portion of federal infrastructure funds so they can be targeted specifically for projects in rural areas,” said O’Toole. “We will ensure Canada’s tourism strategy support rural tourism and encourages Canadian’s and visitors from around the world to explore remote parts of the country including hidden gems in Canada, like Prince Edward County, like Quinte, these are gems we need to share.”

Curbing rural crime by adding a sentencing consideration for courts based on evidence an offence was directed at property or a person that is vulnerable because of their remoteness from emergency services was a plank in the party’s platform addressing rural realities that was touted.

“We have a plan to tackle rural crime,” O’Toole declared. “Too many politicians and commentators who live in our big cities talk as if crime is less and less of a concern in Canada, because they ignore, they don’t understand or they simply don’t care about what is happening outside of our big urban centres. It is time for a government that will ensure families living in small towns and rural areas feel safe in their homes and on their farms. We will tackle rural crime and ensure criminals who take advantage of someones distance from emergency services pay a price for that.”

O’Toole also added Conservatives will significantly reduce the amount the Liberal government spends on advertising with big foreign tech companies such as Twitter, and instead direct Federal ad dollars to Canadian media.