Parliament hadn’t even officially been dissolved before the Conservative Party of Canada gave us the first cringe worthy moment of the 2021 election.

With Sunday all but confirmed to be the start of the next federal election campaign, Erin O’Toole’s CPC jumped the gun Friday, releasing to social media a clip of Justin Trudeau’s head super-imposed on Verruca Salt, the bratty character from the 1971 film Willy Wonka and the Chocolate Factory. In it, ‘Trudeau’ throws a temper tantrum demanding a majority government.

The not so subtle message of the ad is to inform voters Trudeau triggered the election in an effort to gain a majority. Not exactly a bombshell revelation. The ad wasn’t even on social media for an hour before members from all parties, including fellow Conservatives, began to distance themselves from it with comments ranging from ‘tasteless’ to ‘embarrassing’.

When the Conservatives were looking to fire the first shot, they likely weren’t aiming for their own foot. Fortunately for them this likely won’t be the only gaff made in the election and the other campaigns will almost assuredly make their own missteps. It’s still never great to be the first one to make a mistake especially when there’s so precious room for error.

What the ad fails to do is address the reason why Trudeau is confident enough to call the election in the first place. Advance polls have shown for quite some time now that support for Trudeau’s Liberals have swelled to potential majority territory. If his opposition wants to do anything about that, they’ll need something better than ‘he called a snap election.’

Precedent is on the Liberals side. The average life span of a minority government in Canada is 479 days, which is about a year and four months. By the time Sept. 20 rolls around, 700 days will have passed between elections, the previous one having taken place October 2019. The major difference here of course being an ongoing global pandemic which many experts say is headed towards its fourth wave.

Unsurprisingly, each major party outside of the Liberals has expressed some sort of disgust over the idea of having to go back to the polling station in the midst of a pandemic. And in some ways the average voter probably shares a lot of those sentiments. The general consensus seems to be most Canadians would rather not have an election this summer. Perhaps rather mercifully, it’ll be as short as possible, the minimum 36 days.

That means the opposition doesn’t have much time to turn the tides. Wasting time by preaching to the choir isn’t helpful. Instead they’d be better served outlining real reasons why they feel Trudeau is underserving of another four years-something each leader has expressed to varying degrees over the last year.

Now’s the time to put action behind those words. No more hypotheticals or second-guessing. This is their shot to convince Canadians why they should be the ones making the decisions as the country looks to rebound following one of the greatest challenges the world has ever seen.

Like it or not, the election is happening. Candidates would be wise to seize this opportunity rather than lament it. 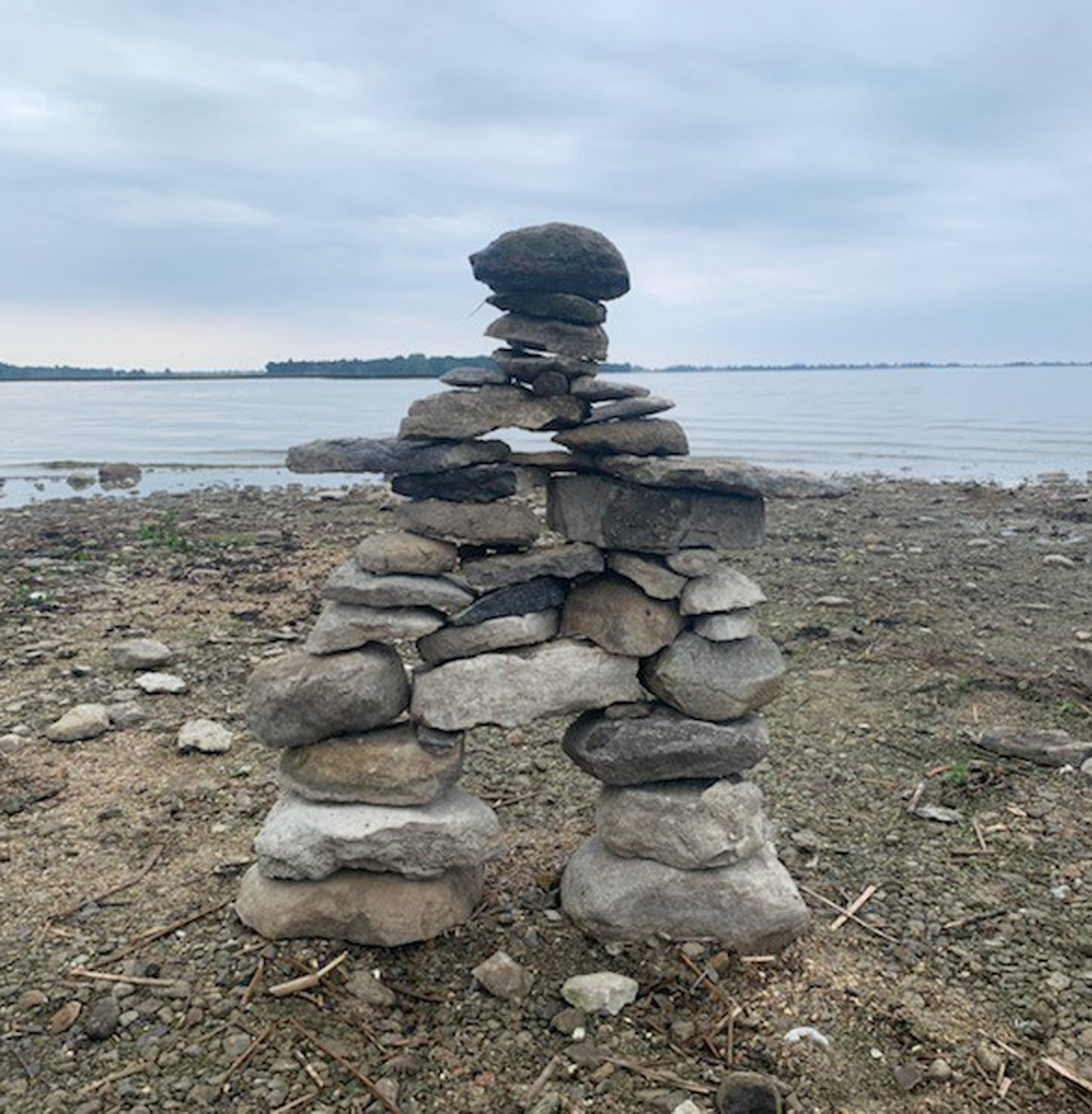 ALL IS CALM and peaceful – According to the Canadian Encyclopedia, an inukshuk is a figure made of piled stones or boulders constructed to communicate with humans throughout the Arctic. Traditionally constructed by the Inuit, inukshuk are integral to Inuit culture and are often intertwined with representations of Canada and the North. Brenda Daniels found this one standing near the Hideaway Campground on West Lake. (Submitted Photo)