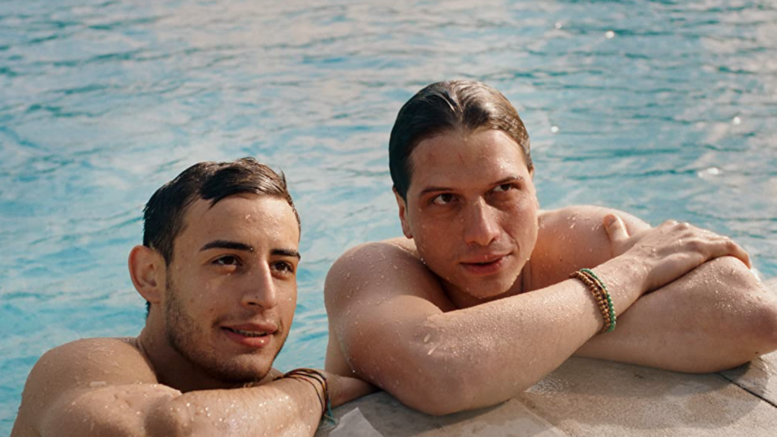 Betyo is based on European novel and wrestles with the tension between cultures, and between a family’s sense of honour and a person’s need to be true to themselves. The film is being presented at the Mustang Drive-In Tuesday as part of the The Inside Out x RBC Drive-In Tour.

A touring film and entertainment festival that champions cutting edge LGBTQ+ filmmakers from across the globe will be making a stop at Prince Edward County’s Mustang Drive-In on Tuesday.

The Inside Out x RBC Drive-In Tour promotes innovative LGBTQ+ filmmakers from across the globe with live music performances and screenings. Tuesday’s event features

Inside Out is a not-for-profit registered charity that exists to challenge attitudes and change lives through the promotion, production and exhibition of film made by and about 2SLGBTQ+ people of all ages, races and abilities.

For nearly three decades, Inside Out has brought Toronto’s 2SLGBTQ+ community together in celebration of the best queer film from Canada and around the world. Through annual Festivals in Toronto and Ottawa, filmmaker initiatives, youth engagement and year-round events and screenings, Inside Out is engaged every day in challenging attitudes and changing lives.

RBC is proud to sponsor Canada’s largest 2SLGBTQ+ film festival, Inside Out. For the past 31 years, this festival has been challenging attitudes, changing lives, and inspiring us all through the power of film.  As presenting sponsor for the 13th year, RBC has seen this festival showcase some of the most compelling, thought-provoking and inspiring LGBTQ+ cinema in the world.

Sweetheart will be preceded by the short film Pitoc e Icinakosian and will be followed by Beyto.

In Sweetheart, A.J., a socially awkward teen, has just arrived at a coastal holiday park with her mom, her two sisters, and her older sister’s boyfriend. Their crime? Being painfully normal and having little to no understanding of how hard it is to be A.J.

As she is dragged from beach day to magic show to family dinner, A.J.’s only respite is the occasional glimpse of Isla, the cute lifeguard patrolling the park. When Isla starts paying attention to A.J., A.J. has to deal with the potential of having her summer dreams come true.

Beyto is presented in Swiss German and Turkish, with English subtitles. Adapted from a novel by Swiss-Kurdish writer Yusuf Yesilöz, Beyto, which won the Prix du Public audience award at Switzerland’s Solothurn Film Festival, wrestles with the tension between cultures, and between a family’s sense of honour and a person’s need to be true to themselves.