The last legitimate leg many COVID-19 vaccination deniers were standing on finally gave out Monday as the United States’ Food and Drug Administration fully approved the Pfizer vaccine. The milestone means the emergency use label and all the connotations that came with such a designation can be put to rest.

No word as of yet if Picton Farm Supply had already seen a run on its stock of ivermectin but we’ve reached such a state of misinformation, entitlement and ardent denial the FDA also had to issue a statement earlier this week asking people to stop ingesting the livestock dewormer as some kind of barnyard-born COVID prophylactic.

Seriously. Thankfully, it looks as though a double vaxxed critical mass in Canada will eventually saunter over the 80 per cent threshold thanks, in part, to both this latest bit of approval news and federal and provincial vaccination mandates for those hoping to travel by train or plane, work for certain levels of government or play organized sports.

For those on the fence and waiting to take an FDA-approved version of the vaccine, you can walk into a clinic anywhere in the Quinte area, roll up your sleeve and take a fully approved vaccine.

What else could you possibly be waiting for?

Who will win the war at Lake-on-the-Mountain? And at what cost? Perhaps this third party traffic study will be the magic exiler that brings this municipal council and the business operators to some kind of expediated agreement- an added parking lot here for a small stretch of safe roadside parking there? What exactly is standing in the way of such a solution?

From the outside looking in, it seems both sides need to bend before one breaks. This summer of visual and verbal acrimony for the entire community to see has not been in the best interests of any of the parties involved.

In a normal summer, covering events and festivals on the east end of Prince Edward County means driving through Lake-on-the-Mountain on the weekend quite regularly.While not exclusively the case, there have been multiple times in the last five years that the experience is harrowing to say the least. Legitimate safety concerns from people who travel this road regularly should be noted as part of the study.

A peaceful, safe and workable solution for both sides would be most welcome in 2022.

A FAILURE TO PREPARE

Conservative Party of Canada Leader Erin O’Toole had a much better second week on the federal campaign trail thanks in part to the lag in Canadian-organized mercy flights of allies and refugees out of Afghanistan.

While you can’t blame Prime Minister Justin Trudeau or any elected or appointed official for not knowing the Afghan army we spent years training would tumble like a house of cards in mere hours, you can blame them for not having a contingency plan in place ensuring if and (more like) when the time came, all of those identifiable and still in country that helped Canada in Kandahar could be ushered to safety.

Our forces haven’t been in Afghanistan in over five years but interpretors and those who risked their lives to assist Canada’s mission deserved our very best when those same lives were in jeopardy at the hands of the Taliban.

They didn’t get it. 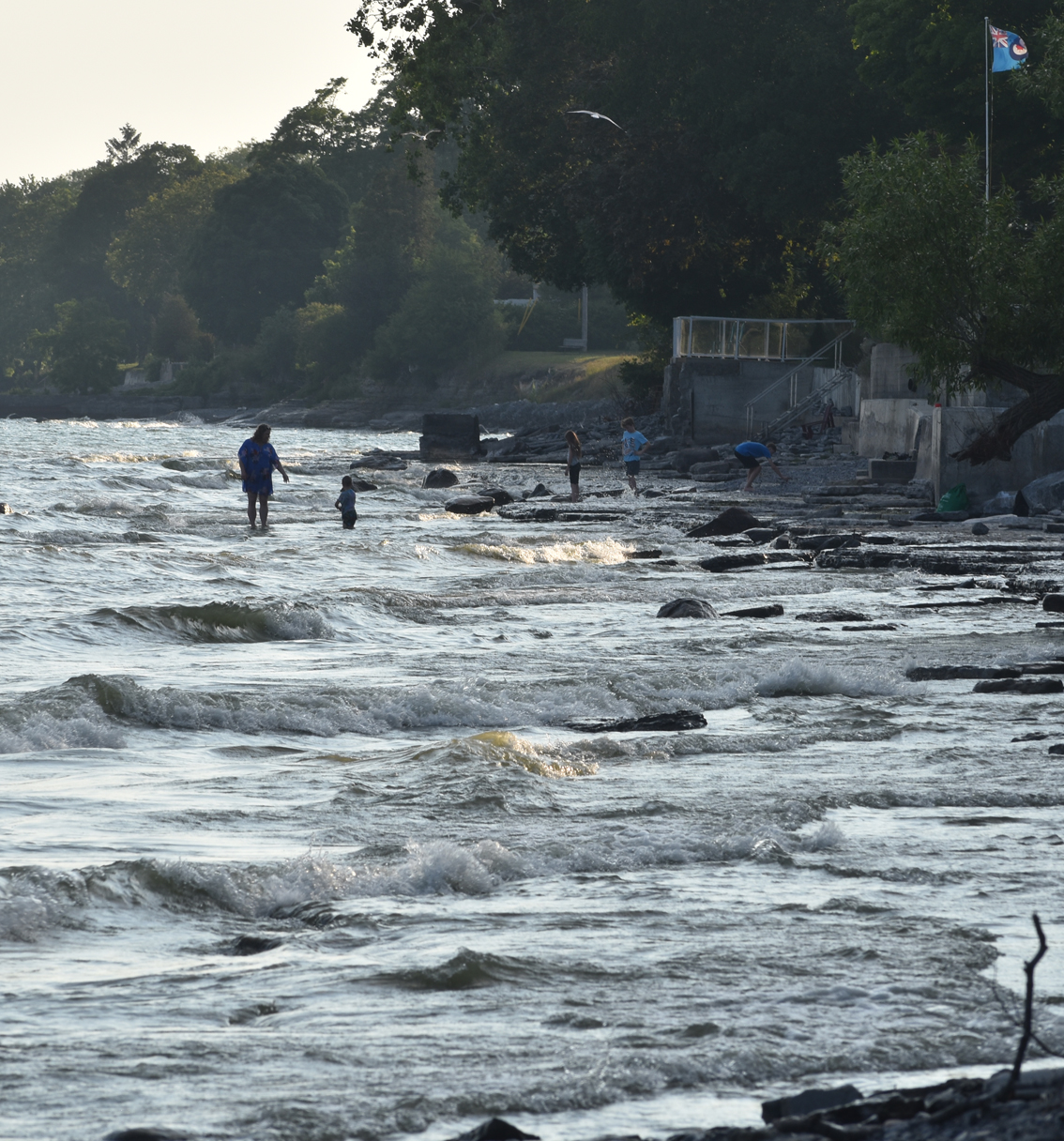 THE TIME IS RIGHT FOR A DIP – The rolling Wellington shoreline is still one of the coolest spots when the weather is hot. Under the oppressive heat and humidity, swimming spots are a highly valued commodity in Prince Edward County. (Jason Parks/Gazette Staff)