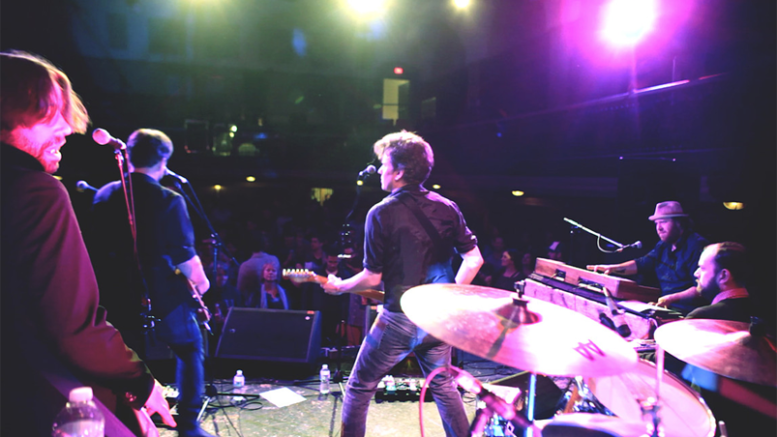 Without question, labeling Tommy Youngsteen a great Toronto-based cover band would bely what the group that plays the music of Fleetwood Mac, Bruce Springsteen, Tom Petty, etc. really is.

And that, in this journo’s experience, is a great night out. Guaranteed.

Tommy is back to a rebranded but familiar Prince Edward County haunt later this month as they celebrate the music of the culturally significant Canadian super group The Band.

Tickets are available at https://www.eventbrite.ca/e/tommy-youngsteen-the-very-best-of-the-band-tickets-146183969187

Group founder and frontman Alan Snoddy admits the landscape for live acts has been somewhat barren during the COVID-19 Pandemic. At times over the last year and a half, when the dawn of a long day screamed for elixir of live music, none was to be found.

“It’s been tough, less shows means less money,” Snoddy told the Gazette. “It’s slowly coming back but people are still a bit apprehensive. We will get there. People can survive without music, but they can’t really live,  not to get too mushy about it.”

Live music reverberating off the walls of the The Eddie’s century old red barn needs to be experienced first hand and Snoddy said he’s excited to see the positive changes as the property has undergone a transition to new ownership.

“I was down there a few weeks ago to see Mike and Alex and they’ve been great, very helpful. They have a great sense for promotion and using that property to its fullest potential, aesthetically,’ Snoddy noted.

The last trip to the Wellington areahad Tommy Youngsteen present ‘Rumours-the music of Fleetwood Mac back in 2019.

This time around, its the unique combination of The Band-all their hits and the favourites from Martin Scorsese’s ‘The Last Waltz’ are on the set list.

“A lot of people don’t know that The Band are Canadian with the exception of lead singer Levon Helm. I think they were the first “Americana” band, combining, country and rock n roll and vocal harmony,” Snoddy said.

The front man said he would watch the famed documentary “The Last Waltz” with his parents every year at Christmas.

“My dad’s favourite part was when Ronnie Hawkins turned to the promoter Bill Graham and said “Big time Bill, big time.” When I played my first concert in New York at the “Town Hall” the first thing I did was find a post office and send my folks an NYC postcard with “Big time Dad, big time” on it. So it will be great to have them both there for it and Sept 17th just happens to be my mom’s birthday,” Snoddy said.

The arrangement will include an 11 piece band with horns.

“It’s going to be a great send off for summer,” he added.

The group will return to Prince Edward County with its Fleetwood Mac show Rumours on Saturday, Nov .17 at the Regent Theatre.