THERE’S GRAVEL IN YOUR EYE Remember way back in olden times when you might fire a pie to the mug of the Prime Minister and immediatly get arrested for it?

It was 2000 and a pre-election campaign stop in Charlottetown for PM Jean Chré​tien when protester Evan Brown stepped through a crowd and planted a cream pie of some description in the kisser of the Little Guy from Shawinigan. Chré​tien was clearly caught off guard or he would have given Brown a “Shawinigan Handshake” like he offered to anti-poverty protester Bill Clennett in 1996. Clearly protesting a Prime Minister is nothing new but what transpired in London this week is a departure from the normal.

Of the party leaders, Trudeau is the only one getting the short shrift from a travelling band of almost exclusively white hooligans that seem to have a massive grudge against the sitting Prime Minister, science, democracy and any other sacred institution decent, God-fearing Canadian folk hold dear. Conservative Party leader Erin O’Toole was quick to condemn the actions of the deranged rock throwers on Monday, calling them “disgusting.”

While some of O’Toole’s more unenlightened supporters might, in their wildest dreams, fantasize about such acts, the People’s Party of Canada signage and the anti-mask, anti-vaccine banners carried by the mob kind of help point observers in right direction as to what political stripe these thugs probably align themselves with.

London Police have opened an investigation that might indicate or clear which party this roving horde embraces but as Trudeau continues to be targeted along the campaign trail in a way that shouldn’t be reflective of Canadian politics-but sadly, is- there must be call to action for the RCMP security detail of all party leaders as they glad hand and meet the electorate.

Those screaming lunatics who even look like they MIGHT hurl aggregate-based projectiles in the direction of anyone who would be our next Prime Minister must be dealt with harshly.

Normally, we would make some kind of sarcastic remark about how we should be careful or our politics might take on a resemblance of what has lurched out of the political swamp fevers of the United States. Unfortunately, it looks like it’s too late.

LOVE THY NEIGHBOUR Madhumitha Balasubramani moved to Prince Edward County about 18 months ago but had been coming to our bucolic ‘burgh three years prior for her employment. She fell in love with the place, like most visitors do, right from the start. Madhumitha works at a local pet care business and, like a lot of County residents, has a side hustle. It’s called Home Samayal which is a south Indian cuisine pop up.

Madhumitha loves living here and has made many friends. But Madhumitha felt the need to share her experiences on social media late Monday night and to read them is both disheartening and plausible if you know the lay of the entitled land around here.

Madhumitha is dealing with the double County cardinal sin of a) not being from here and b) not looking like she is form here. And she’s tired of the glances and the comments.

“Every time I think I am becoming a part of the community here, I get reminded that I don’t belong here. I was not born in the county hence I cannot be from the County. I am an outsider and will always be an outsider. And I am not just angry for me, I am angry for my minority friends who go through this everyday just like me. I am angry because people love to say we aren’t like our neighbours to the south. Canada doesn’t have racism but we sure as heck do. Next time you see people saying horrid things like this, stand up for your minority neighbour, your POC farmer, your friend who might be too scared to say anything.”

This hot garbage attitude that’s been allowed to permeate the collective mind set of some long time Prince Edward County residents has to stop and this corner, with his five generations in the local graveyard, is telling you so. In case that matters, which it should not.

And those who might be sitting on the sidelines watching quietly are just as guilty. Call out casual racism when you hear it. Stand up for people whose only crime seems to be they don’t look like you but they love an island in Lake Ontario as much as you do.

We will be a better community for it once you do. 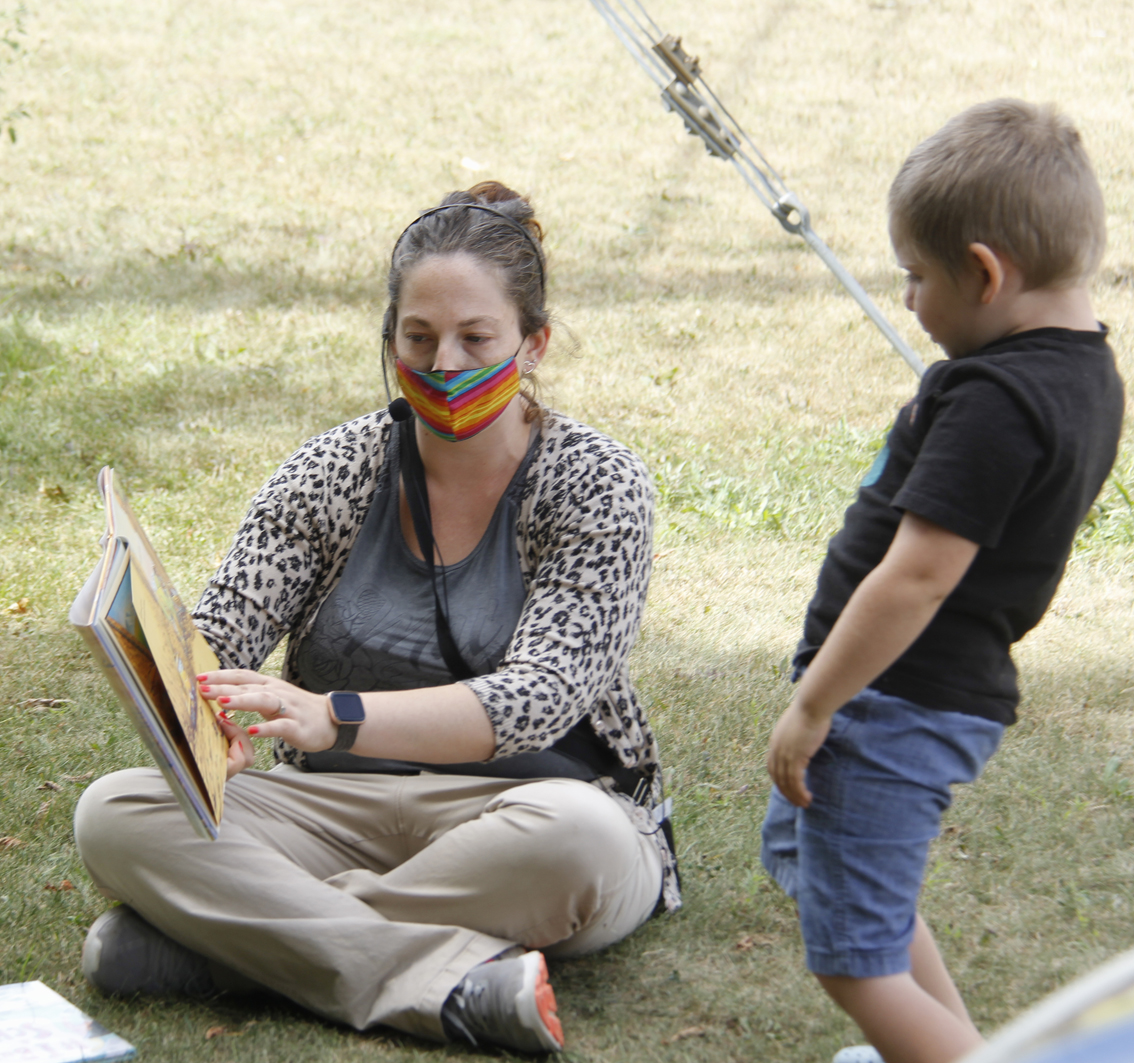 READING IS FUN! DAMENTAL – County of Prince Edward Librarian Whitney Shantz was one of the leaders taking part in Thursday’s Reading Round up. PEC Library employees, members of Prince Edward Learning Centre and County Kids Read were at Macaulay Village Park handing out free books, library cards and handing out gift cards to the PEC Fresh Market. (Desirée Descoste/Gazette Staff)