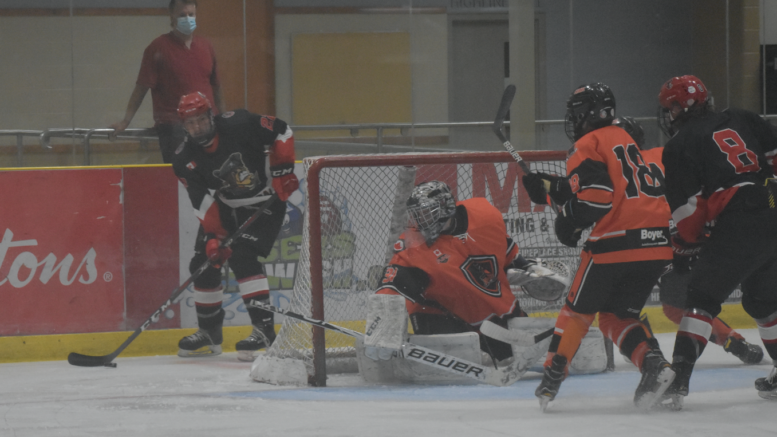 Picton's Nate Boomhower had a pair of goals Thursday night to pace the Pirates over the North Kawartha Knights. (Gazette Staff)

The Picton Pirates got their first win of the 2021 PJHL preseason as they outlasted the visiting North Kawartha Knights 7-4 Thursday night at Lehigh Arena.

An inter-division tune up between the Orr’s Knights and the Pirates of the Tod circuit, the Knights looked ready to defend their 2019-20 Division title in their first game of the preseason, dressing a number of veterans including club captain and County native Justin Arnold. 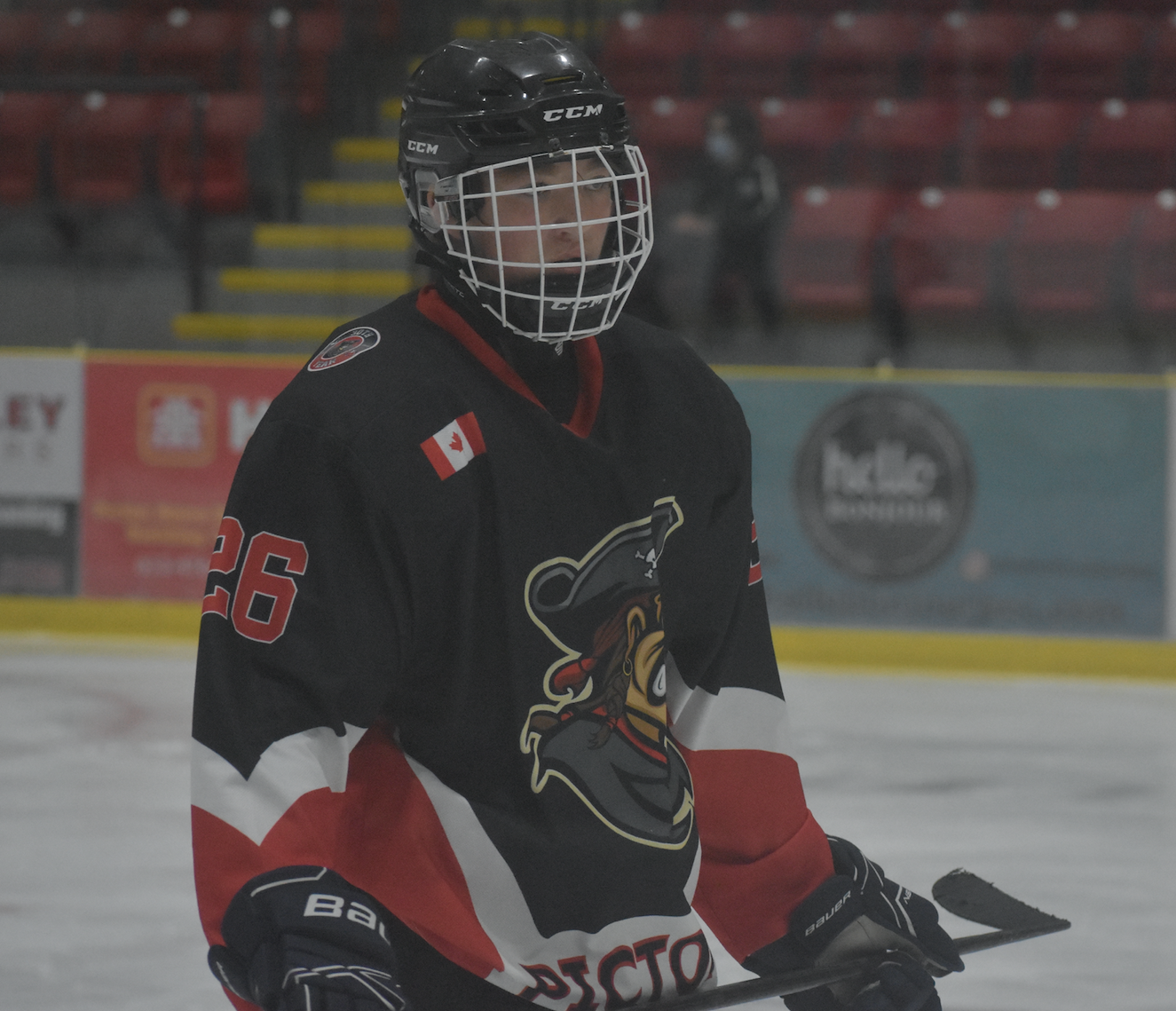 Picton also went with a more veteran line up in it’s second game of the exhibition schedule and it was returning captain Devin Morrison opening the scoring with a nice tip of a Noah Brant shot at the goalmouth just over five minutes into the game.

Morrison would set up Picton’s second goal about seven minutes later when he sent Nate Boomhower in on a one-on-one rush. The big Picton power forward showed some nice moves, getting past the Knights defender and depositing a backhand tuck past North Kawartha starter Noah Beaulne.

The Knights battled back and it was Arnold potting a power play goal before the visitors also managed to count a shorthanded marker to make it 2-2 at the end of one.

In the second, Picton Pulled away as Joey Coates would snipe his first of two in the frame just half a minute in as he took advantage of a partial breakaway and made it 3-2.

Boomhower’s second of the game came at 15:39 mark off a nice pass from Gerrit Kempers and then Ben Smith cashed in the eventual game winner just under a minute later off a Nolan Dawson pass.

Brayden Adams powerplay goal past the half way mark provided Picton with some insurance that was put to good use as the Knights pushed back with a pair of their own.

Coates converted a Cole Stevenson feed at the 3:00 minute mark to move the score to 7-4.

An uneventful third saw neither team find the back of the net.

Tyler Wortman picked up the win in his Pirates debut.

Picton is in Port Hope on Saturday night to take on the Panthers.