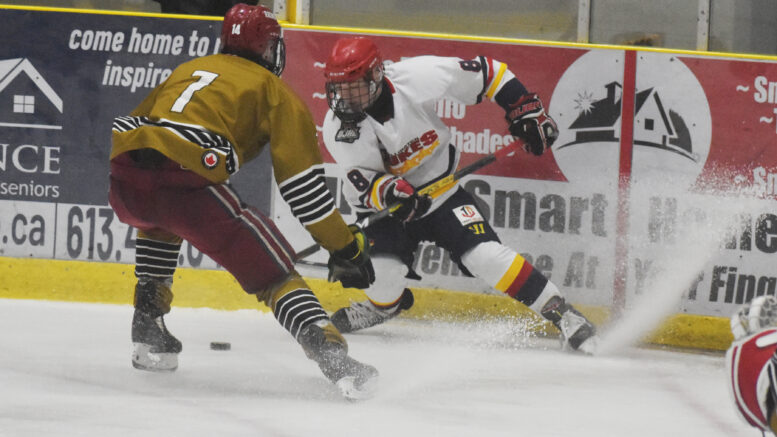 The Wellington Dukes are off and running -well,  perhaps walking at a brisk pace- in their 2021 Ontario Junior Hockey League preseason schedule.

The Dukes managed to edge the visiting Trenton Golden Hawks on Saturday 4-3 in the home portion of their home-and-home series but were not able to keep up with the host Hawks on Sunday night in a 6-0 whitewash. 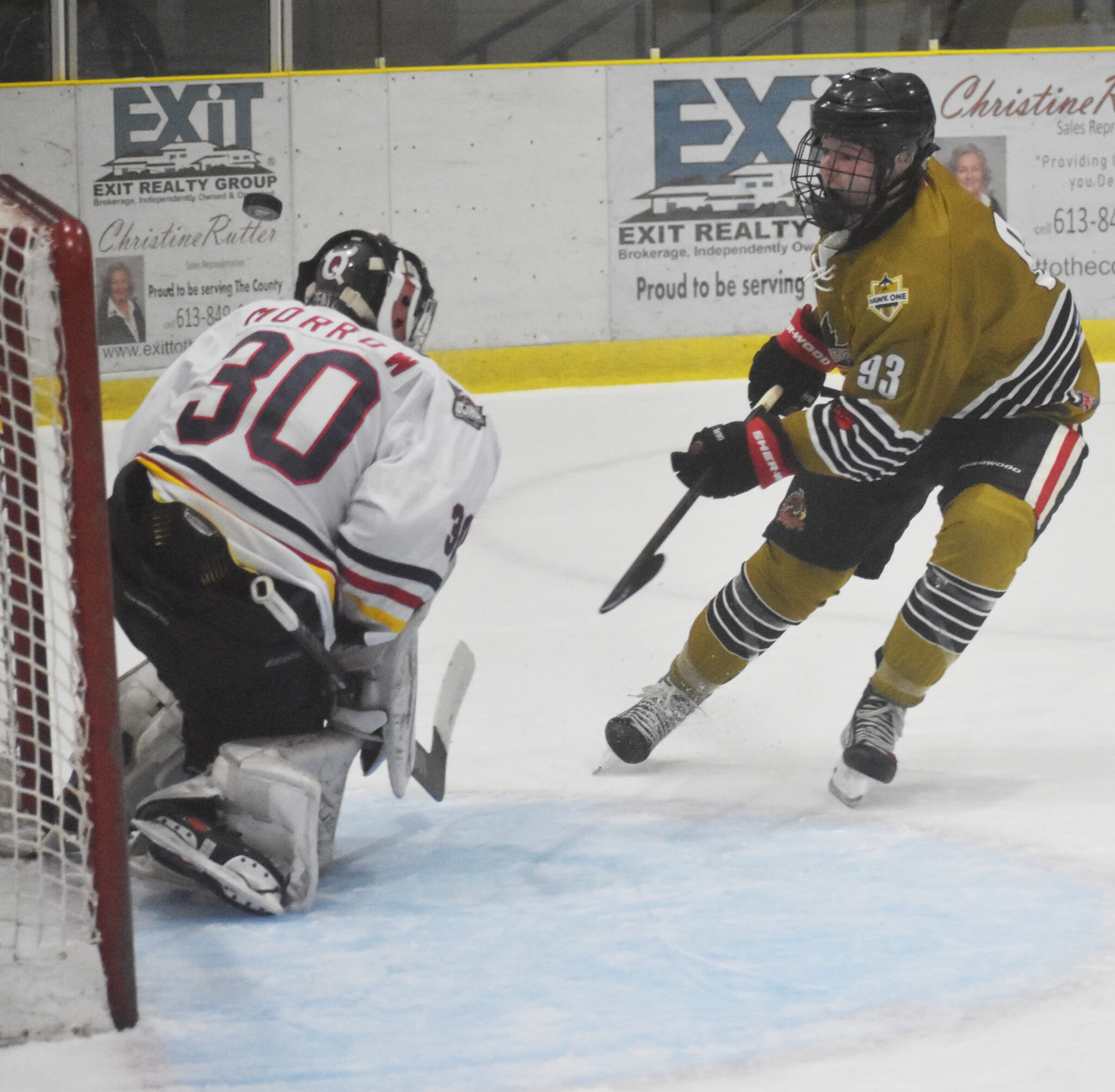 Cole Williamson had a single.

The Dukes were unable to beat the tandem of Ethan Taylor or William Nguyen while Wellington’s Ethan Morrow took it on the chin, allowing five of the six Trenton goals in his 25 minutes of work.

Quinte Red Devil Brady Spry made nine stops in the third frame in his lone period of action.

It was Spry who starred a day prior, making 18 stops in his 30 minutes of action- many of the scintillating variety.

On Saturday, the Dukes were staked to a 1-0 lead in the first when Will Mitchell scored on a nifty individual effort at the 8:32 mark.

Up 1-0 after one, the Golden Hawks tied the game part way through the second as a Cole Campbell shot to the far post was kicked out by Spry. Unfortunately for Wellington, Dylan McElhinny was lurking near the far dot and snapped home a rebound at 12:43.

But under a minute later, the Dukes lead was restored when Picton Pirates alums Cole Lavender and Jacob Dietz combined on the Wellington native’s first of the preseason 50 seconds later, beating Trenton starter  Andrei Ballack.

The Dukes increased the lead about three minutes later when Brady Darrach converted on a Connor Hunt pass at 16:37.

Trenton was able to get the game back to even with a pair of goals in the this as Matt Cato and Riley Kulgerman beat Dukes reliever Ethan Beattie.

But Wellington’s Hunt combined with Darrach just 20 seconds after the Trenton equalizer to push the locals ahead to stay 4-3.

Up next for Wellington, the club plays a home and home with the Central Canadian Hockey League’s Carleton Place, hosting the Canadiens on Friday night and making tracks eastward on Sunday afternoon.