Judging the winners and the losers in the 2021 Federal Election as the $600 million worth of dust settles…and reveals nearly the exact same picture federally with a much more desolate landscape in locally.

Winner- Ryan Williams. The Belleville hotelier will be soon ensconced within the opposition apparatus at the House of Commons and rightfully so considering the time and money he spent on earning the honour become the next Member of Parliament from the Bay of Quinte. Shooting to political prominence recently through his work on Belleville City Council, Williams comes to the trade honestly through his late father John Williams, one of the best local mayors this region has ever seen. There could be big things in Bytown for the junior Williams if can continue to develop his voice and hit the ground running in Ottawa.

Loser- It’s difficult to label outgoing MP Neil Ellis but politics is blood sport and there can be only one victor. Ellis served this community well over the last six years and brought major federal and multibranched government improvement projects to his home riding. Agriculture, infrastructure improvements and social supports all came with regularity to the Bay of Quinte region as Ellis was a loyal back bencher in Prime Minister Justin Trudeau’s government. While he’s already ruled out a return to the federal level, this region could use more of the ‘Neil the Wheel’ in politics.

Winner-The email inbox of the Picton Gazette. No longer inundated with the minute-by-minute movements of party leaders by way of infinite pieces of electronic correspondence, deleting such missives will no longer be an hourly task. Hey, simple blessings and all that. Losers- The residents of the Bay of Quinte. Voters always get the government they deserve and that’s the beauty of democracy. The other truth is that the electorate is never wrong. But the rub here is that while the Bay of Quinte had been a red oasis in an Eastern Ontario blue sea of opposition since 2015, Williams and his neighbours Shelby Kramp-Neuman and Michelle Ferreri -all first time MPs- now will try to improve things for Eastern/Central Ontario from the left side of the house.

Perhaps it will be easier in a minority government setting but if we are betting, there will be a lot more barking dogs and a lot fewer federal government announcements in this part of the world for the next 18 months.

Loser- People’s Party of Canada leader Maxime Bernier. This corner readily admits the PPC’s proposed policies when it comes to immigration, vaccination, and governance are a frightening reminder of the hellscape that paralyzed the United States over the last four years and seeing staffers at the Saskatoon Inn beg and plead with his supporters to don masks and social distance Monday night was theatre of the macabre.

Watching Bernier’s bid to bark from the seat representing Beauce, QC go up in smoke was satisfying if we are being honest.

Winners- The People’s Party of Canada. While there’s no seat in the House of Commons for the party of purple in 2021, the ability to appeal to the angriest voters in Canada has become a nice little cottage industry and their popular vote share hobbled the Conservative Party of Canada in ridings where there was hope for a break through. As frustrations grow amongst the freedom-loving malcontents due to the pandemic, it’s quite likely the PPC’s popularity will grow in lock step.

Winner- Prime Minister Justin Trudeau. He’s a winner (barely) as his gamble of a short election campaign in a pandemic didn’t backfire and the result is a push of the political football down the field a few yards. Nothing ventured, nothing gained we suppose but PMJT stays in place for a little while longer.

Losers (Potentially)- The Liberal Party of Canada. Where does the leadership lead from here? If Trudeau doesn’t do the right thing by stepping back and allowing the party to evolve under someone else’s voice, the rot that crippled the end of Paul Martin’s tenure will surely reappear in another form. If Trudeau was the wunderkind many inside the Big Red Machine believe him to be, he would have woken up to a majority government Tuesday morning. He didn’t and the Liberals should be led by someone else next time out. 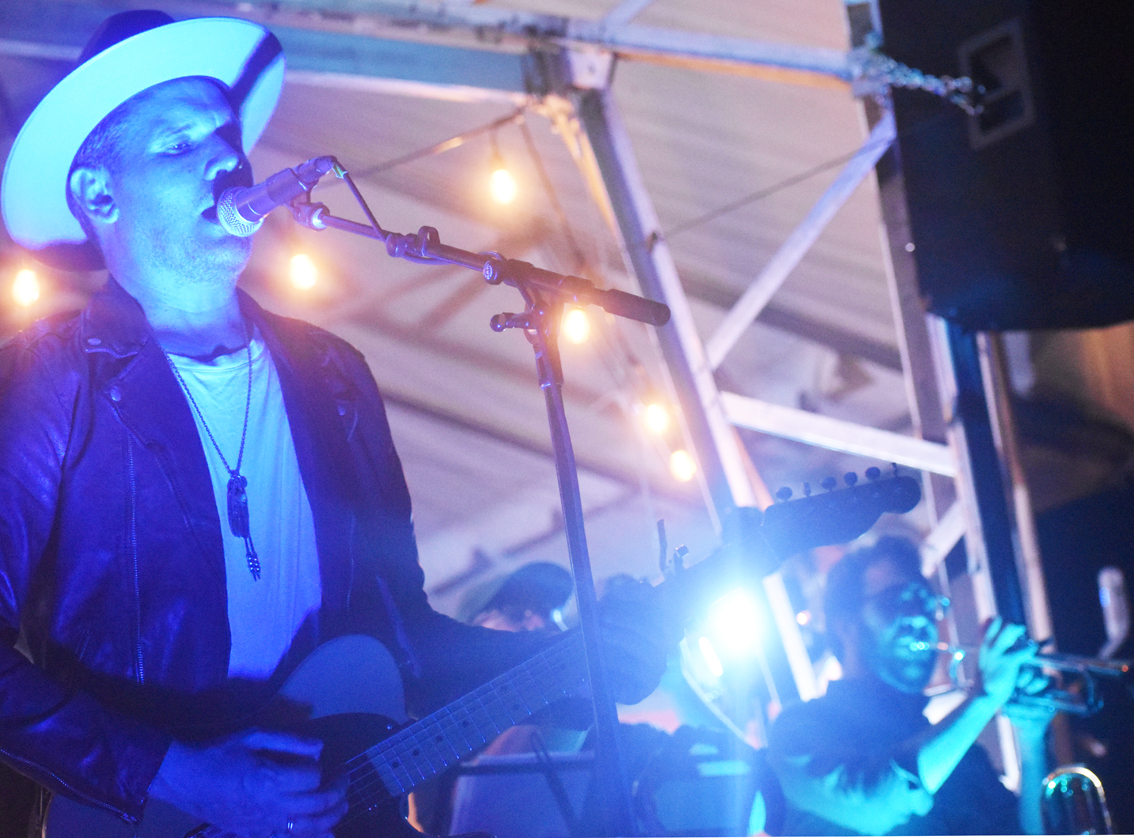 THE WEIGHT – Tommy Youngsteen’s Alan Snoddy leads the group through The Band’s Up on Cripple Creek during the group’s presentation of his songs by the Canadian Super Group at the Eddie Hotel and Farm on Friday night. Tommy Youngsteen returns to Prince Edward County and the Regent Theatre on Saturday, Nov. 13 when they present their popular Rumors show when they offer up the hit record recorded by Fleetwood Mac. For more information or to purchase tickets visit www.theregenttheatre.org/buy-tickets . (Jason Parks/Gazette Staff)