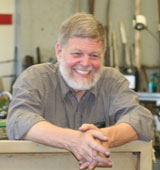 George Alfred Knight
1941 – 2021
~ a beautiful mind ~
It is with profound shock and sorrow that we announce George’s sudden passing at Kingston General Hospital on Sunday, Sept 19. Predeceased by his parents, Hector and Olive Knight, he is survived and greatly missed by his beloved and loving partner, Stefanie, who has been and always will be in awe of him; by his best friend and “adopted” son, Jason Alford (Trish); by his longtime dear friend, Nancy Erwin Knight; beloved brother, Doug (Margaret); dear cousins, Mary Anne Kukoly, Richard McCosh, Dale Knight; “brother”, Jan Brochocki; nephews, John, Andrew, and Konrad, and many other family members. His loss will be greatly felt by a multitude of friends and former colleagues and students. George was born in Wroxeter, Ont. Later, in his teen years, the family moved to Picton. George has had a long, varied, and distinguished teaching career in four counties. He taught at both the elementary and secondary levels and also served as principal and vice-principal. His career culminated in his being awarded the Ontario Premier’s Teaching Award in 2009. His work with a group of Napanee students in producing a solar-Stirling engine attracted the attention of David Suzuki and other prominent alternative energy proponents worldwide when the students were asked to present at the World Wind Energy Conference. As a result, in 2009, he was presented with the PEC Civic Recognition Award. He taught virtually every subject, but machining was always nearest and dearest to his heart. Thanks to George and his students, the clock on the Picton United Church tower is operational and keeping good time. George has advocated strongly for alternative energy sources in The County and worldwide. He was among the first in the County to install a Microfit Solar Energy system at his home. At one time he developed machinery to produce windmill blades. He pushed for more and better technological education in schools. Equipped with an extraordinary intellect, energy, and creativity, and a talent for collecting machinery and auto parts, he conceived projects that would have required several lifetimes for him to complete. It was well known that for anyone needing some obscure replacement part or a tool (of any size) George was the person to contact. Decades ago, with a talented team he assembled, he developed a highly advanced computer control system for machinery, a system that still would be competitive today. An avid motorcyclist, he loved touring North America with friends. George was active for many years with the Bay of Quinte Power Squadron, serving as vice president and obtaining the rank of Senior Navigator, and also teaching many of the CPS courses. He was instrumental in establishing speakers’ nights that presented an array of talent in the boating field. In recent years his attention was drawn to establishing the land speed record for steam-powered automobiles. He joined the Steam Automobile Club of America where he was elected as vice-president and joined the team that produced and ran a steam-powered car at the Bonneville Salt Flats in Utah. It was an attempt to establish a new land speed record with steam. The vehicle managed to exceed the established record speed, but an end-of-course crash prevented the second run for the official record. Undaunted, George was presently working on a new and innovative engine to be used in a future attempt at setting a record. His creative energy and drive will be sorely missed by the team. What may not be known, except to those who benefited, were his quiet acts of charity, generosity, support, and kindness to those he cared about. We will miss his wit, his charm, his unique sense of humour, and his boyish good looks. George, smiling and forever young, occupies a place in our hearts that could never be filled by anyone else. Much gratitude is due to the wonderful doctors, nurses, and support staff of KGH Davies II ICU, especially Michelle, Mikaela, and Jeff, who did everything they could to try to keep him with us and to comfort us. Arrangements through Rushnell Funeral Home – Picton Chapel. Cremation has taken place. An online memorial and condolences may be shared at www.rushnellfamilyservices.com. A celebration of George’s life will take place at a future date (TBA) when all can gather safely to honour him and share memories and laughs. Donations in memory of George may be made to the Princess Auto Foundation (supporting skilled trades education), Kingston General Hospital, or the humane society of your choice.