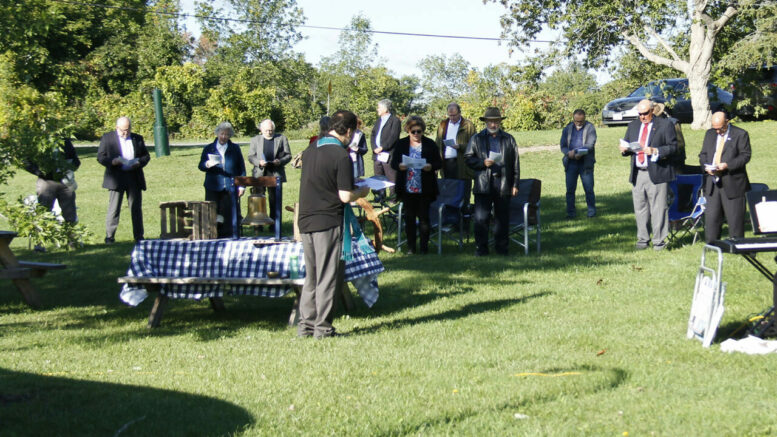 REMEMBERING MARINERS The annual Mariner's Memorial Service was held over the weekend between South Bay United Church and the Mariners Park Museum with around 20 people in attendance. (Desirée Decoste/Gazette staff)

With around 20 people present, the annual Mariner’s Memorial Service took place over the weekend on the grassy knoll between South Bay United Church and the Mariners Park Museum in Milford.

The service, an important tradition that serves to remember county folk that did their work either close to home or around the world on the water, has been taking place since 1926.

Both the Mariners Park Museum and South Bay United Church wish to ensure the tradition continues.

The new Minister of the church, Rev. Pieter le Roux led the service and spoke about his Grandfather being a fisherman his whole life.

“My grandfather often told me about being at sea,” Rev. Pieter expressed. “He was a fisherman his whole life, he had a big fishing troller, an 80 ft vessel, would go out into the deep waters and he had all these stories about the sea, the beautiful sea, but what a terrifying place it can be.”

A poem about someone living a life at sea by the name ‘I Am Standing Upon the Seashore,” by Henry Van Dyke’ was read by Mayor Steve Ferguson. 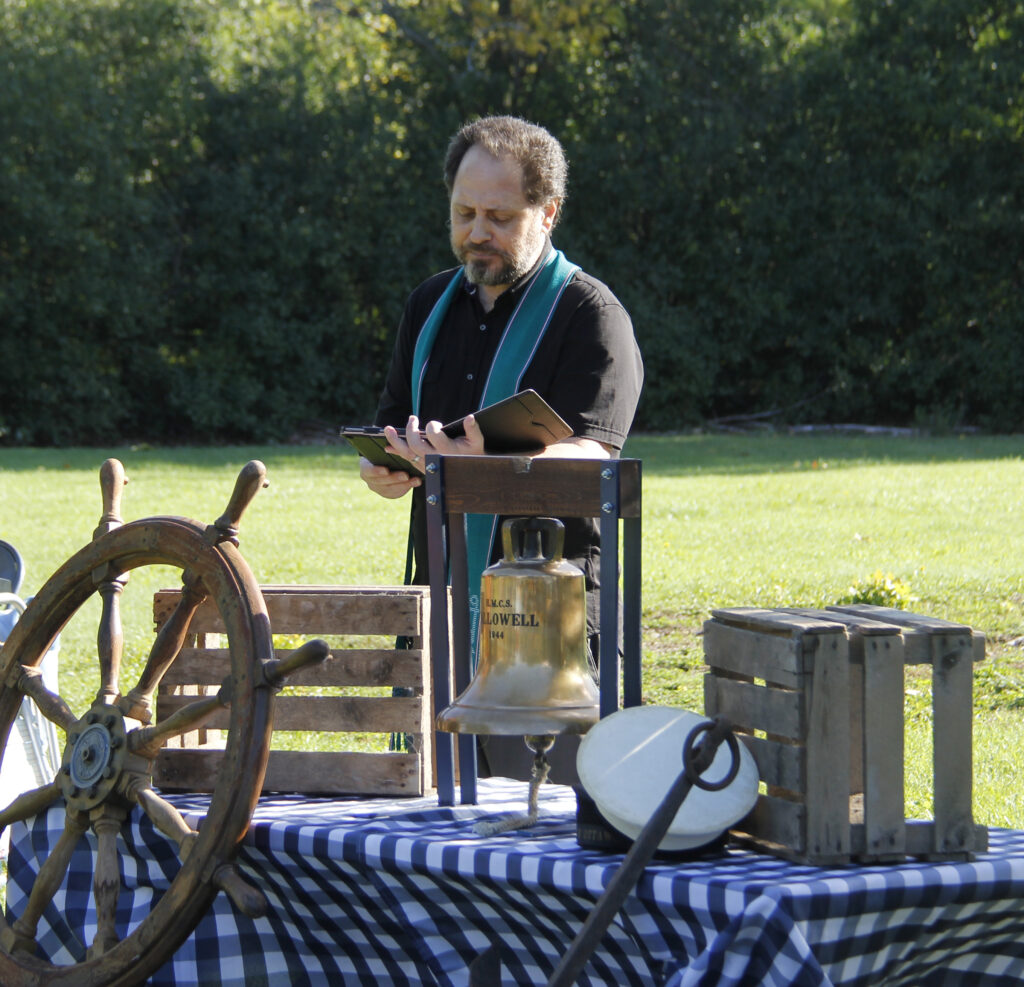 Rev. Pieter along with Jessica Chase, Assistant Curator of The County Museums, read the names of the people on the honour roll and tolled the bell after each name.

“Those who have served at sea all know at the end of the day they toll the bell, that use to be the tradition,” said Rev. Pieter. “They toll the bell and that marks the eternal crossing of time at sea and so this morning we are here to honor the names of those on the honor roll and we will toll the bell as we remember them and we will mark the end of their final watch, and in our hearts we join together and say well done, it was a great voyage and you have served your watch, you have completed your final watch, now rest in peace.”

The Last Post was played by Kevin Gannon on the trumpet as well as Reveille.

The service was closed with the hymn ‘Nearer, My God, to Thee’.