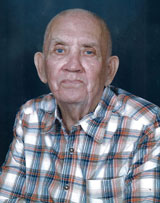 William Richard ‘Bill’ Hayes
Suddenly entered into rest at the Belleville General Hospital on Thursday, September 30, 2021, Bill Hayes of Hallowell House, and formerly of Picton died at the age of 87. He was the son of the late Ernest & Marguerite Hayes (nee Hamilton) and husband of the late Angela. Bill was the loving father of Ernie, Francene (Steven Lloyd), all of Picton and Robyn (Robert Burns) of Demorestville. He was the dearest grandfather of Mitchell, Taylor, Josephine, Owen, Joshua and Keith. Bill is predeceased by his sister Frances Genereaux and he will be fondly remembered by his many nieces and nephews. Mr. Hayes is resting at the Rushnell Funeral Home – Picton Chapel, 33 Main Street West, Picton (613-476-2450) for visitation on Sunday from 6-8 p.m. Funeral Service in the Chapel on Monday, October 4, 2021, at 1:30 p.m. with Rev. Audrey Whitney officiating. Interment Bowerman McFaul Cemetery. If desired, donations to Diabetes Canada would be greatly appreciated. Online condolences can be left at: www.rushnellfamilyservices.com