Disgusting doesn’t even begin to describe the actions of anti-vaccine protestors blocking ambulances from accessing Vancouver General Hospital last month and the continual caterwauling that’s coming from a group that seems to have all the right answers to what’s wrong on this earth.

Equally as disturbing were the reports of demonstrators preventing cancer patients from parking near that same hospital. Instead the patients were forced to walk through an angry mob of unmasked people in order to reach their vital medical appointments. Any one with any sense knows patients undergoing chemotherapy have extremely compromised immune systems-even without a pandemic they’d be at risk of infection in a large crowd of strangers.

Then again any one who would put others in harm’s way just to draw attention to their cause probably doesn’t have much sense to draw upon. These disturbing displays are not the best way to gain public sympathy or convince others they’re on the right side of the issue, either. The troubling news wasn’t limited to the west coast. Healthcare professionals across Canada have reported being harassed and threatened from individuals who refuse to get the vaccine. The same healthcare workers who have been working round the clock-often risking their own health in the process-now have to deal with these selfish dunces.

In the United Kingdom, there’s been reports of anti-vaxxers breaking into hospitals and “breaking out” patients that are suffering from COVID-19 and obtaining treatment. Think about how far down the rabbit hole of reprehensibility someone would need to be to try a jail break exercise in a hospital.

Retaining quality healthcare employees was always going to be a challenge in the wake of the pandemic. The behviour of a small, but disproportionately loud, group of people will only serve to compound that problem. Disappointing as their actions have been, they aren’t exactly surprising either. The implementation of vaccine passports was always going to be a controversial measure. There’s essentially two ways looks at the passports-carrot or stick. They’re either a reward for those who have gotten the jab and can now safely enjoy certainly privileges such as frequenting non-essential businesses or dining indoors. It’s also a benefit for small businesses that have less risk of having to survive yet another lockdown due to rising COVID-19 case counts. Others will view it as the stick-a means of forcing people to get a vaccine they don’t want to get, for whatever their own reasons might be.

Regardless of how people see it, lashing out at medical professionals simply doing their job is inexcusable. While most health experts may support the measures, they’re still not the ones in charge of putting them in place. Accosting them puts others at risk and serves absolutely no benefit to anyone. In the early stages of the pandemic many of us not in the medical field were quick to heap praise on those willing to work the frontlines. As we’ve all grown tired of the safety measures put in place to limit the spread of COVID-19, healthcare workers have continued to work tirelessly to keep our communities safe. They don’t have the option of tuning out the news and ignoring the latest projections. For that reason, and several others, they deserve nothing but respect and admiration.

Just because people have gotten tired of dealing with the pandemic doesn’t mean frontline workers are no longer super heroes. Let’s hope the support of the majority of the country is enough to drown out those unable to think of someone other than themselves.

Adam Prudhomme in Managing Editor of the Napanee Beaver 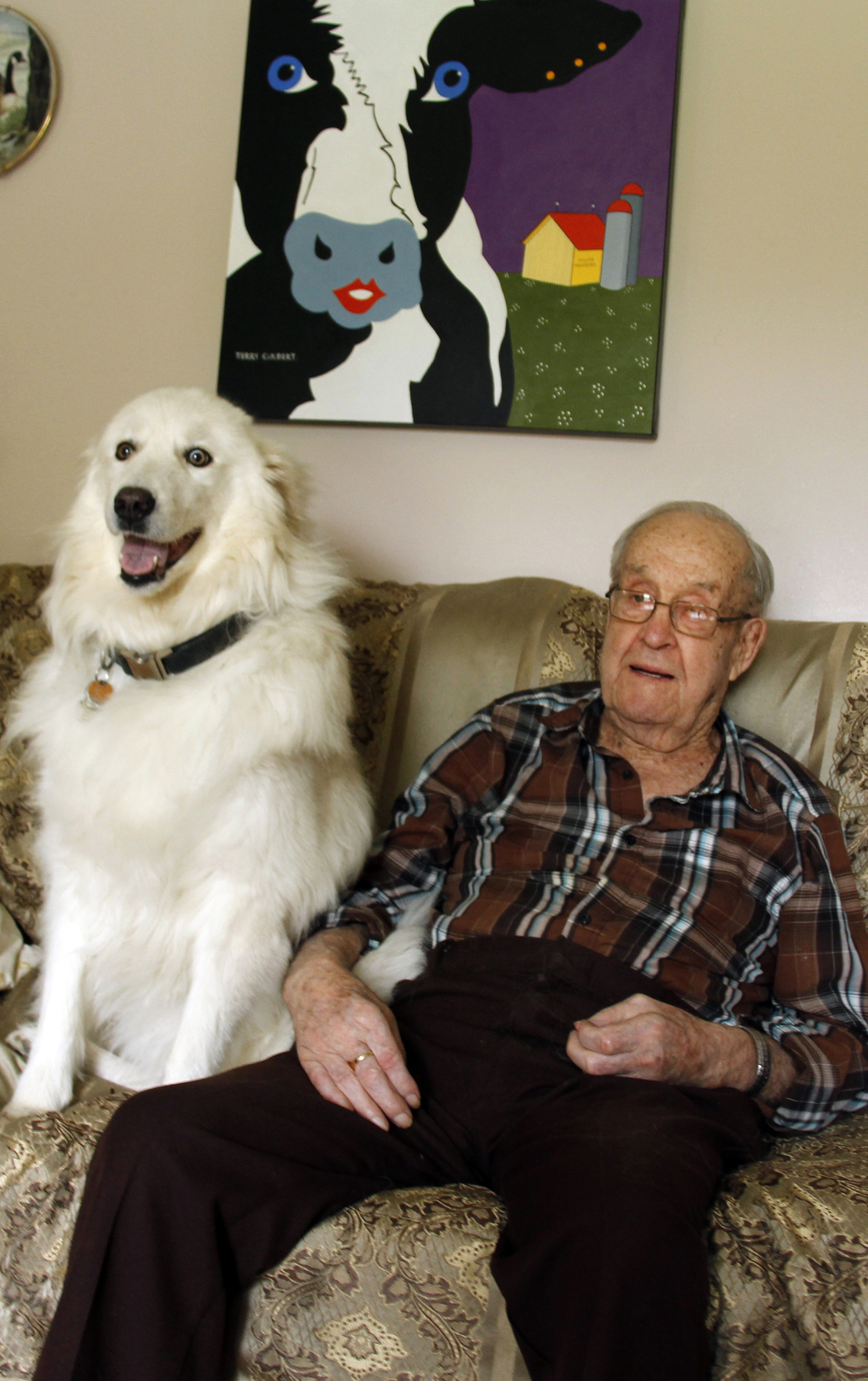 IT’S NICE TO HAVE A GOOD FRIEND – Picton’s Jearl Miller will celebrate his 105th Birthday on Friday.  A retired dairy farmer and veteran, Miller’s mother and father worked for the infamous Claude ‘King’ Cole in 1916. Born in Picton’s Hill St. hospital, Miller is one of the few people that can say they were conceived on Main Duck Island. (Desirée Decoste/Gazette Staff)