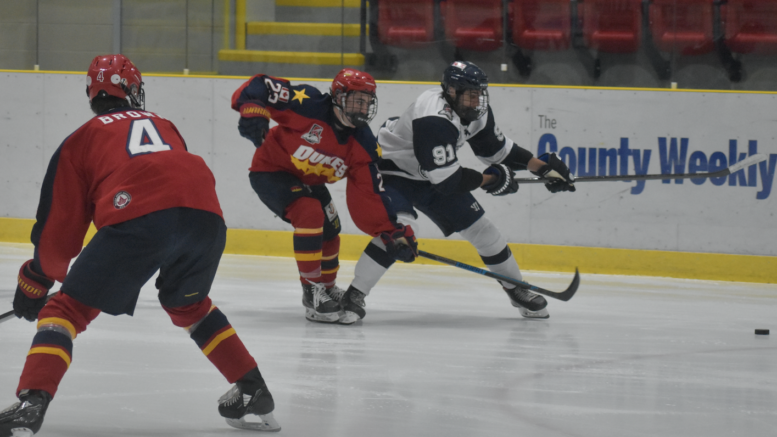 If there’s anything to glean from the first four outings offered for public consumption by the Wellington Dukes, it’s the Jr. A hockey club has been wonderfully consistent at being inconsistent.

For a second straight weekend, the locals had an up and down set of games. On Friday, the club was able to expertly handle the former Whitby Fury-turned-Haliburton County Huskies.

But then on Sunday, the Dukes looked to be in a tryptophan trance as a Thanksgiving match up at Lehigh Arena with the St. Micheal’s Buzzers went the way of the visitors.

The one-for-two weekend left Wellington at a 2-1-1 mark to start the 2021-22 Ontario Junior Hockey League campaign.

Not a disastrous start to be sure but for a team that has designs on making a foray for the Buckland Cup, the gaps in Wellington’s game must be bridged sooner rather than later. 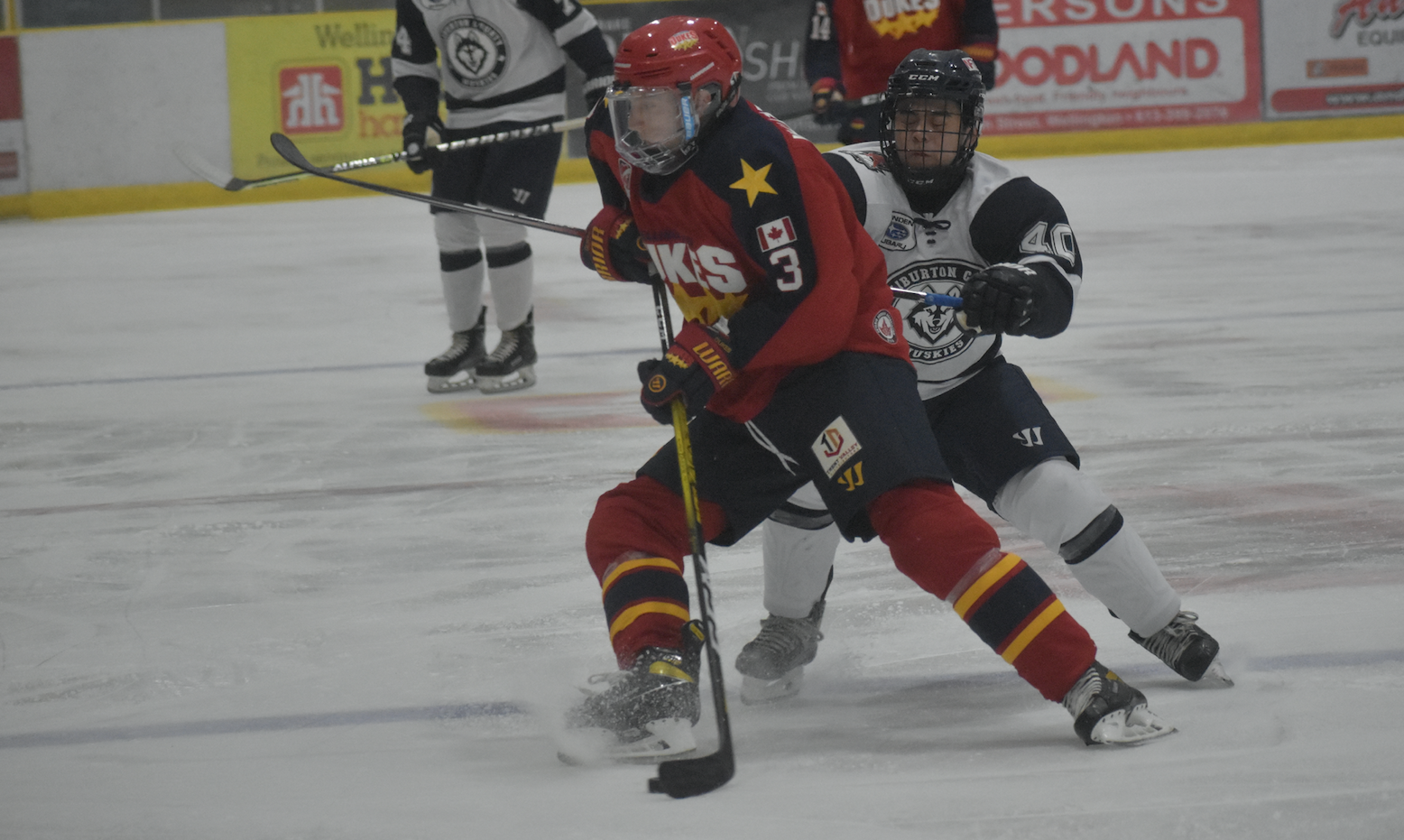 Down 5-2 on Sunday with under five minutes to play, Wellington mounted a late game come back with a pair of goals that dressed up a ho-hum outing.

“That’s a young and skilled St. Mike’s team and I thought we had a bad work ethic Sunday afternoon,” Smith told the Gazette. “We have to develop an identity about what type of team we are going to be and we have a combination of young guys in their first year of junior and some veterans that haven’t been relied upon to be impact players in their career. Players from both those sides need to step up.”

Wellington led 1-0 after a period thats to a Cameron Kosurko goal at 11:32 of the first but the Buzzers were able to forge in front in the second.

Brad Somers and Bryce Sutherland set each other up for tallies in the middle frame to give the Buzzers a lead they would not relinquish.

Giacomo Martino would pot a power play tally at 4:51 of the third to make it 3-1 Buzzers.

Jacob Vreugdenhil would get one of the goals back at 16:08 and Liam Whittaker’s first of the season with Dunsmoor on the bench and four seconds on the clock made the game closer than it was.

On Friday, Wellington’s 16-year-olds carried most of the mail in a 5-1 win over the Huskies.

Freshman Will Mitchell led the Wellington attack with a pair while Quick counted for a single. Payton Schaly and Emmet Pierce also counted for the Dukes.

Wellington starter Ethan Morrow made 29 stops for the Dukes.

The club is in Lindsay today for a 2:30 p.m. puck drop and then travels to North York on Wednesday to play the Rangers.

Smith was hopeful for some good news from sick bay as the club battles the injury bug.

“Starting out from camp we’ve been happy with the make up of our team but it’s been tough to field a full team,” Smith said.