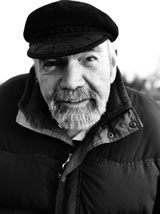 John Paul Ludger Harney
Our dear John Paul left us October 4, surrounded by his loving family in Picton On.
He was born February 2,1931 in Quebec City to Blanche Lemieux and William Harney. John Paul received his MA from Queen’s University and joined the Queen’s pipe band where he developed his fondness for the bagpipes.
He was a founder of the federal NDP and ran for the NDP leadership in 1971 and 1975. In 1972, he was elected to Parliament as the NDP member for Scarborough West. He was elected Chef du NPD-Quebec in 1985.
John Paul was a professor of English at the Collège Militaire Royal and the Ontario Agricultural College in Guelph. He taught English and Humanities at York University’s Atkinson College and co-created their Canadian Studies course. He passionately believed that education should be universally accessible to working men and women.
John Paul was a frequent electoral pundit on Radio-Canada/CBC and proudly served as part of a delegation of retired MP’s sent to oversee and support fair elections abroad, notably in Ukraine and Banda Aceh.
John Paul could wax eloquent on almost any subject, always with his trademark ironic wit. He lived for many years in the old stone mill at Glenora with his former partner Catherine.They travelled far and wide and sailed together in John Paul’s beloved Nagual. He was happiest when his home was filled with family and friends. John Paul was a published poet, punster, sports car aficionado and bagpiper with the 8Wing CFB Trenton Pipe and Drum band and the Picton Legion Pipe Band with which he played all across Ontario and beyond. To the delight of the ferry captains and onlookers, John Paul piped in the Glenora summer ferry every June. He was a skilled sailor and lifelong lover of wooden boats. His beloved Canari was a legend in Tadoussac and the St. Lawrence and the Prince Edward Yacht Club will forever miss the sight of John Paul sailing his Nagual down the reach.
John Paul was a loving Dad and Grandpapa and his humour, intellect and love of life will be dearly missed by all who knew and loved him.
He is survived by his children: Michèle (John), William (Beverley), Katherine and Julian (Kim), their mother Julia and Jessica and her mother Elizabeth. John Paul leaves his grandchildren: Joshua, Lauren, Benjamin, Regan, Pauline, William and Raphael and great-granddaughters Cameron and Charlotte.
Dearly missed by brother Mike and his wife Anne, sister Deanna and sister-in-law Anne Lowe along with many friends, nieces and nephews. Pre-deceased by his sister Theresa.
The family extends heartfelt thanks to the staff and nurses at HJ McFarland Memorial Home for their unwavering compassionate and professional care of John Paul.
A La Prochaine Jean-Paul.
An aged man is but a paltry thing,
A tattered coat upon a stick,
unless Soul clap its hands and sing,
and louder sing For every tatter in its mortal dress,
W.B.Yeats
Messages of condolence c/o Rushnell Family Services: picton@rushnell.com
Celebration of Life Sat., October 16 at Prince Edward Yacht Club, 1-4pm. Proof of vaccination required.
** There will be access to a celebration of life for John Paul via Zoom @ this link: https://us02web.zoom.us/j/84958183213?pwd=cHlvZjNlYVpCakgvbUZYYjNJSFVFZz0
Oct. 16, 1-4 pm Meeting ID: 849 5818 3213 Passcode: 781104