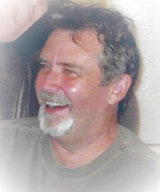 Suddenly entered into rest at his home, on Thursday, October 28, 2021, Mike Atkins of R R 3, Picton died at the age of 69. He was the son of the late A. Herbert & A. Merle Atkins (nee Livingstone) and cherished husband for 44 years to B. Joan “Joannie” (nee Pankhurst). Mike was the loving father of Michael James “MJ” and his wife Jessie of Victoria, British Columbia. He is survived by his sister Patricia “Pat” Atkinson of Oshawa, and he will be fondly remembered by several many nieces and nephews. Mr. Atkins is resting at the Rushnell Funeral Home – Picton Chapel, 33 Main Street West, Picton (613-476-2450). In keeping with Mike’s wishes, cremation has taken place. If desired, donations to the Heart & Stroke Foundation or a charity of choice would be greatly appreciated. Online condolences can be left at: www.rushnellfamilyservices.com