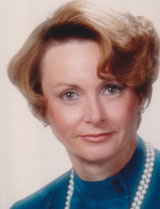 It is with great sadness that we announce the passing of Geri at Belleville General Hospital on October 25, 2021 after four battles with cancer. Geri faced her illness with grace and dignity, exceptional strength and a positive attitude that inspired confidence in everyone around her. She was as vibrant and energetic as they come. Never without an errand to run, a family gathering or a special engagement with friends, she was never one to slow down. Everyone who knew her how well understood how strong willed and determined she could be. Geri and her late husband John travelled the world enjoying all different cultures, people and styles of living. At different times throughout their marriage, they lived in the Bahamas, England, France and Canada. After retirement they moved from Sudbury to Prince Edward County and were passionate about growing organic vegetables which they sold to several local restaurants and to the public. Geri was born and educated in Sudbury, loving daughter of Anne and Emil Buda, sister Carol Anne and husband John all predeceased. Geri is survived by her sister Dorothy and brother Daniel. She will be missed by her many cousins in Canada and the United States and her nieces and nephews in England as well as her many friends and neighbours. At her request, there will be no Memorial Service. A gathering of family and friends will take place at a later date. Donations to the Prince Edward County Memorial Hospital Foundation will be gratefully received in Geri’s memory. The family wishes to thank Geri’s many doctors and nurses for their kind support, dedication and care.